Yesterday I finally got to see a Rough-legged Buzzard during this autumn's influx. When we arrived the hill tops were shrouded in fog, so we weren't very hopeful. Eventually the fog started to clear, and we reached a suitable place to scan the moors. Straight away we were on to a typical juvenile Rough-legged Buzzard. We got some great views of it, before it flew over a hill and out of sight. Shortly after a darker-looking bird appeared and continued to show over the next couple of hours. Unfortunately it never came close enough for decent photos.

We also saw another 4 species of raptor in the area, which rounded off a great day's birding. 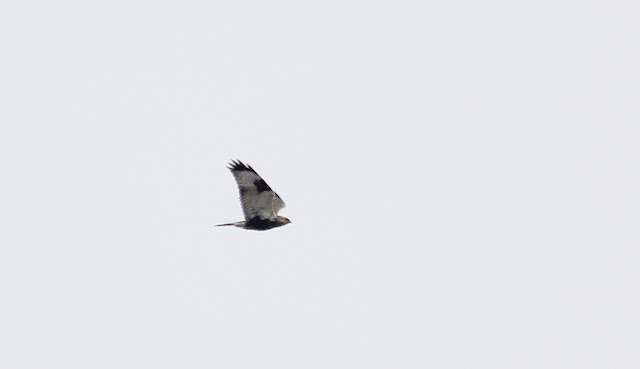