We had a couple of hours to kill this morning, so we set off for one last brief look at the patch especially with the good weather forecast. It turned out to be a lot better than we were expecting...

One the way we stopped at Widdrington Moor Lake where there was no sign of the Bewick's Swans, but a smart juvenile Great Northern Diver was on the north side.

When we reached the Budge Screen the number of ducks was impressive especially when they all flushed onto the middle of the water, with a couple of hundred Teal being the most numerous, and looking very smart in the sun. Also present were Wigeon and Mallard and 6 smart Pintail (5 drakes).

Then my Dad picked up the first-winter Long-billed Dowitcher sitting in the grass. It provided some nice scope views with it being a bit closer than when we've had it at Cresswell.

While watching the Dowitcher a Water Pipit dropped in on the edge of the water right in front of the screen allowing some brilliant views. A couple more birders arrived and the Dowitcher decided to fly off, later to appear back at Cresswell.

All of a sudden two Water Pipits flew out of the tussocks and headed off west, followed shortly after by a third bird which dropped in calling from behind us. The Pipits continued to be very mobile over the next half hour or so, regularly flying off and then dropping back in, when they would become invisible in the grass. 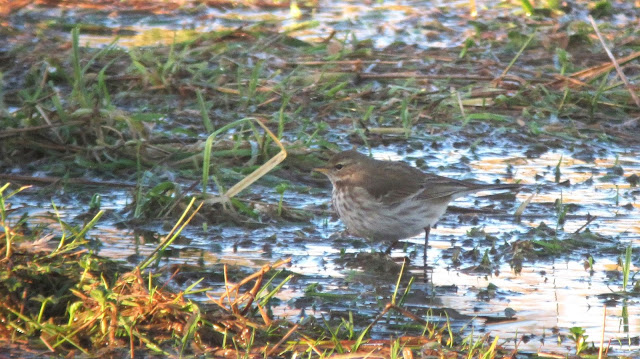 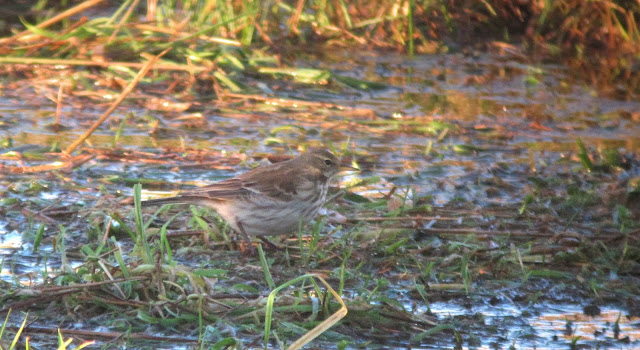 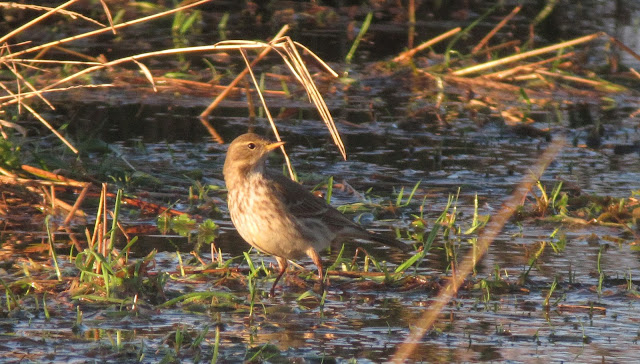 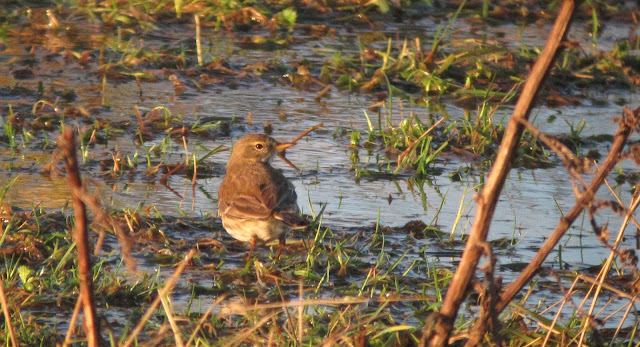 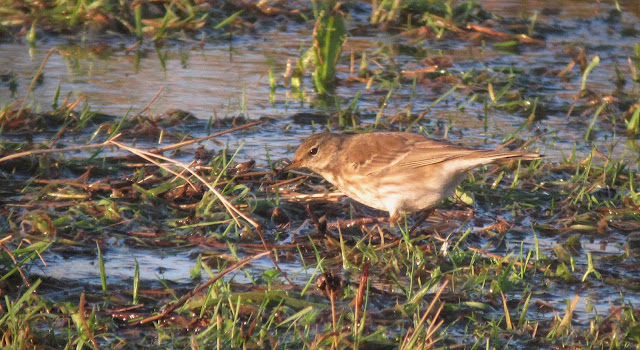