We headed to Hauxley for the open day hoping to catch up with the Spotted Sandpiper which had been on the reserve for the past week. We were especially keen to see it after missing the Alnmouth bird in 2013.

When we arrived in the top hide we had missed the bird by ten minutes. It was seen to fly off so we headed around to the wader hide only to see everyone pointing out of the window of the Top Hide! We rushed back to the hide and thankfully the extremely smart adult summer Spotted Sandpiper was showing well on the spit in front of the hide and continued to do so on and off for the next couple of hours.

Also while we were on the reserve we saw a juvenile Marsh Harrier flying over the car park where a Red Squirrel was on the feeders. Twos of Whimbrel and Pintail were also around.

A juvenile Marsh Harrier was also at Widdrington Moor Lake along with a Mediterranean Gull.

The juvenile Little Ringed Plover was still at Druridge Pools along with 5+ Ruff and Greenshank and the number of Black-tailed Godwits had increased to 24. 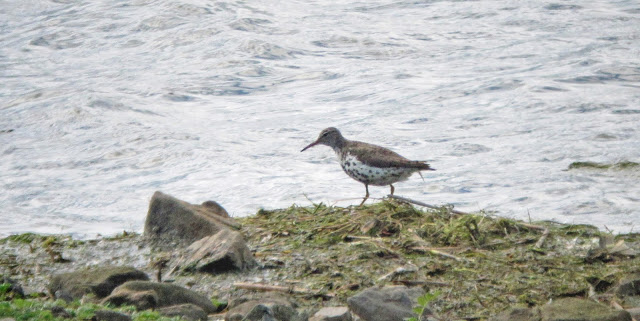 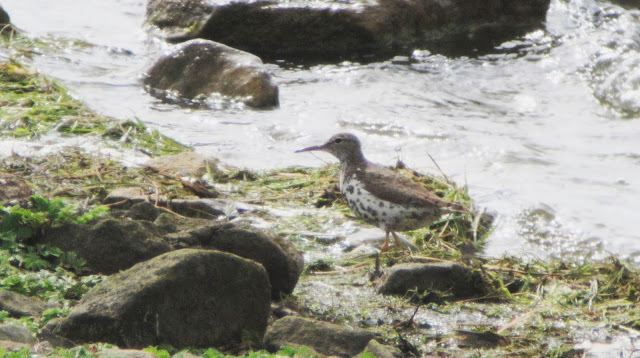 Spotted Sandpiper - sadly the light and distance meant I could not do the bird justice.