Many Wagtails were on the beach just south of St. Mary's Island today. The best was a male Blue-headed Wagtail. It showed very well at times with several White and Pied Wagtails. 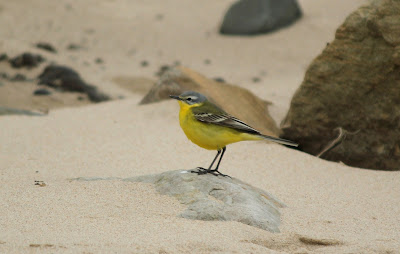 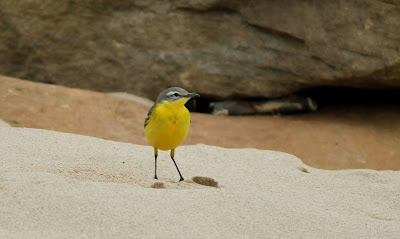 A quick trip up to Bothal this evening provided me with my first Scaup of the year as well as 8 Yellow Wagtails including the female which I think is a Blue-headed Wagtail. 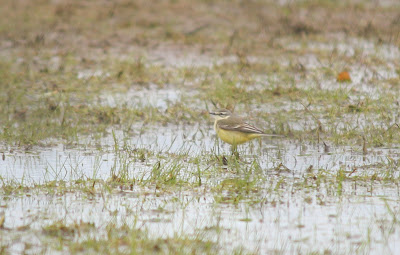 A trip around the usual sites in Druridge Bay was quite productive. Starting off at Linton Lane where a Arctic Tern was on the west pool there was also a Willow Tit and plenty of Willow Warblers. At Cresswell there was 6 Yellow Wagtails, 5 Avocets, a White Wagtail and 2 Long-tailed Ducks still. I also managed to catch up with a Garganey at Druridge Pools as well as a Marsh Harrier and at least 5 White Wagtails on a small flash north of the pools. Chevington was a little quieter, though theres was 3 Marsh Harriers, including a stunning male and an Otter. At Bothal there was another 6 Yellow Wgatils, including a female which showed a few features of Blue-headed Wagtail, though was probably just a British bird (comments welcome). 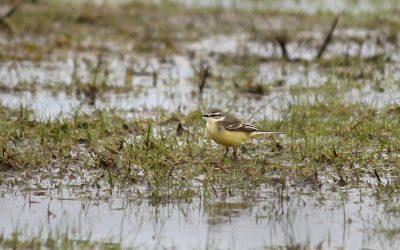 I hadn't had a tick for over 6 months until today. At first we didn't know where in Elba Park to look but thankfully another birder on site pointed us in the right direction. After about an hour the Little Bunting perched on a fence and showed intermittently over the next ten minutes. Unfortunately the light wasn't great so I had to make do with record shots.

A suprise trip to Teesmouth this evening provided great views of the drake Lesser Scaup at Saltholme as well as 3 Glaucous Gulls at Seaton Common. 2 Woodcocks were also seen while we were looking for Long-eared Owls. 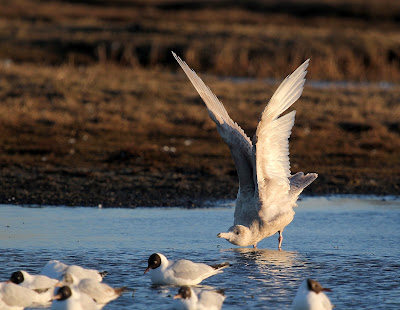 The Harthope Valley was very snowy this morning, so instead we went to the coast. Starting off at Seahouses, there were 2 Long-tailed Ducks along with a number of Eiders including a bird which had 'sails'. Next we went to Low Newton and when we sat dowm on the beach a White Wagtail came within 2 metres of us. There was also lots of Rock Pipits, several of which looed like Scandinavian birds. Unfortunately along the beach there was about 10 Puffin carcasses and around 5 Gulliemot carcasses along with a dead Razorbill and Eider. 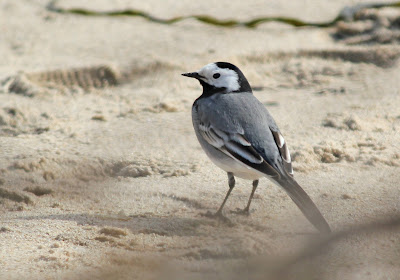 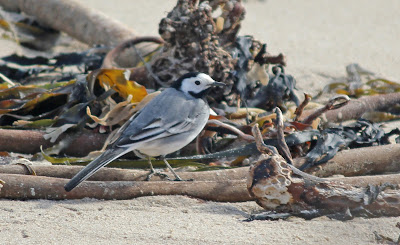 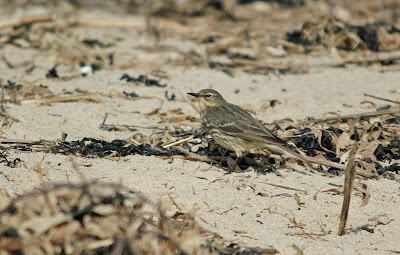 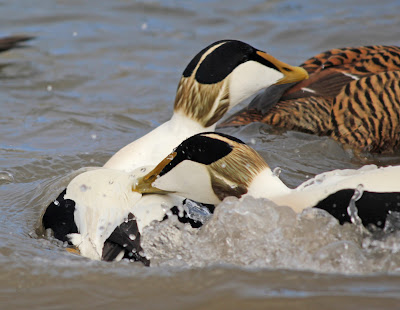 Over the past weekend I stayed in a cottage next to the River Tweed near Coldstream. It wasn't much of a birding holiday but I did manage to see a few birds, including 3 Whooper Swans, one of which was colour-ringed, a Peregrine and lots of common woodland birds, though I did manage to see an Otter within 10 minutes of arriving.