When a Yellow-rumped Warbler was reported in Co. Durham during the Big Garden Birdwatch I didn't expect to see it. It came as quite a surprise last night that they were trying to arrange access. As soon as we found out where it was, we set off to High Shincliffe. We arrived half an hour after the bird was last seen and over the next couple of hours a couple of people were just getting glimpses of the bird. It wasn't looking good.

3 Waxwings were trying to keep spirits up, but then the stunning YELLOW-RUMPED WARBLER was pinned down to some low bushes, in which it was feeding on fat blocks. It showed well for the next quarter of an hour, although partially obscured almost all the time. It proved very hard to photograph, so I only managed a few record shots. 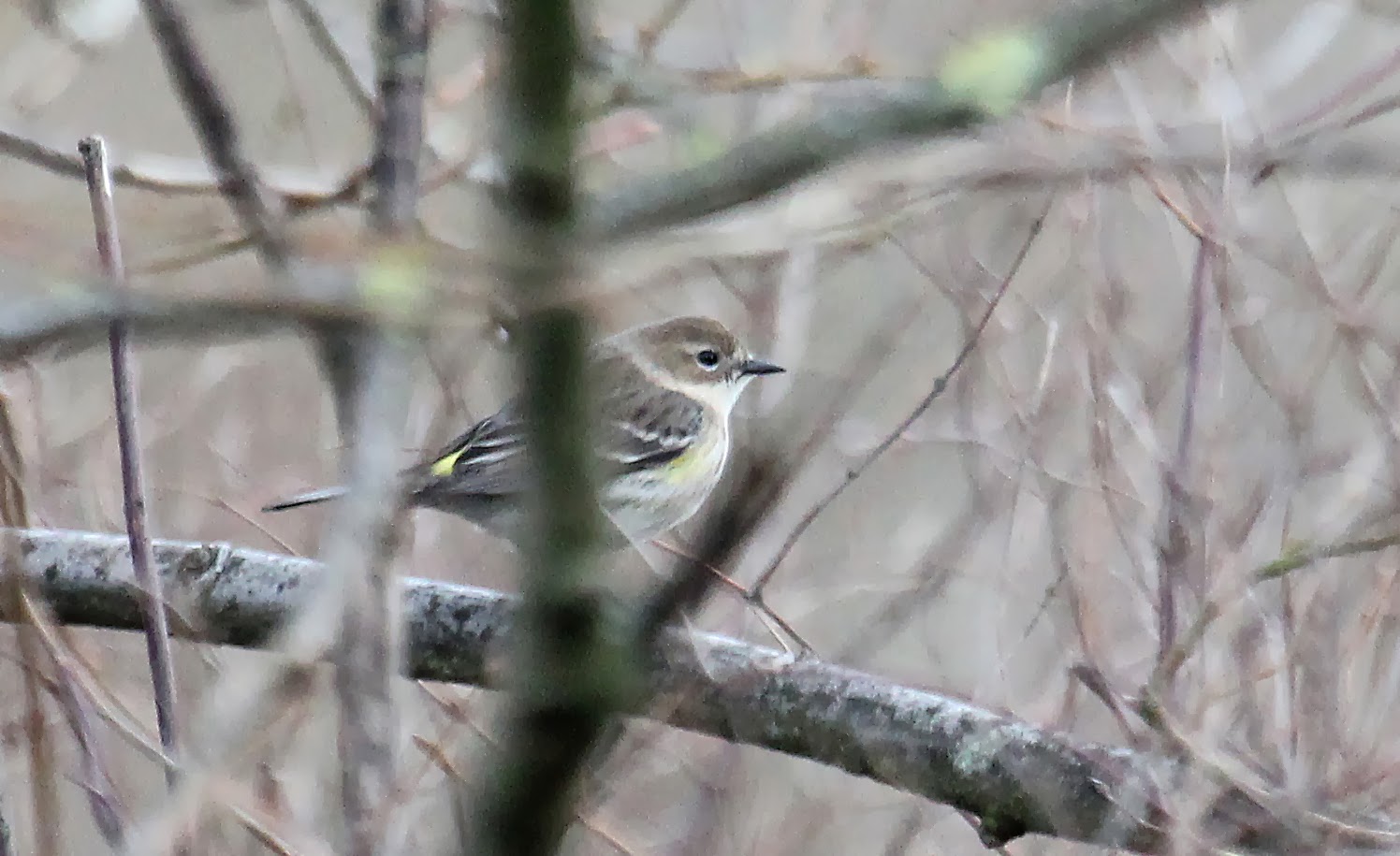 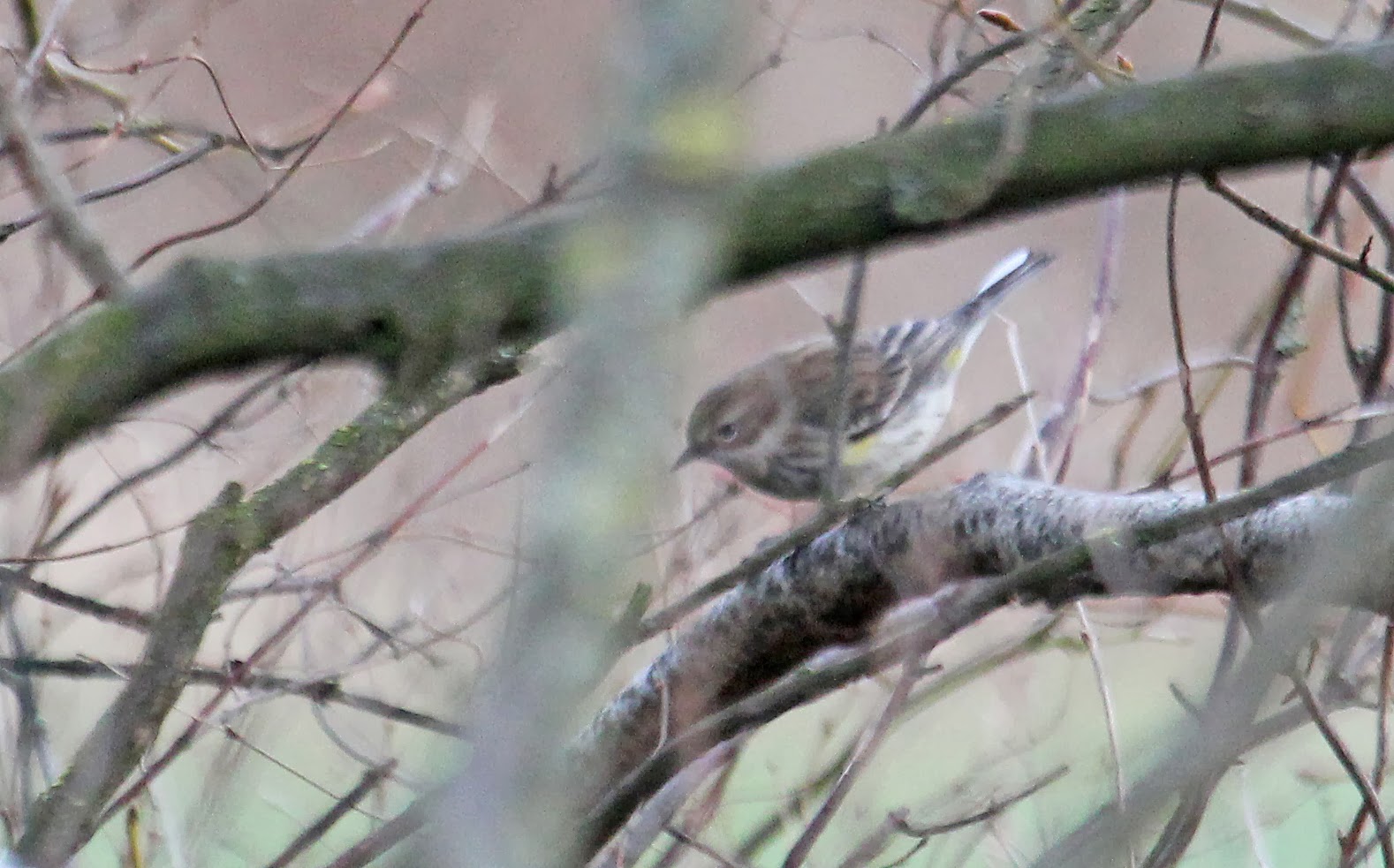 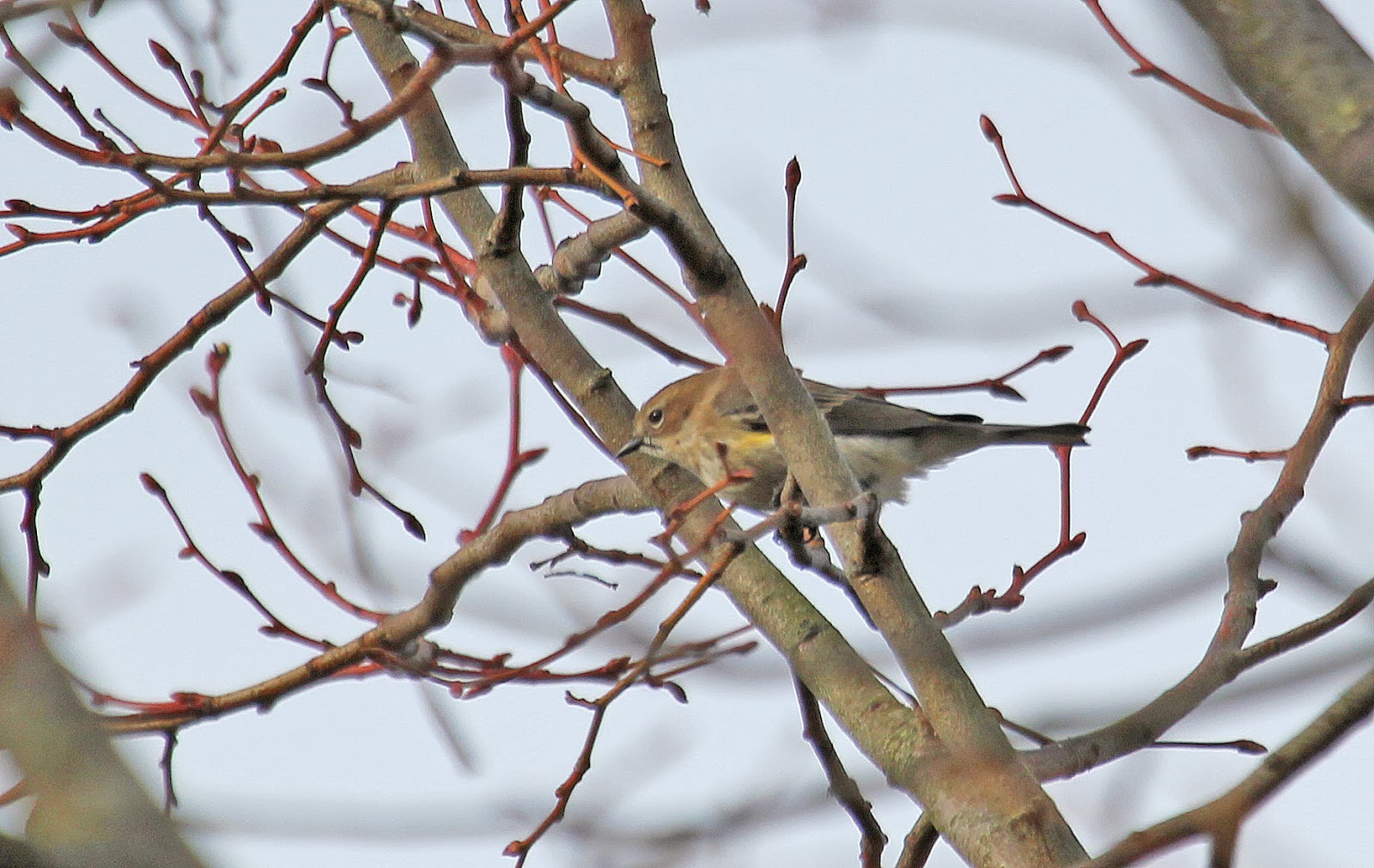 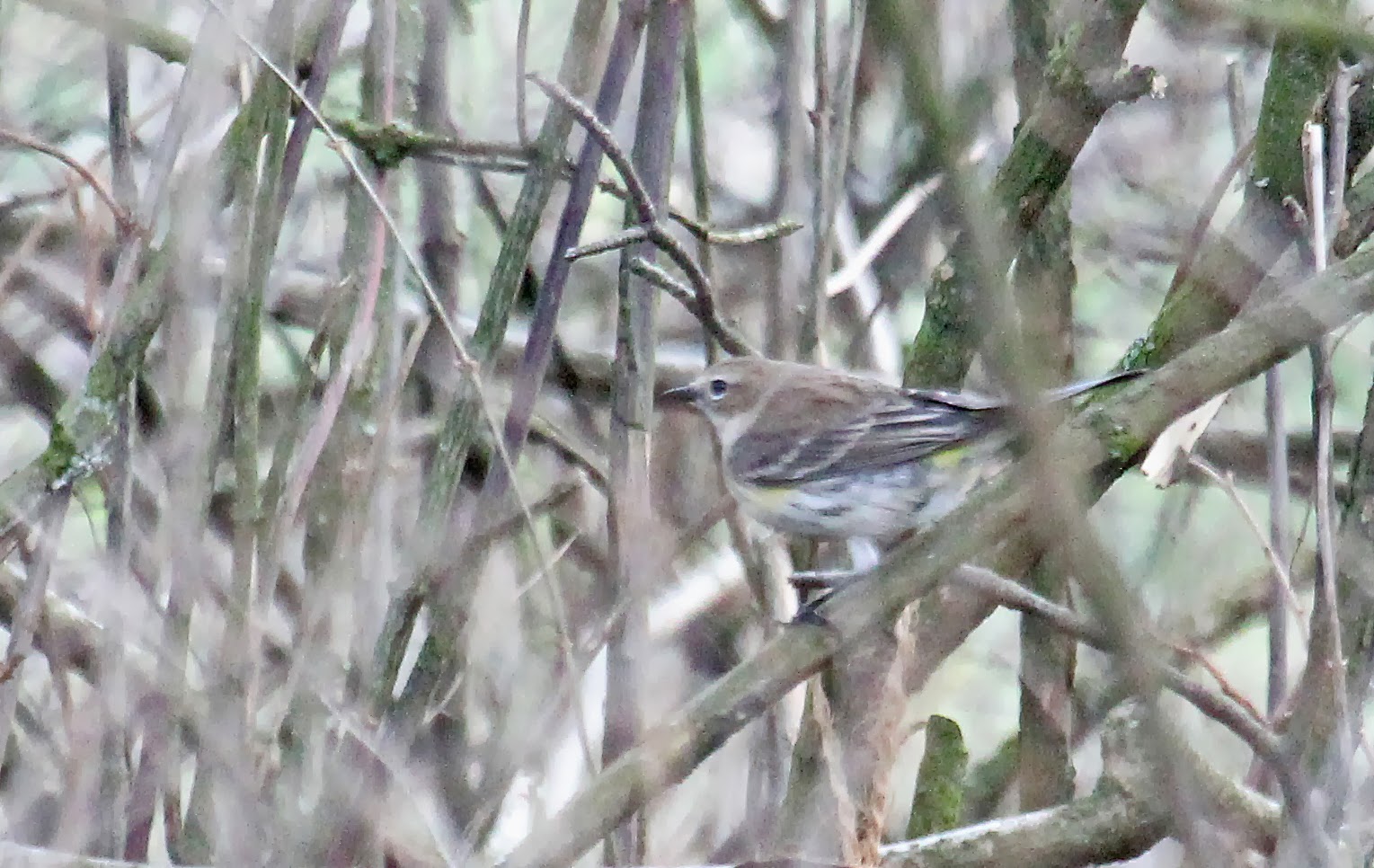 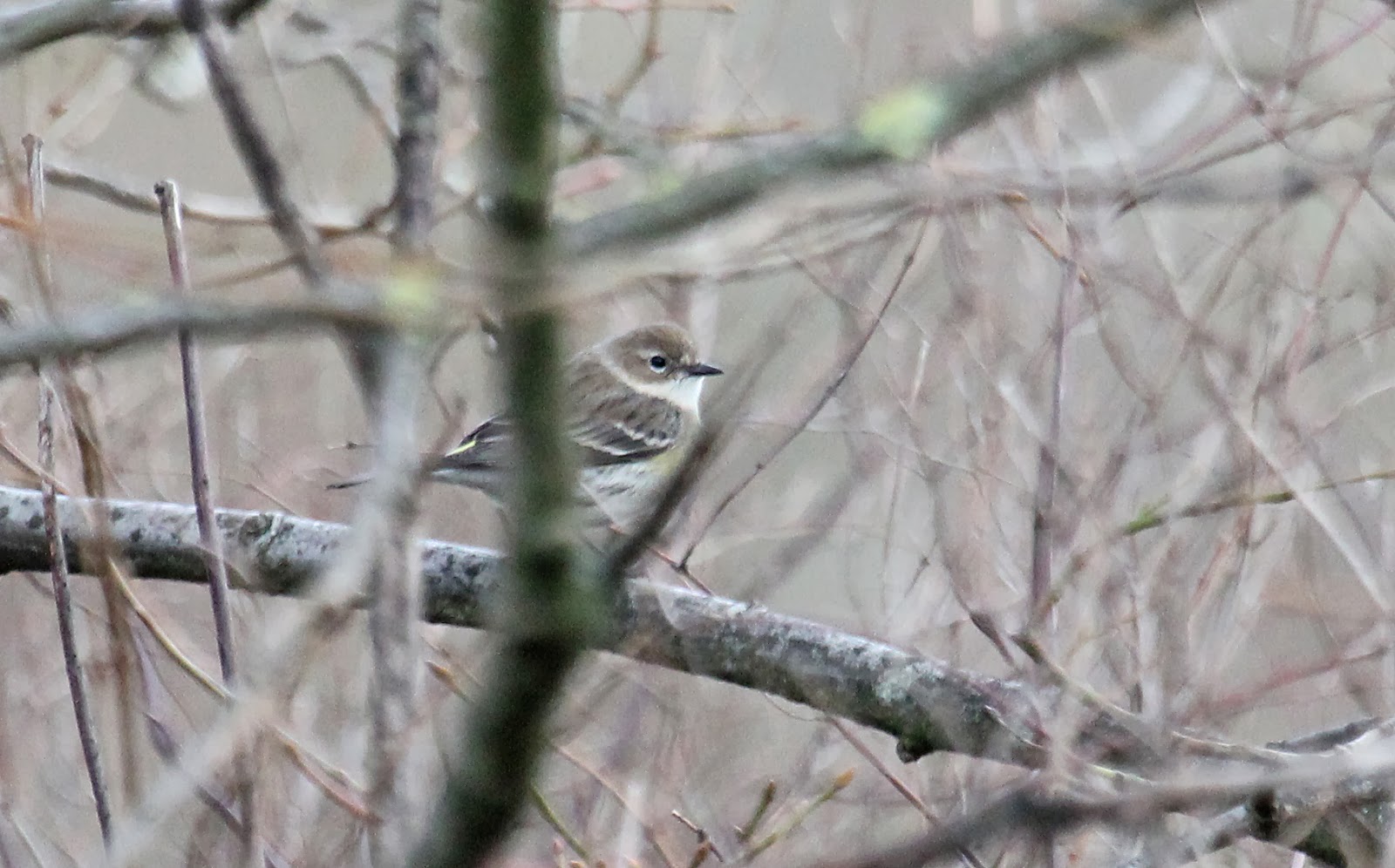