With such a quiet spring, we were pretty looking forward to Saturday and the promising weather charts. There's really only one place we go when the conditions look like they did - Holy Island.

We arrived on the island for around 7am, and started at Chare Ends. It was immediately apparent that the fall of common migrants we'd hoped for had not taken place, and in fact, we didn't see a single migrant for our first hour and a half on the island!

Things picked up when we got word of a Bluethroat at the Excavations. We were nearby so headed straight there. When we reached the area, the bird had gone to ground, but after a bit of searching, the male Red-spotted Bluethroat reappeared and showed nicely if briefly.

We continued on and made our way towards the Lough, picking up a Cuckoo and Spotted Flycatcher on the way. On reaching the bushes, a smart male Pied Flycatcher was sat on the fence along with a Redstart. Two showy Lesser Whitethroats were in the bushes by the hide.

The Crooked and Straight Lonnens provided a further Redstart, Pied Flycatcher and a couple of male Whinchats. It felt like there was more to be found so (unusually for us) we decided to stay on the island over the high tide and this proved to be a good decision!

Next, we decided to head to Snipe Point where another male Red-spotted Bluethroat had been found. This bird proved much more cooperative, giving superb views as it sang from a dead log on the beach and nearby dunes.

Just after we left this bird, we saw a message from RA about a Broad-billed Sandpiper he'd found on the north shore near the Snook. This is a bit of bogey bird for me having missed them at Druridge, Teesside and North Yorkshire so I got there as quickly as possible.

Having survived the 800 metre run across the sand, we arrived just in time to look through the finder's scope at the Broad-billed Sandpiper before all the waders started to move around with the incoming tide, and the Sandpiper disappeared. Over the next two and a half hours, it was looking unlikely that we would get any better views, but out of nowhere it appeared right in front of the three of us still scanning. We were treated to excellent and prolonged views down to just 15 metres at times  (it was so close we could identify it by the naked eye!!) before it took off and flew north, and it is yet to be seen again. A stunning end to an excellent day! 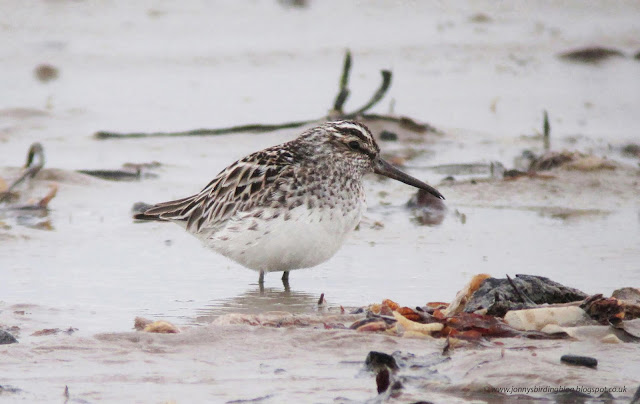 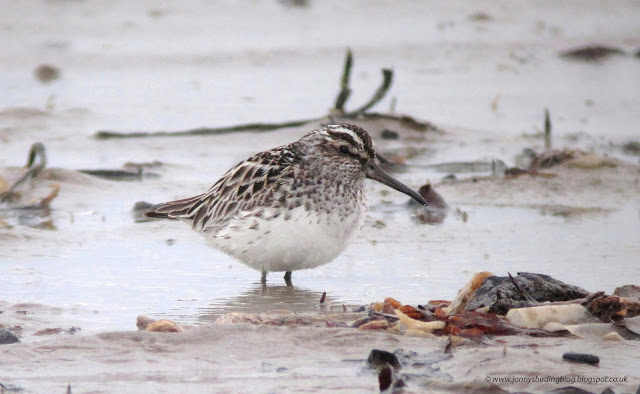 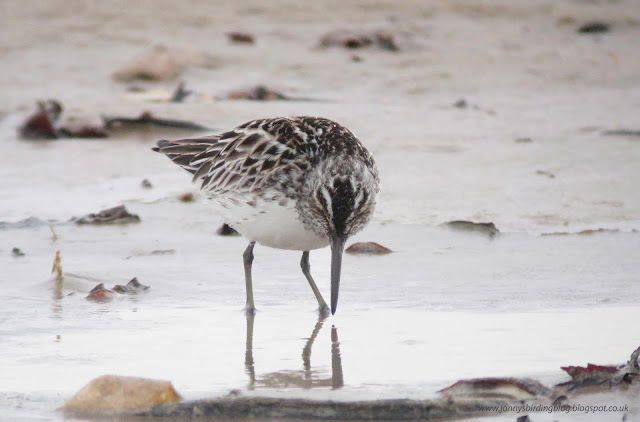 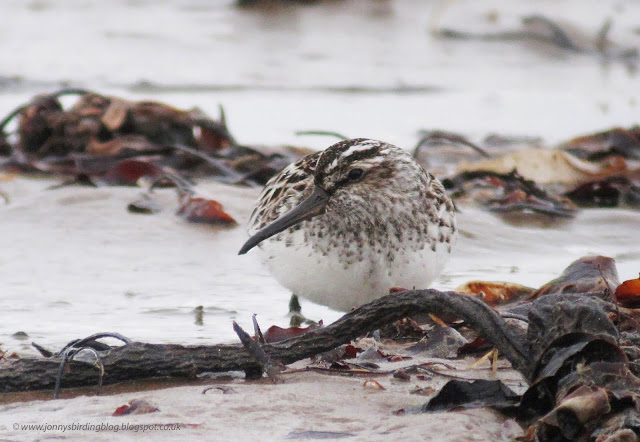 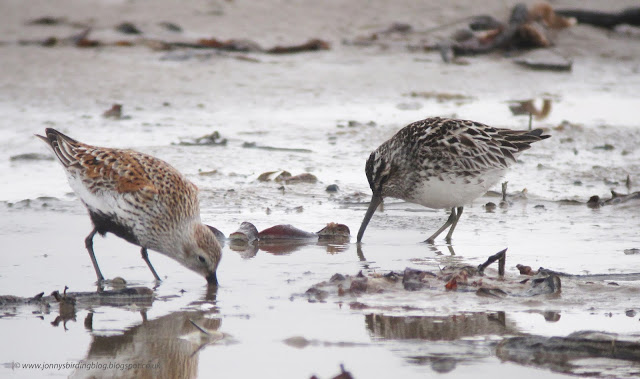 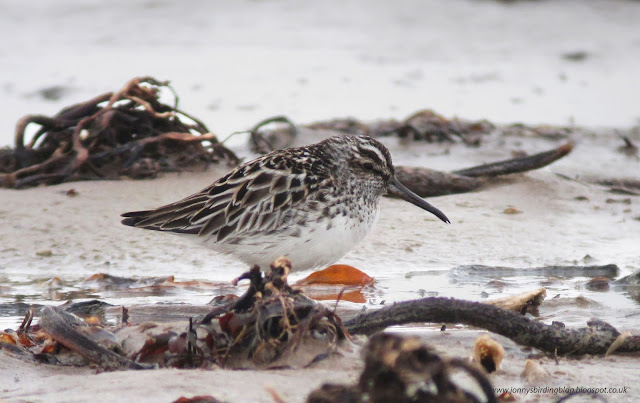 Broad-billed Sandpiper - video should be viewed in HD at 1080p 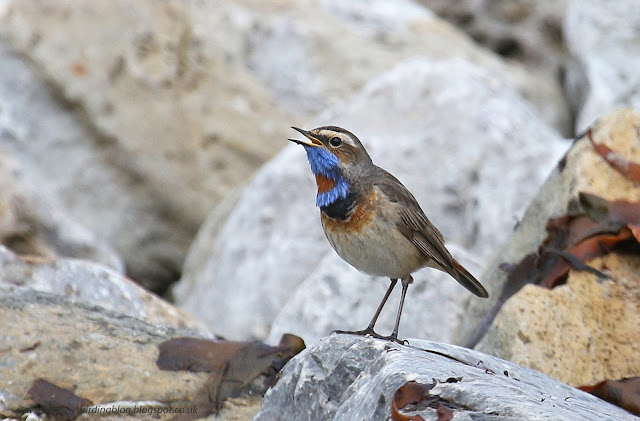 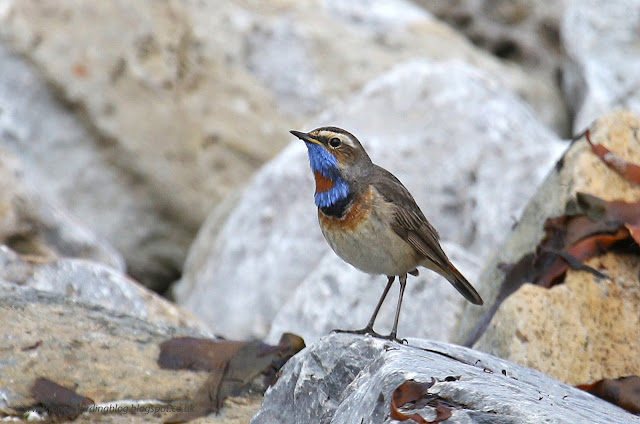 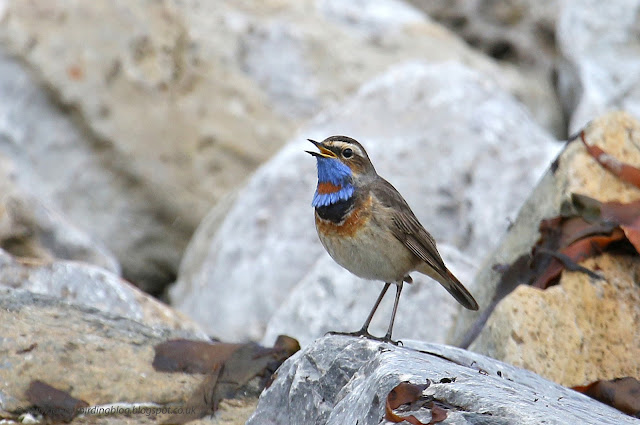 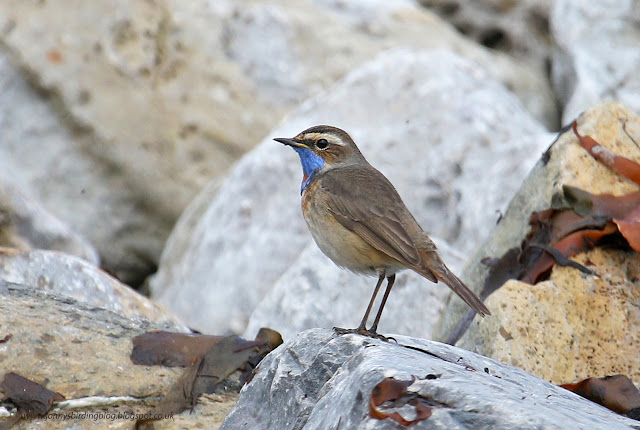 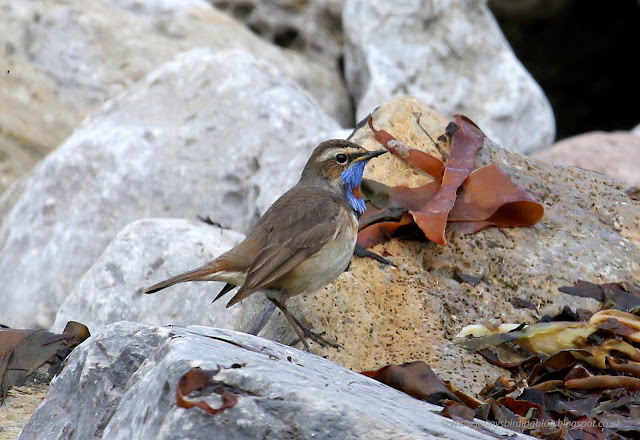 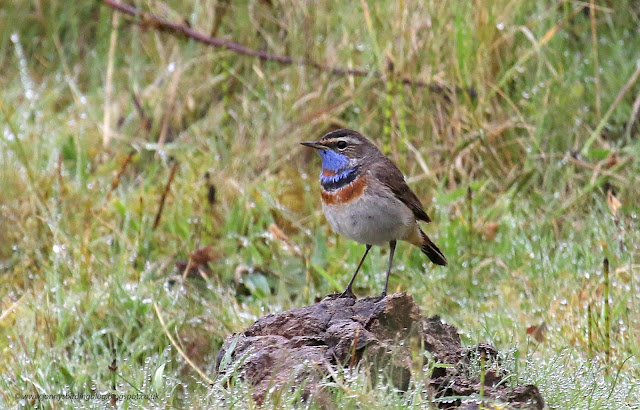 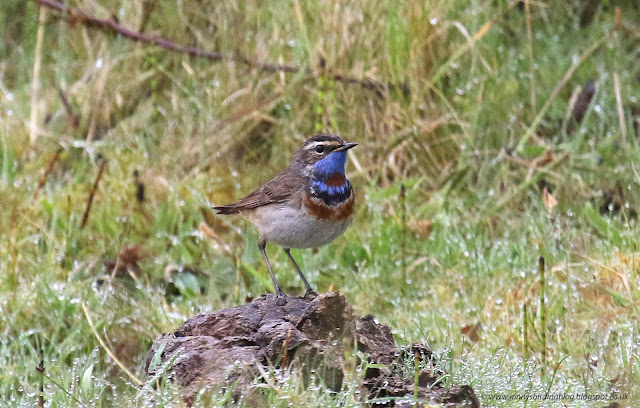 Just a quick note, my A-levels are rapidly approaching so my blog updates may be a bit sparse over the next month or so. I do have plenty of photos from this spring to go through over the summer, which will appear on here at some point. These include more from Fuerteventura, Black-necked Grebes and butterflies from Yorkshire...
Posted by Jonathan F at 19:52 1 comment: 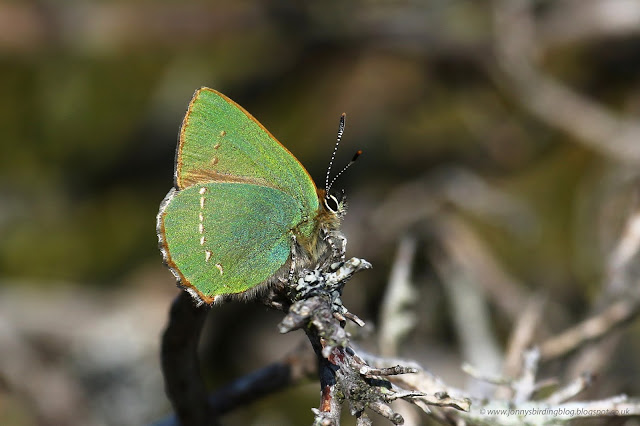 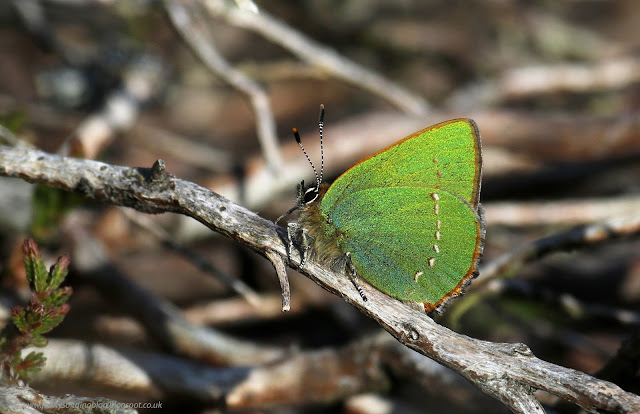 Last night I finally found my first Garganey of the year with a drake at Druridge Pools. The Cattle Egret was still present along with 25 Black-tailed Godwits and a Whimbrel. At Hemscott Hill, two Yellow Wagtails and 5 Wheatear were in the field to the north. 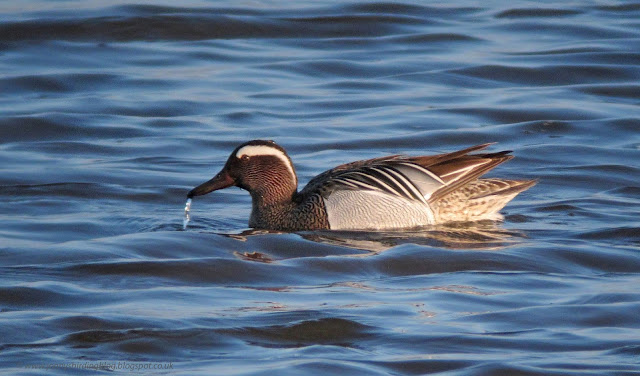 I also managed to get a short sound recording of the Garganey calling...

After years of hoping, Druridge finally produced a Cattle Egret this morning. Some nice, if distant, views were had as it fed among the cattle to the north of the pools... 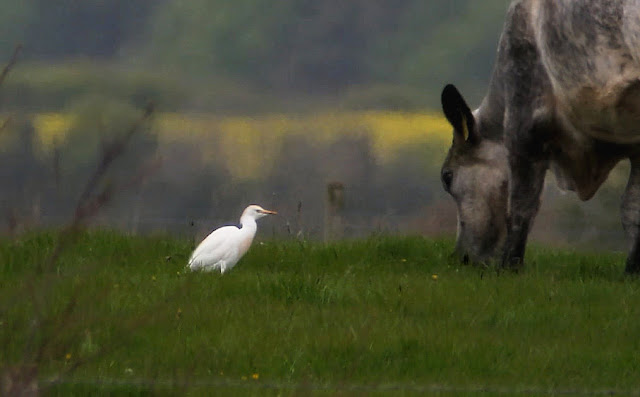