Top 5 birds of the year

Self finds
2016 was a lot better than we could of hoped for in terms of finds with my highlights being White-rumped Sandpiper, Pallas's Warbler and Richard's Pipit, while my dad found Glossy Ibis and Red-breasted Flycatcher. I'm really hoping our run of good fortune continues in 2017!

Happy new year and thanks for reading my blog!!
Posted by Jonathan F at 13:08 2 comments:

A venture up north...

We fancied a change of scene today so decided to head up north to Stag Rocks and Bamburgh for a day of birding in that area. Budle Bay was quiet with only a Merlin in the dunes at the back and a Little Egret fishing in the main channel, so we headed up to Ross Sands for a bit of a walk. A number of Long-tailed Ducks and a couple of Slavonian Grebes were visible towards Holy Island.

Fenham Flats produced around 15 Pintail and the usual good numbers of Pale-bellied Brent Geese. There were really good numbers of seabirds off Stag Rocks especially the 75+ Long-tailed Ducks which were mostly made up of stunning adult drakes. Other birds off here included 9 Slavonian Grebes, 3 Great Northern Divers, 7 Red-breasted Mergansers while 76 Purple Sandpipers were on the rocks.

With an hour of daylight left we decided to call in at Chevington on the way home. Despite no sign of the Bittern was still really nice selection. The Hen Harrier gave a couple of really close fly pasts, while a Kingfisher sat in the reeds, 4 Water Rails were running about in the reeds and 2 Woodcock flew over in the last of the light, providing me with probably my last patch year tick of 2016...

Went out this morning with the intention of checking some local goose flocks. First we headed to Longhirst where my dad had seen a large flock of Pink-feet yesterday afternoon. There were a lot less Pink-feet today, but the small flock of around 100 PFG did contain 3 Tundra Bean Geese, a single adult Greenland White-fronted Goose and 18 adult Europeans. We were able to watch them at close range from the car and in nice flat light and a Green Sandpiper also flew off the flooded fields - my first winter record in the county. A good start to the day!

Next to Druridge where we discovered another flock of around 100 Pink-feet in the fields just west of the coal road. Here was another 5 Tundra Bean Geese and 7 more Euro White-fronts. The weather now closed in so we headed home. 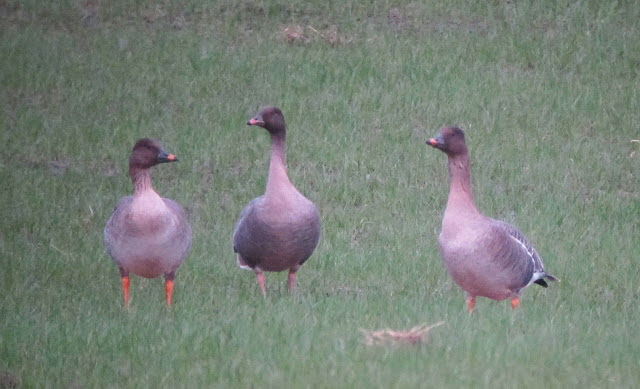 European White-fronted Geese
Posted by Jonathan F at 20:29 No comments:

On a relatively quiet look around the patch this morning a Tundra Bean Goose with the Pink-foot flock just northwest of the causeway at Cresswell Pond was the highlight. We also thought there was another Bean Goose, though with better views we decided it was just a Pink-foot. Other sightings included 2 Barnacle Geese also at Cresswell, the Hen Harrier again at Druridge Pools along with a couple of Pintail, and the long-staying Long-tailed Duck at Bothal Pond.

Yesterday morning saw me and my uncle heading down to Beeley in Derbyshire to try and see the Dusky Thrush which as been hanging around there. We arrived before it was light and started to wait for the bird to appear...

At around 08:20 the first-winter DUSKY THRUSH returned to feed on the apples in the 'orchard'. Through the heads I was able to get some good scope views before it flew off. It was just after twelve when we eventually saw the bird again. Some brief but really good views of it in the orchard again before it flew to the fields over the back where it showed for a couple of minutes sat in the tops of trees. Other birds seen included a Peregrine and a couple of Ravens nearby, while Tawny Owls were calling from the woods.

From here we decided to head east to Welwick Saltmarsh in East Yorkshire for hopefully my second lifer of the day. Within just a couple of minutes of getting out of the car we had seen a Short-eared Owl chasing a male Marsh Harrier and then our target - the juvenile Pallid Harrier. We were treated to a number of awesome flybys from the Harrier over the next hour or so, while another Short-eared Owl appeared along with another Marsh Harrier. At least three Water Pipits were also flying around, though I suspect there was more. Sadly getting good photos was impossbile in the fading light.

A great end to a brilliant day - one we'll remember for a long time! Surely there can't be any more surprises before the end of the year..? 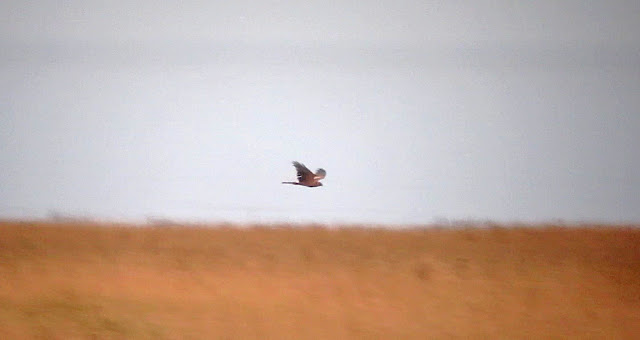 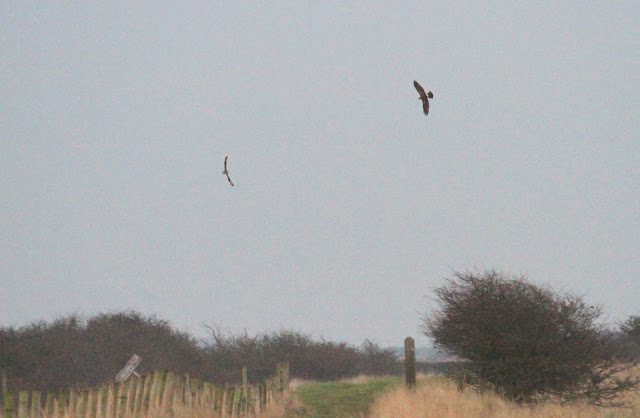 This redhead Smew at Bolam Lake this morning was my first for over two years, while other birds seen on a walk around the lake included a Marsh Tit, 2 Goosanders and several Bullfinches, Great Spotted Woodpeckers and Nuthatches... 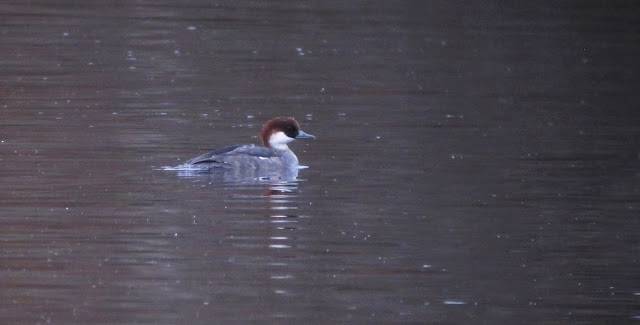 Smew
Posted by Jonathan F at 21:29 No comments: