Yesterday I went on a boat trip around Loch Na Keal with Mull Charters to try and see White-tailed Eagles. I had already seen 8 Eagles but none of them were as good as the birds we saw from the boat. We got 4 views of birds catching fish in front of us. I strongly reccomend a trip if your on Mull. I will do a full write up on my my holiday to Mull when I get back. 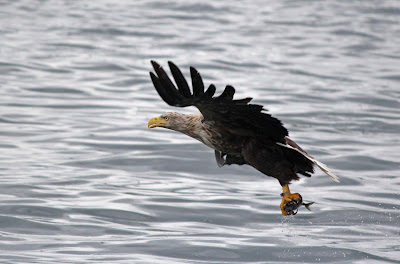 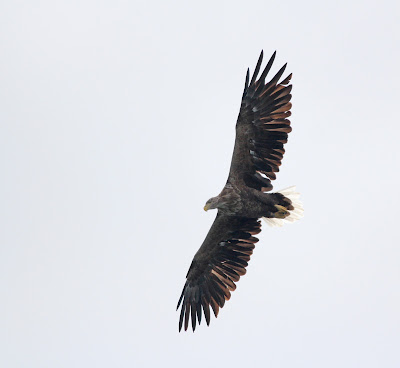 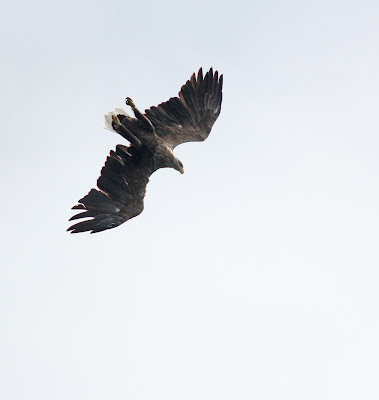 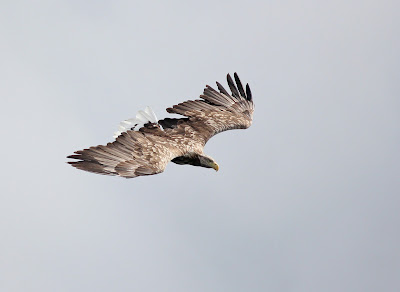 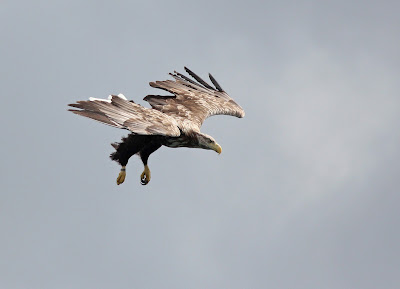 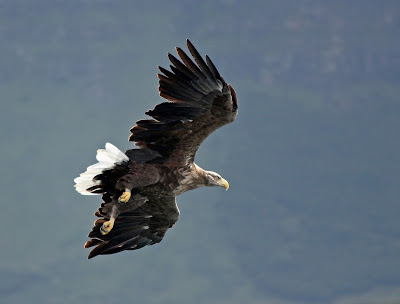 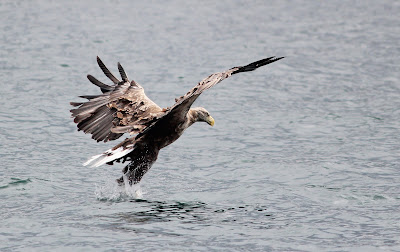 We started our days birding with a look at Castle Island. The highlight was 7 Black-tailed Godwits. A Common Sandpiper and 2 Goldeneye were also present. Next to Snab Point to look for my first Pomarine Skua. Even though we didn't see any Poms, I did see my first White-beaked Dolphins, when a group of 8-10 passed north. The bird totals were:

All the usual common birds were also seen as well as a Porpoise and a Seal. We could see a big flock of Scoters in the bay from Snab Point so we headed to the dunes at Druridge Pools, where we found a flock of at least 500 Common Scoters but suprisingly no Velvets. On the main pool a further 2 Little Gulls were there and a female Mandarin was asleep on an island. 4 Yellow Wagtails were also in front of the hide.  At Chevington the best birds were: 3 Knot, 4 Bar-tailed Godwit, a Black-tailed Godwit and a Marsh Harrier.

I've got my fingers crossed for a Two-barred Crossbill in North East over the next few days! 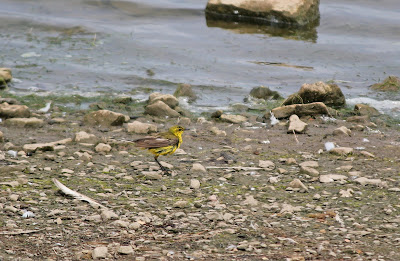 An open day at Gosforth Park Nature Reserve gave me and my mum the opportunity to go there this morning. One of the highlights was finding the remains of some Coralroot Orchids. 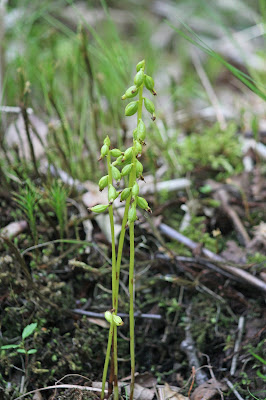 Another look for the BRIDLED TERN provided good views at Cresswell. I managed to get a couple of views of it on the ground as well as a really close fly by. At least 3 Little Gulls and a Grasshopper Warbler were also present, and an Arctic Skua was off shore. 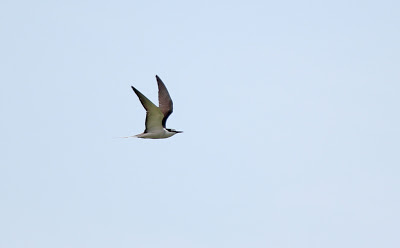 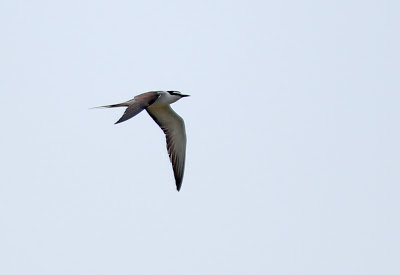 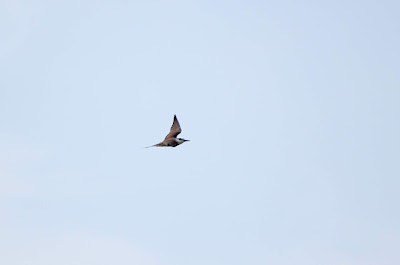 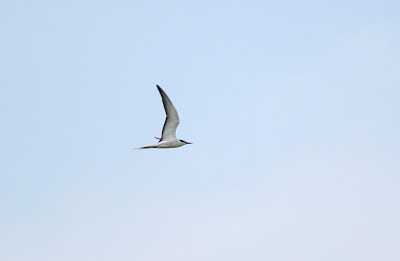 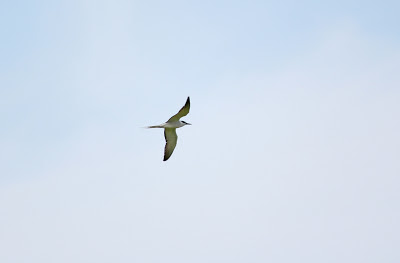 BRIDLED TERN and the Farnes

On Thursday the BRIDLED TERN was still on the Farnes so we booked a trip there this morning, though when we heard that it was at Cresswell yesterday we took the opportunity to try and see it. After a bit of chasing it around we managed to get a good but short view of it at Chevington. I was too busy watching the bird to get a photo of it. We also saw at least 5 Arctic Skuas and Manx Shearwaters as well as a Grasshopper Warbler and a Cukoo.

Because we had seen the Tern the boat we were booked on was cancelled so we decided to go to Staple Island instead. All the expected birds were seen so I'll just post some photos that I took. 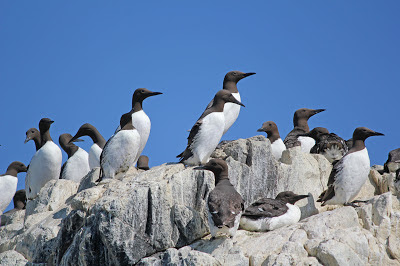 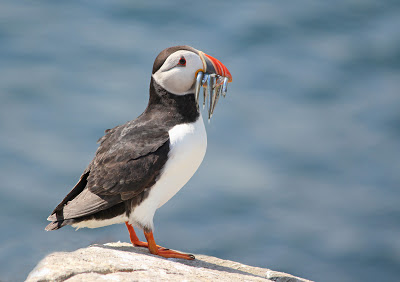 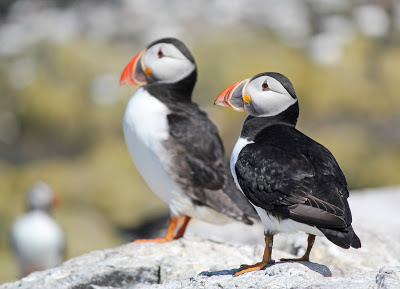 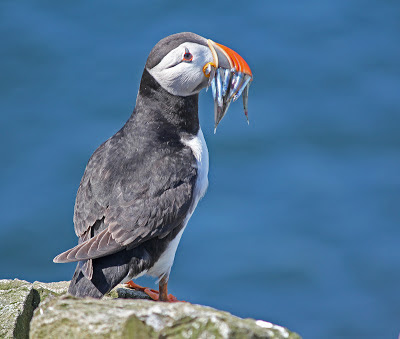 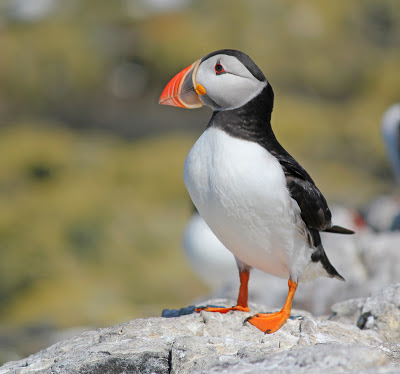 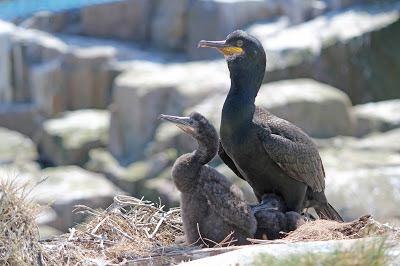 Over the weekend me and my uncle went down to the Midlands and a few sites in Wales looking for Butterflies and Dragonflies. On Friday evening we went to Catterick in North Yorkshire, where a drake Ring-necked Duck was present with a flock of Tufted Ducks.

The first place we went to on Saturday was Barkbooth Lot in Cumbria where we failed to find any Downy Emeralds, but we found a female Beautiful Demoiselle next to a small stream. Next to Cheshire where the only dragonflies we saw were about 5 Banded Demoiselles. Before we found somewhere to camp we decided to have a look at nearby Prees Heath to try and find some Silver-studded Blues. It took a while but we did find a few eventually. A Hobby also flew over us while we were there.

The next morning we went to a place on Anglesey called Porth Eilian to look for the first summer male Common Rosefinch which had been present there for the past few days. After about an hour we got a view of it as it gave it's distictive song from the top of a tree. The main reason we came to Wales was to try and see the Scarce Blue-tailed Damselfly, though after chechking one known site for them all we could find was a Hairy Dragonfly. Luckily we did know of another place where you could find them in Snowdonia. Almost as soon as we arrived we found an immature female of the form aurantica. Over the next hour we found another male as well as a few Keeled Skimmers. 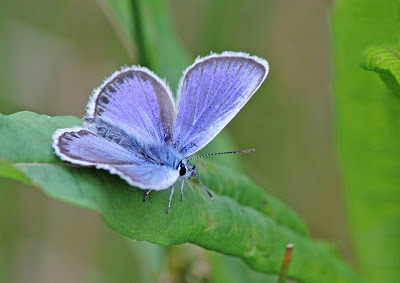 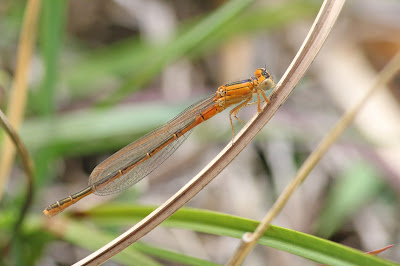