I've just returned from a family holiday to Iceland and on this post I'll upload some of my favourite photos I took of the impressive landscapes...

Famous for being the site of the world's first parliament as well as being where the Eurasian and North American tectonic plates meet, we visited the park as part of the Golden Circle tour. 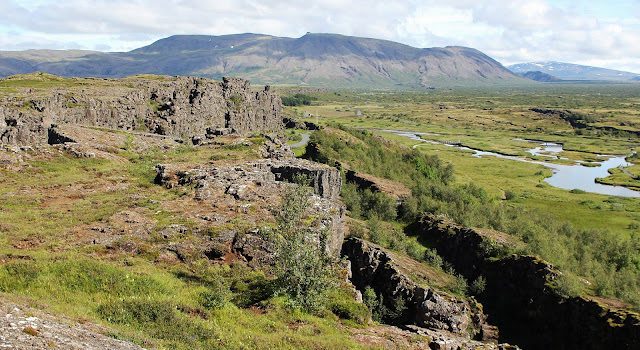 Our next stop on the Golden Circle was the huge and very impressive Gullfoss Waterfall. The sunny weather meant a rainbow was visible in the spray... 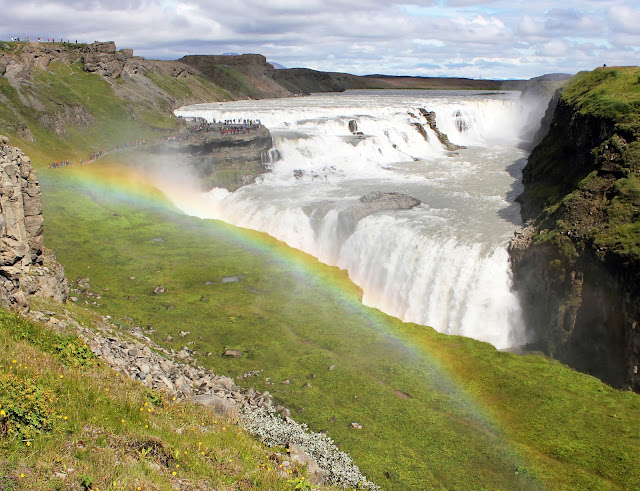 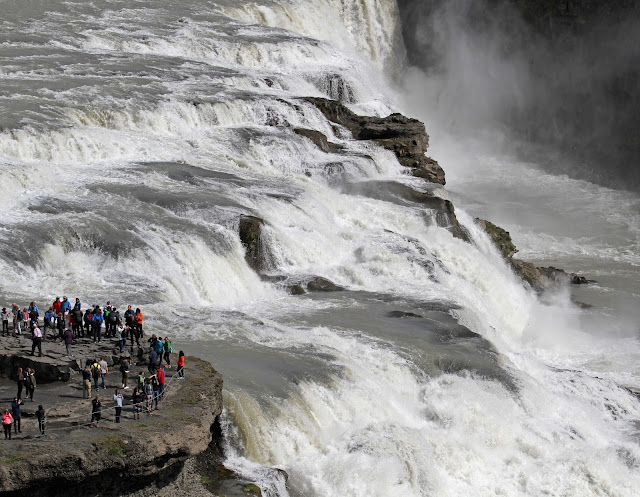 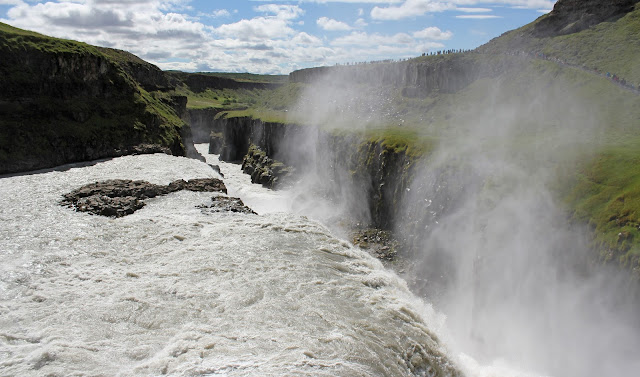 Something I'd always wanted to see was a geyser erupting and here I was able to do that when Strokkur shot water into the air every few minutes. Also in the area were a number of hot springs and fumaroles along with a distict smell of sulphur. 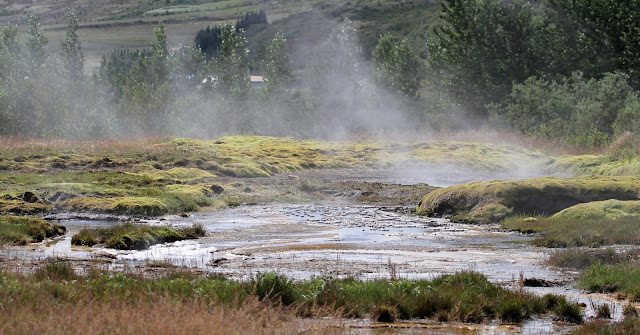 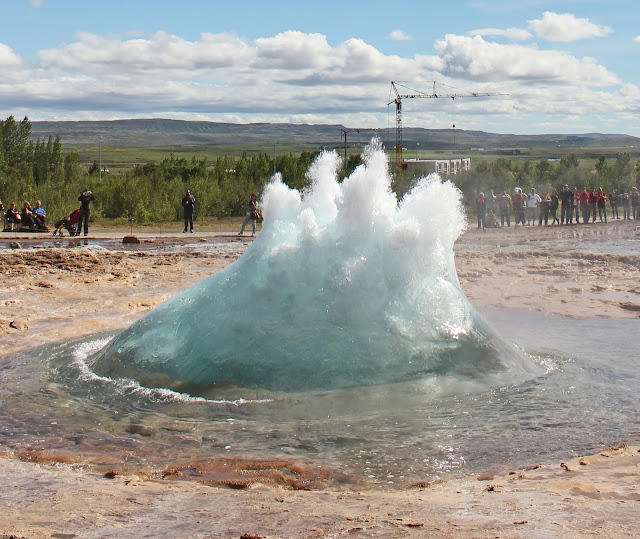 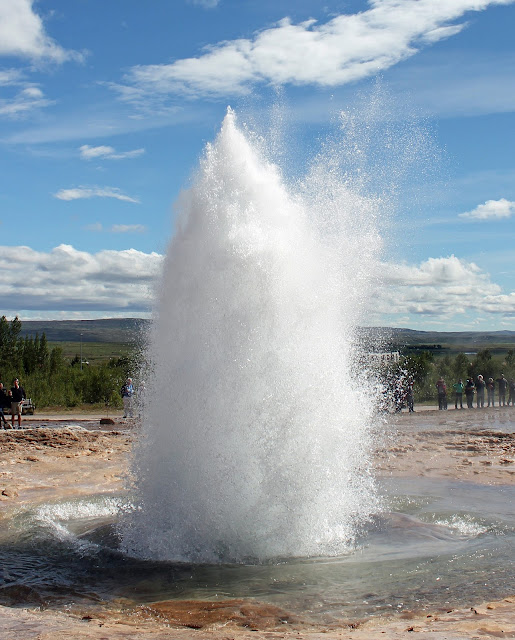 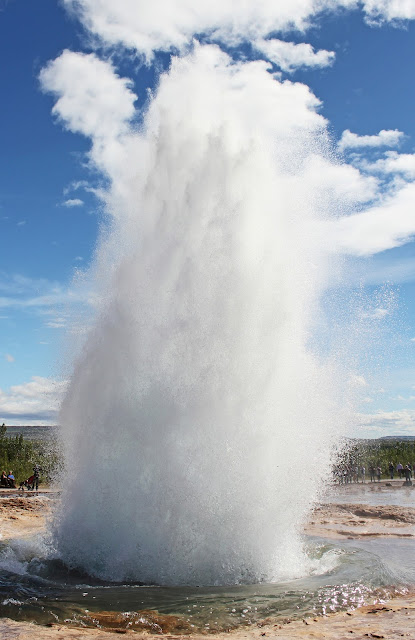 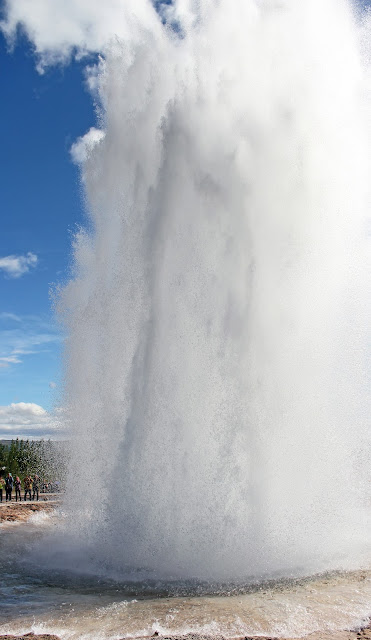 Another place we stopped at was the Kerið crater. It was formed when the magma chamber of the volcano collapsed during an eruption. 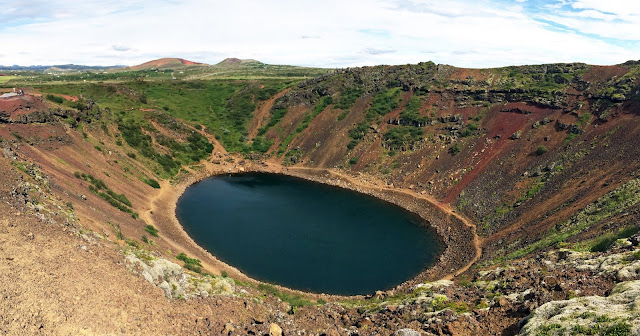 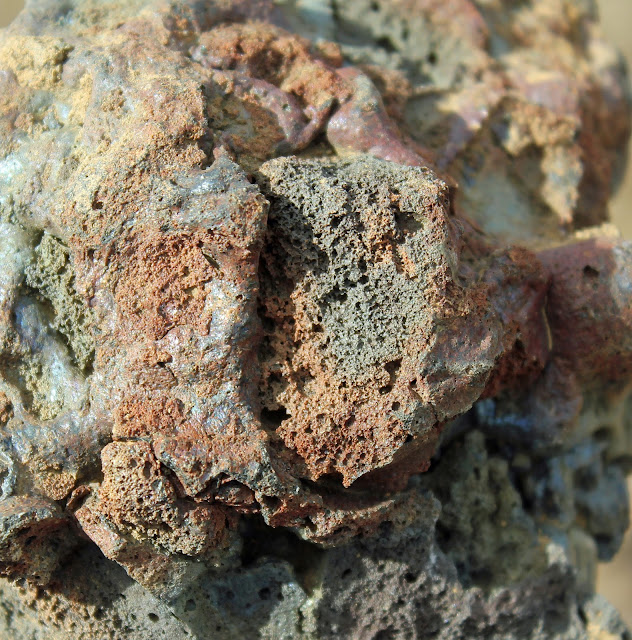 We spent a number of evenings as well as our final morning exploring Iceland's capital. The highlight was probably the view from the top of the Hallgrímskirkja church looking over the city. 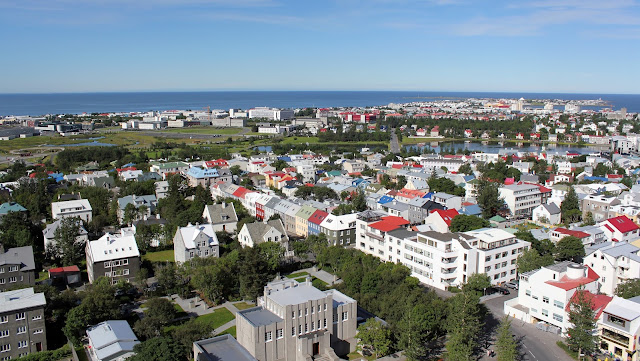 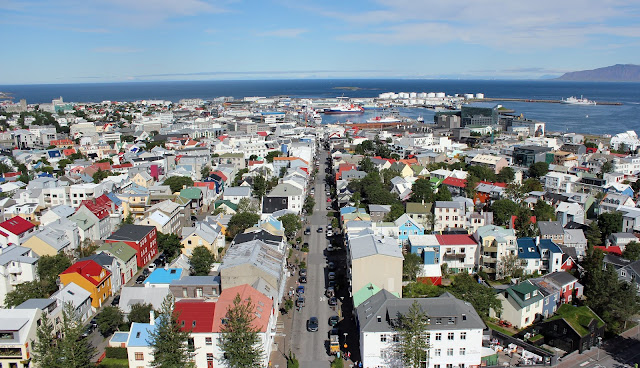 A number of vocanoes were seen during our trip including...

A few random photos of Iceland (last two taken from the plane window on the way back)... 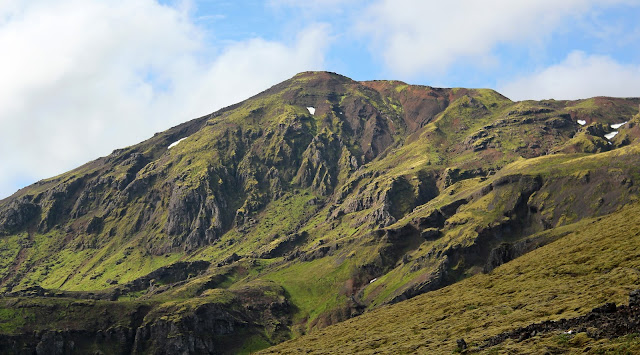 Spent the morning on the patch where there is signs of autumn migration getting underway...

The vegetation at Druridge Pools is starting to get quite tall and it was difficult to determine just how many Greenshank were present. Eventually we confirmed five different birds. These were new for the patch year list, as was a flyover Common Sandpiper.Other waders here included 2 Ruff (adult and juvenile) and a Black-tailed Godwit. 2 Little Egrets were also on the Budge Fields and 2 Goosanders were on the north pool, it seems to have been a good year for these on the patch. An adult Mediterranean Gull was with the Black-headed Gulls in the field to the west.

East Chevington was quieter with a singing Grasshopper Warbler and an Arctic Skua offshore along with 4 Little Terns.

The water levels at Cresswell Pond were looking great today and were proving very attractive to waders: 12 Black-tailed Godwits, 1 Bar-tailed Godwit, 1 Ruff, 1 Knot, 3 Common Sandpiper, 2 Avocets (including a colour-ringed immature) and lots of Dunlin and Curlew. 2 adult Mediterranean Gulls were sat on the west spit along with 3 Little Egrets and 2 Yellow Wagtail were near the causeway.

Had a morning to spare so headed out to the patch today. Once again it was quiet with no additions for Patchwork Challenge though a few common birds kept us entertained.

First up was Druridge Pools where we managed our first good views of Yellow Wagtail this year with a pair of adults with 3 juveniles. There were also at least 15 Black-tailed Godwit, a fly over Whimbrel and Little Egret. A juvenile Wheatear was sowing nicely in front of the south-facing hide. The male Marsh Harrier flew over Druridge Pools and we saw two of the juveniles at Chevington later in the day.

10 more Black-tailed Godwit were at Cresswell Pond including a colour-ringed bird. Other waders here included a Ruff, Whimbrel and 2 Common Sandpiper. Pairs of Little Egrets and Water Rail were also on the pond and I picked up a Hobby flying north through the dunes.

On the way to the patch this morning we stopped on the River Wansbeck to have another look at the long-staying first-summer Bonaparte's Gull which was once again showing well.

Once we reached Druridge Pools the Budge Fields were once again quiet with 10 Black-tailed Godwits the only birds of note. We then headed to the dunes to do some seawatching. Roseate Tern was soon added to the year list and we picked up a pod of at least 8 Bottlenose Dolphins moving north quite a long way offshore. 5 Manx Shearwater flew north including two of the closest birds we've ever seen. 6 Golden Plover also flew south and 2 more Black-tailed Godwits came 'in off', perhaps a sign that the wader passage is starting to pick up..?

Chevington was also quiet apart from the burn mouth where I picked up 2 unexpected Great Northern Divers on the sea. They were in a winter type plumage so we guess they were non-breeding first-summers. A lone Bar-tailed Godwit flew north over the beach and my dad picked up a pod of 3 Harbour Porpoise off the beach. 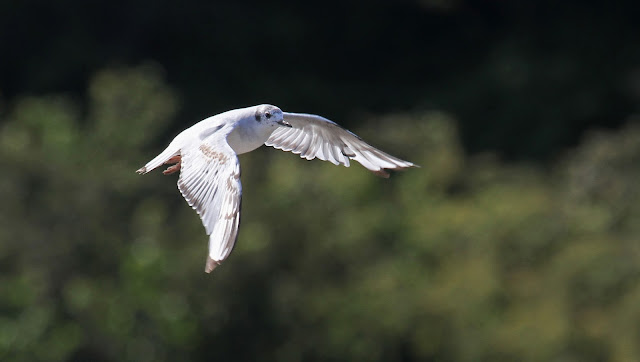 Bonaparte's Gull
Posted by Jonathan F at 16:07 No comments: