Yesterday I was offered the opportunity to go to Whipsnade Zoo, and having never seen a Black-throated Thrush before, and dipped at least one, I was keen to go.

After leaving uni, we arrived just before opening time and were assembled near its favoured cotoneaster tree a few minutes later. At first the Thrush was sat deep in a hawthorn but it eventually plucked up the energy to fly into the berry tree.

Over the course of the next couple of hours we were treated to some stunning views of the male Black-throated Thrush as it ate berries and sa in the tree. I was expecting it to be smart but was actually still surprised by just how good a bird it was! At such close range we were able to see intricate feather detail including the pale fringes in its black throat - a feature which I particularly liked!

We also had time to walk around the rest of the zoo, seeing some cool animals as Red Kites circled in the sun. A cracking day out! 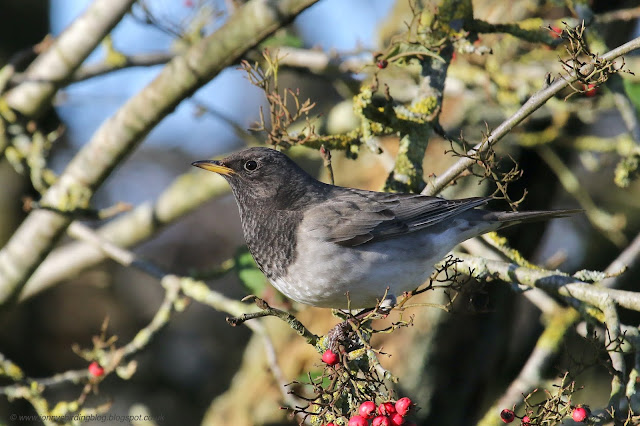 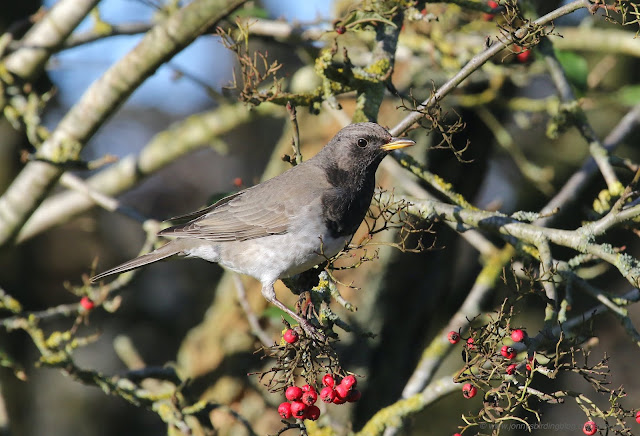 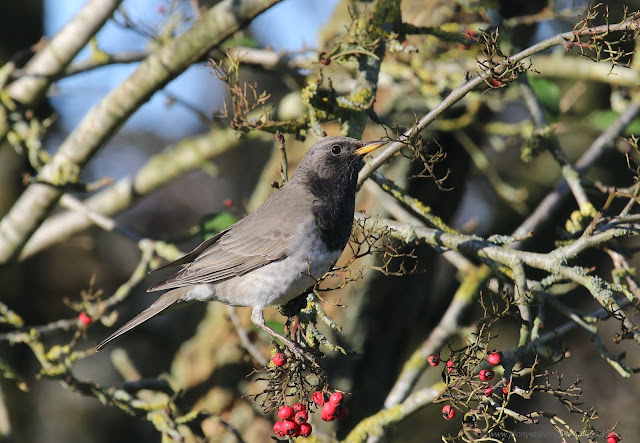 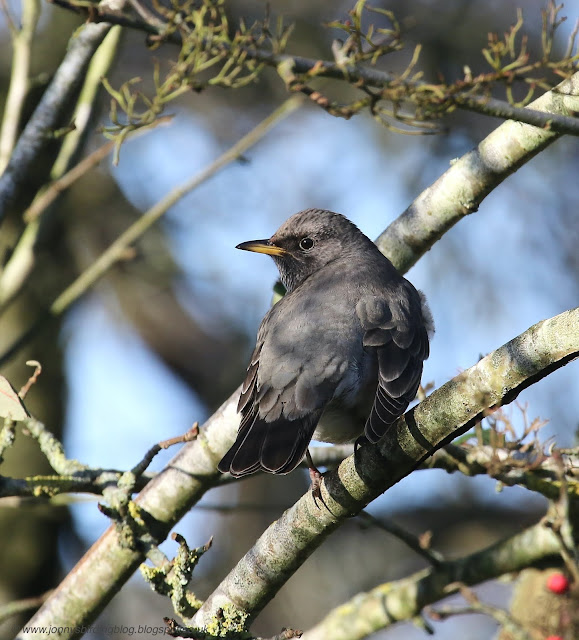 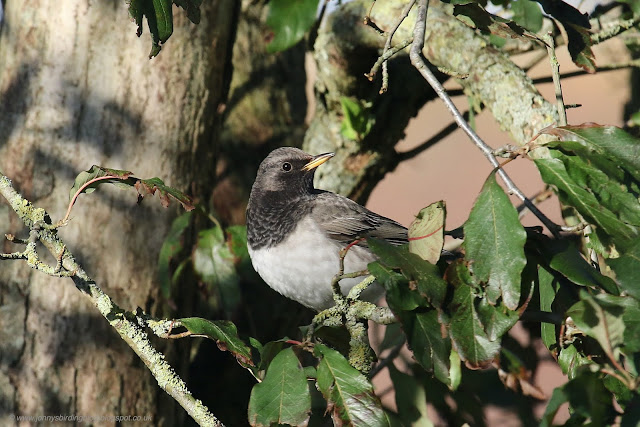 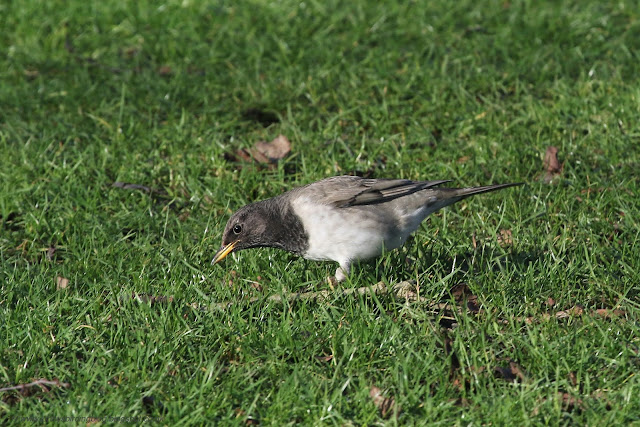 I returned to uni on Friday and this meant I would be able to get a bit of birding done yesterday. W headed to Sedgeford first, where the Eastern Yellow Wagtail (or Alaskan Yellow Wagtail to be more precise) was performing brilliantly. It is definitely the best looking of the three I've seen over the last few months!

Then went to Titchwell, and picked up a couple of Tundra Bean Geese at Choseley on the way past. As always, the selection of birds at the reserve was great including a Water Pipit, ringtail Hen Harrier, 50+ Marsh Harriers coming in to roost and just my second views of a Woodcock on the ground to round off an excellent day in East Anglia. 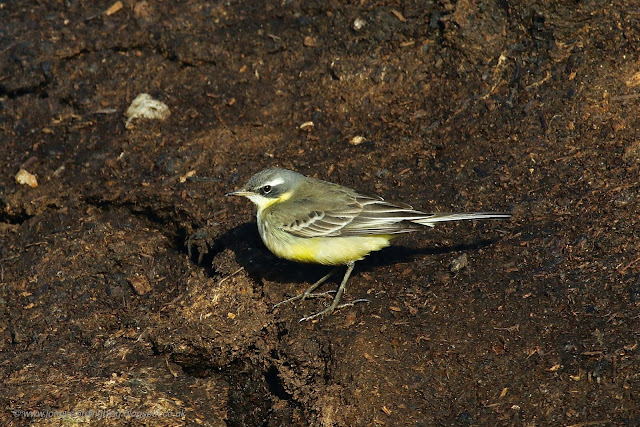 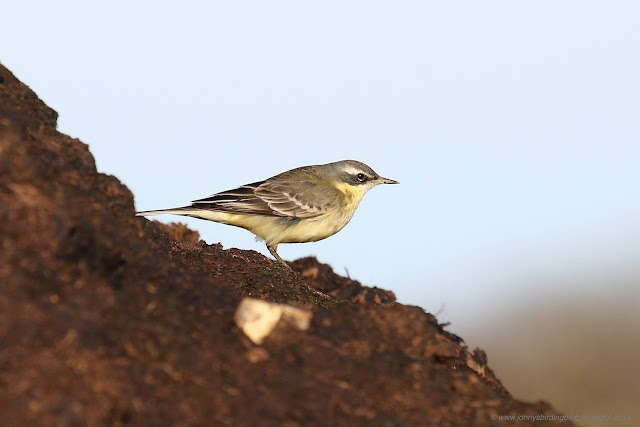 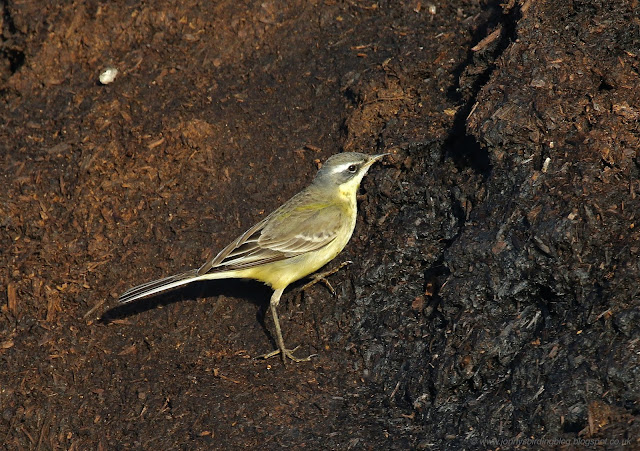 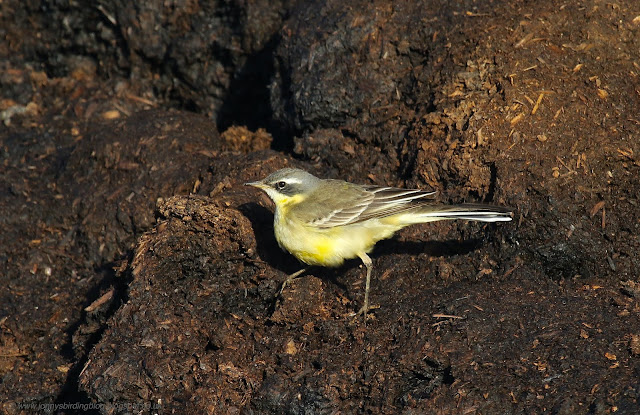 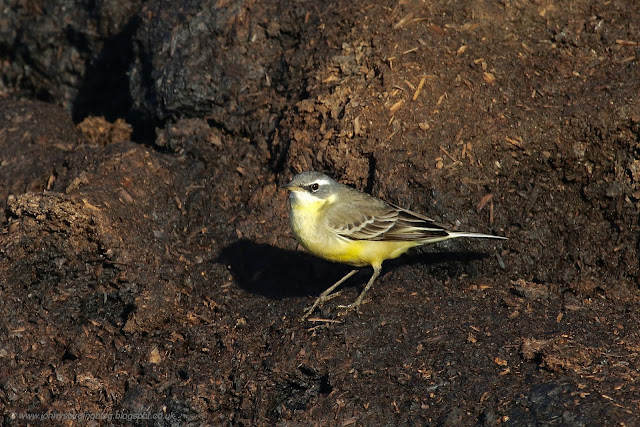 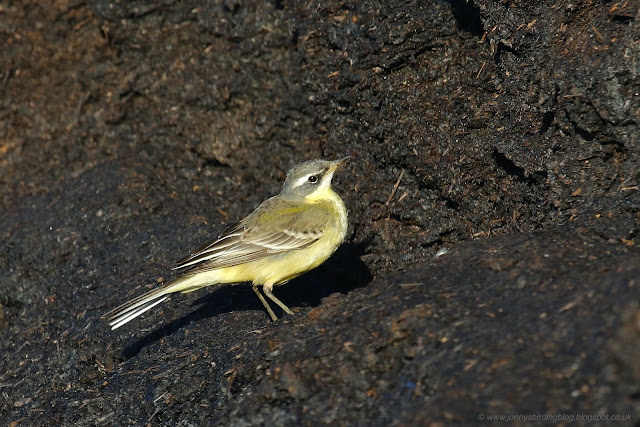 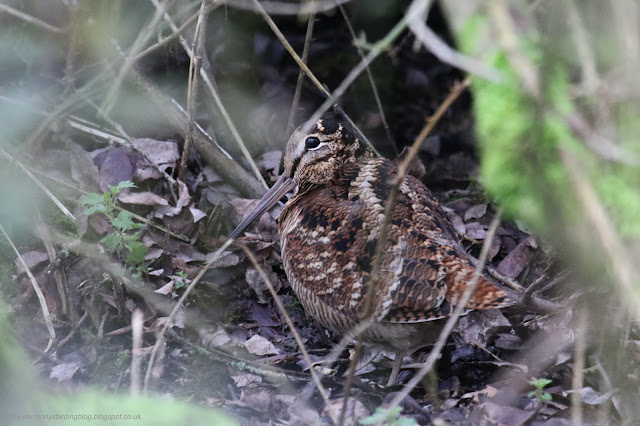 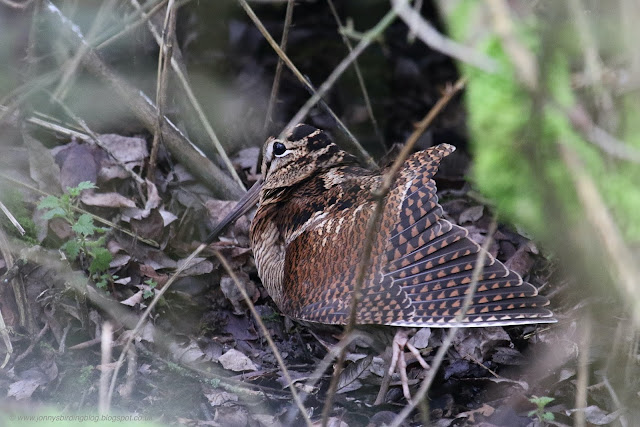