The first-summer Bonaparte's Gull at Castle Island was the highlight of an otherwise quiet afternoon birding. It was showing really well about 10 metres from the south side of the river. Also here were 2 Little Ringed Plovers (including one with colour rings) and 5 Little Egrets. 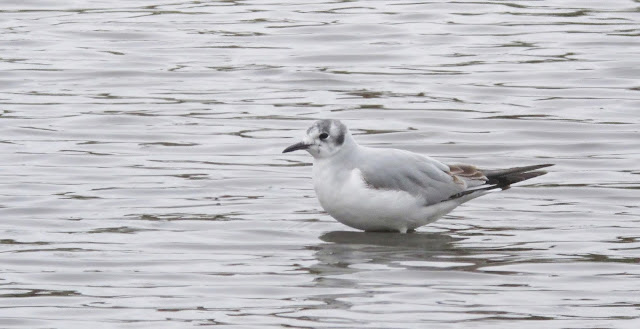 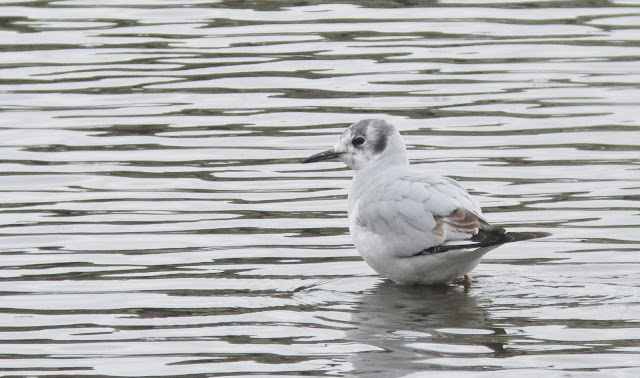 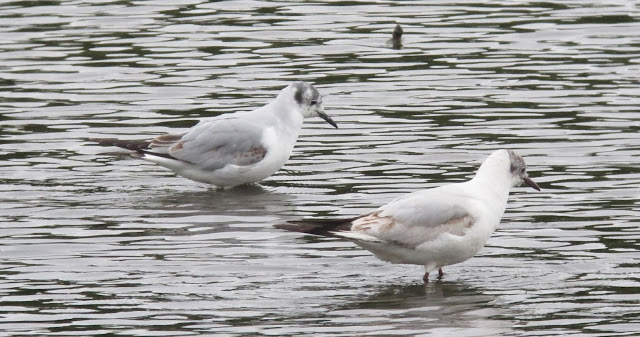 Bonaparte's Gull
Posted by Jonathan F at 22:21 No comments:

This weekend: one Ruddy Duck.

As you have probably worked out, it was a quiet return to the patch yesterday morning. 3 Little Gulls were the best Chevington had to offer. A walk along the old coal road to look for Little Ringed Plovers only revealed a single Common Ringed Plover though 2 Yellow Wagtails were a patch year tick.

Moving to Cresswell a drake Ruddy Duck snoozing in the south-west corner was unexpected. Surely this will be the last one we see..? Also on the pond was a Little Egret and a Common Sandpiper. 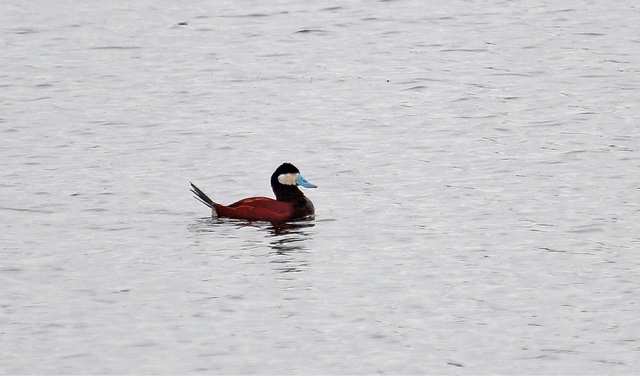 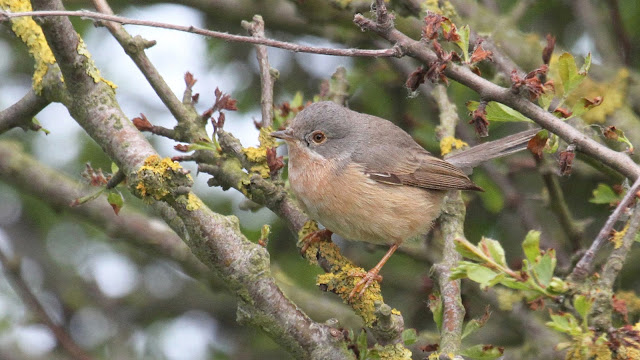 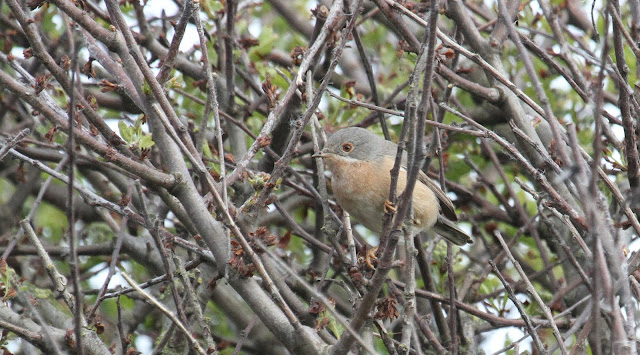 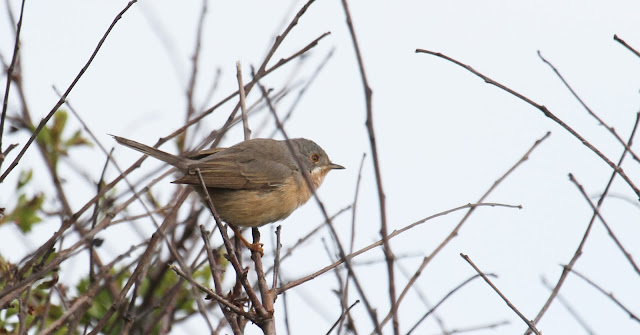 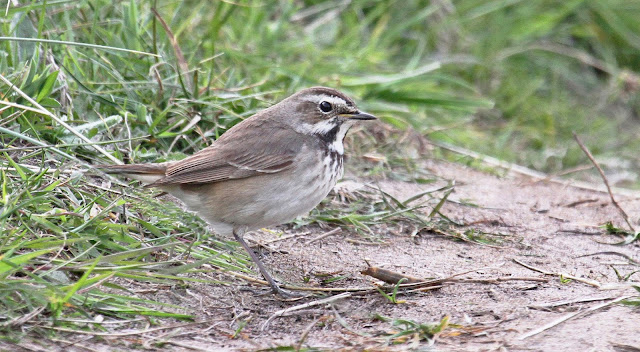 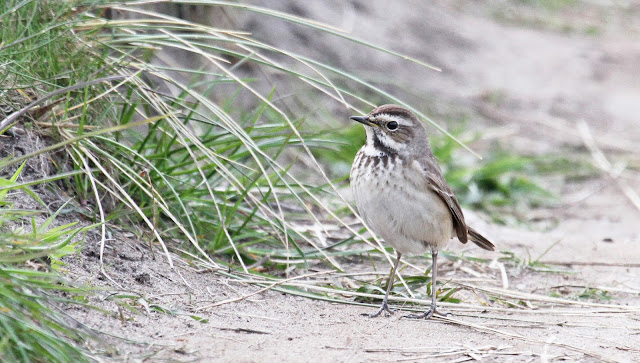 With a host of birds being reported from Teesside we decided that would be our destination on Saturday...

Our first stop was the outer bowling green on Hartlepool Headland where the stunning male Red-spotted Bluethroat was giving superb views down to just a few metres at times. Only my second in Britain and first view on the ground after one in song flight at Welney in 2011.

Before the reserve at Saltholme opened we had a look at the flooded fields on Seaton Common north of the east of the Zinc Works Road where a male Grey-headed Wagtail had been present for a view days. The very smart Wagtail was still present and showed well through the scope before flying off south with a White Wagtail.

Next was the RSPB reserve at Saltholme. We were quickly onto one of the adult Whiskered Terns sat on a tern raft in front of the visitor centre. We walked around the edge of the lake and the two Whiskered Terns were giving some very close fly-bys. I was surprised how inconspicuous they were sat in among the Common Terns yet they really stood out in flight.

Also on the reserve were 5 Spoonbills (including a bird with German colour-rings), 2 first-summer Little Gulls, my first Common Sandpiper of the year and at least a dozen Avocets.

Once we reached Danby Beacon on the North York Moors it took a while for the trip of 10 Dotterels to be found but once they were the birds were very confiding if you sat still.

Back in Northumberland Druridge Pools felt very quiet apart from a drake Garganey from the south facing hide.

We had a brilliant day on Teesside with my second-ever Bluethroat, Whiskered Terns and Dotterel along with my first ever Grey-headed Wagtail being the highlights. 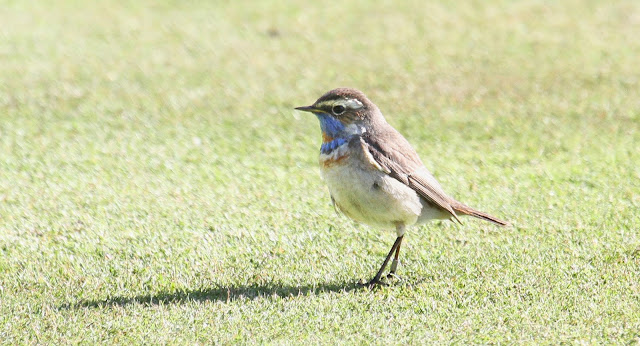 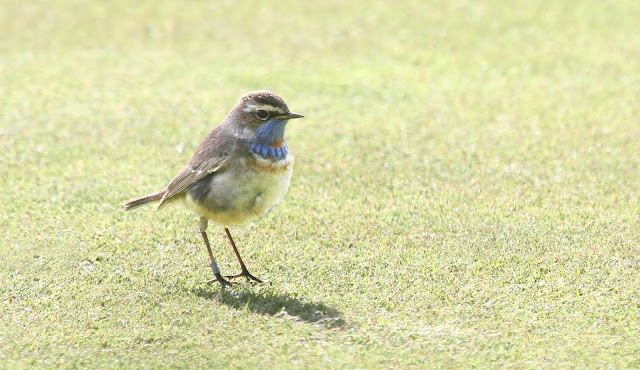 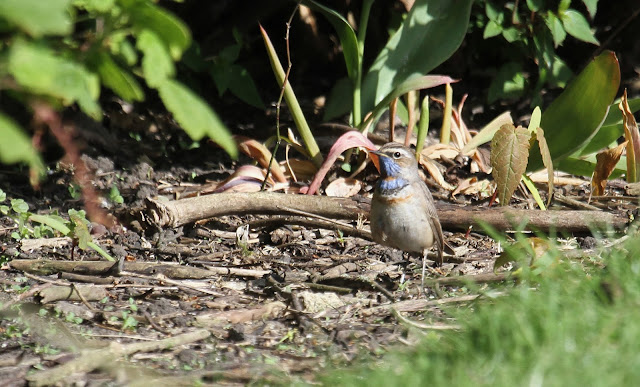 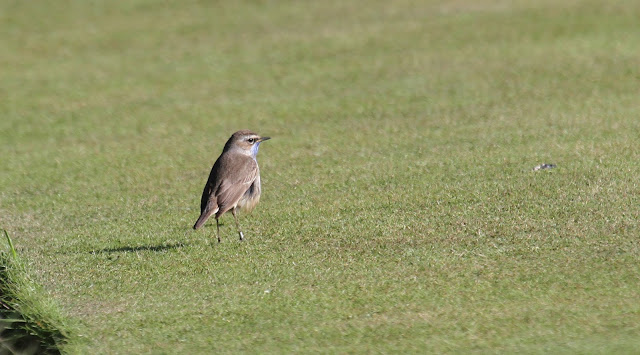 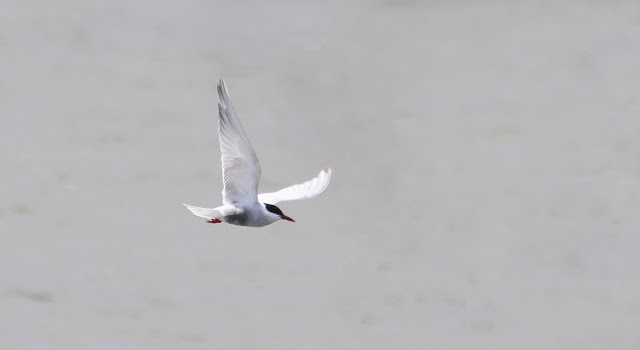 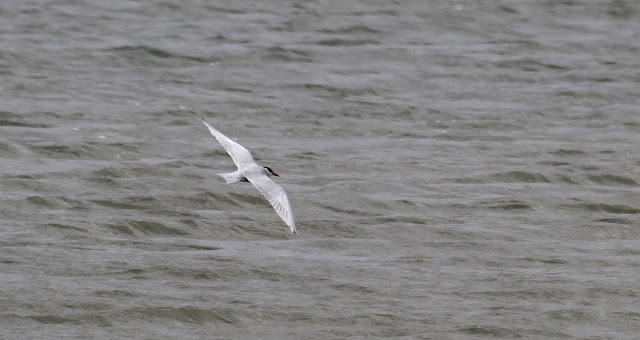 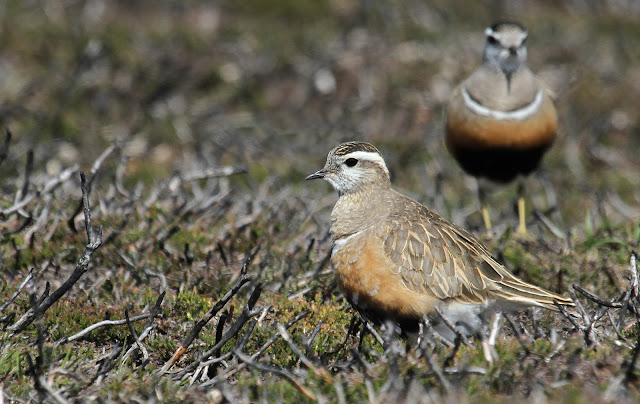 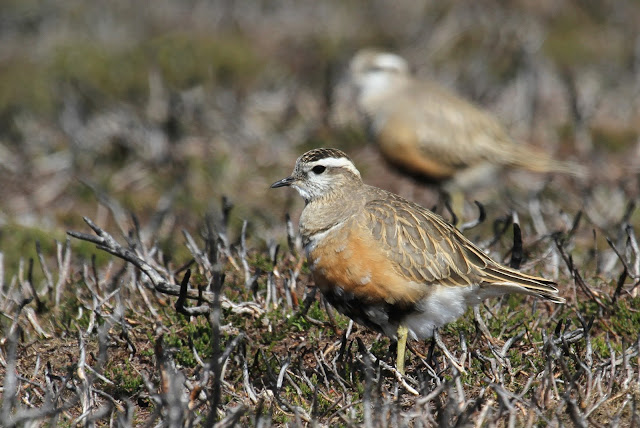 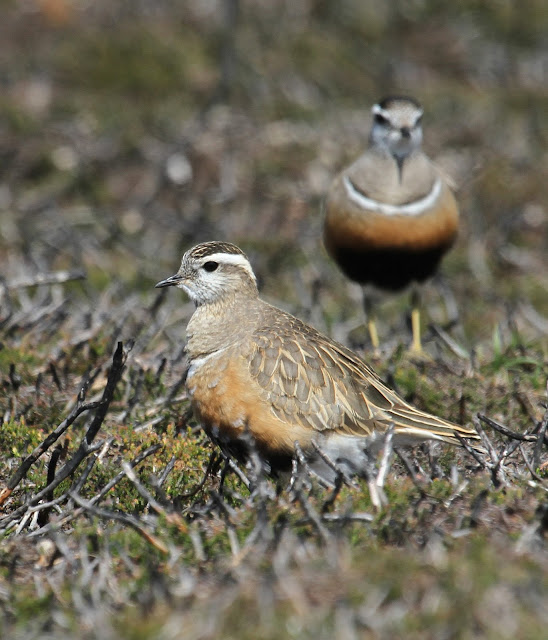 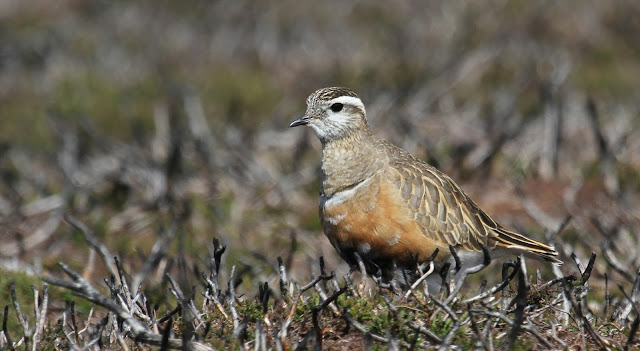 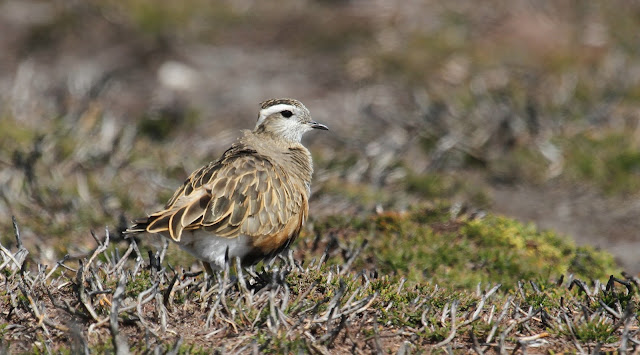 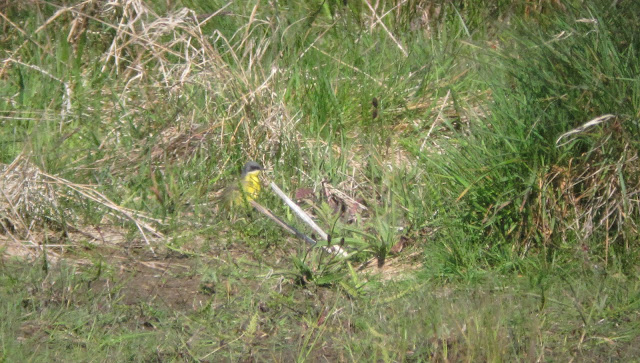 With a much improved weather forecast yesterday morning we decided to have a family trip to the Harthope Valley, one of my favourite locations to combine birding and a family picnic!

We only stayed around the Hawsen Burn but still saw a nice selection of birds. Here's the highlights...

We were also told about a couple of male Adders which gave great views in among some rocks.

After getting home we headed to Big Waters to try and catch up with a few of the influx of Black Terns. Sure enough a group of 10 stunning adult Black Terns we feeding over the lake and showed well in the afternoon sun. These were my first Black Terns which weren't autumn juveniles. I had to make do with record shots of the Terns as they were slightly too far away for the DSLR and I had to resort to digiscoping... 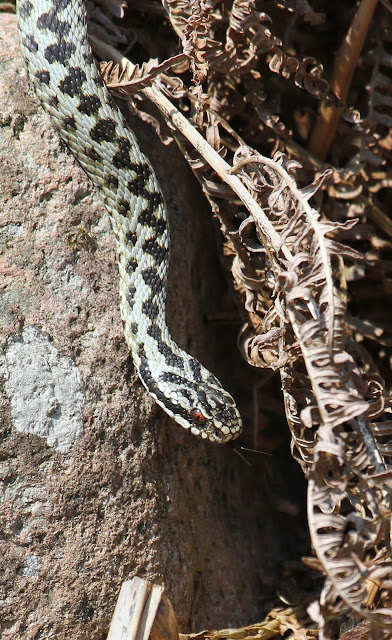 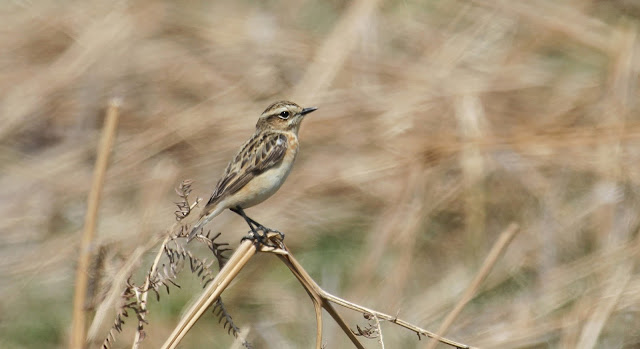 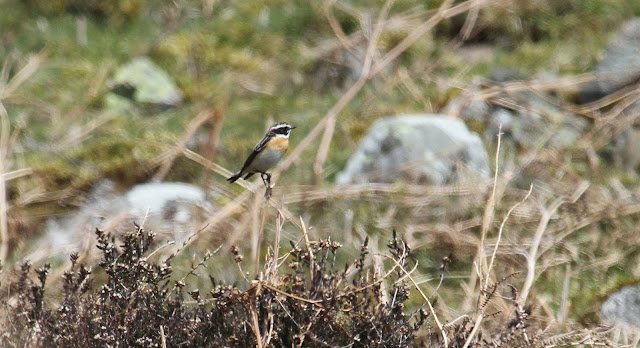 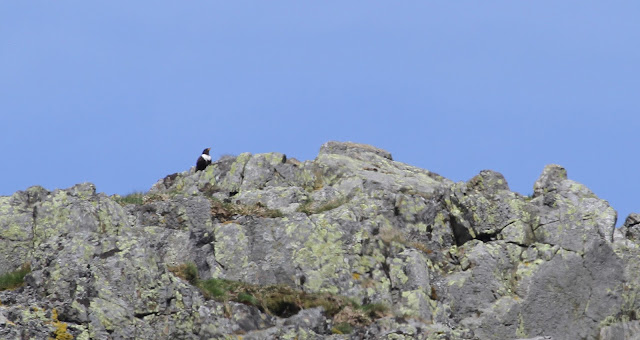 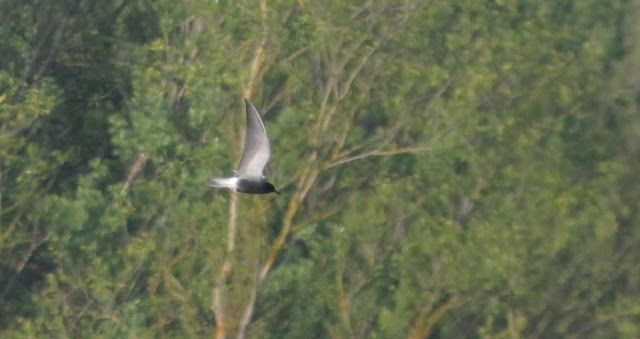 Cold start to May...

Druridge Bay was cold once again this morning. It never seems to be warm on weekends! It was also quiet except for a good spell at Cresswell Pond early afternoon.

At Cresswell a drake Garganey dropped in before appearing to head into the reeds in the south-west corner. Waders included 5 Ruff (3 very smart males), a Greenshank, a brief Whimbrel, Avocet and lots of Dunlin. 2 Little Gulls dropped in before heading off north to Druridge Pools. Also around the pond were Little Egret, White Wagtail and a singing Grasshopper Warbler at Druridge Pools.

Elsewhere in the bay the Goosander was again at East Chevington along with 5 Red-breasted Mergansers and a Mediterranean Gull flew over Druridge Pools. I missed a Manx Shearwater which my Dad saw flying south past Druridge Pools. 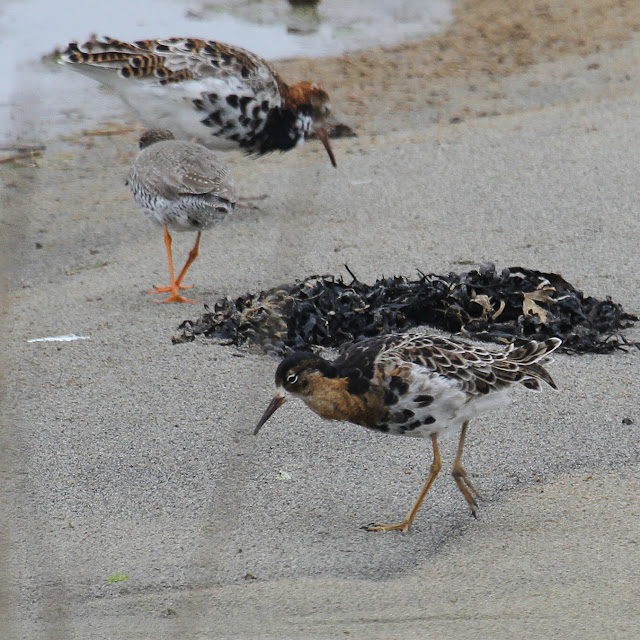 Also a few photos from last weekend in the wind and rain...