Yesterday morning we set off on our first ever twitch to Scotland from home, hoping to catch up with the scoters at Musselburgh, Lothian...

The heavy rain and sleet on the drive up were a bit worrying, but thankfully it cleared as we crossed the border, and conditions at Musselburgh when we arrived weren't too bad. We walked east along the sea wall, and arrived at the twitch just as our target was found. The smart drake American White-winged Scoter was showing quite well with a group of Velvet Scoters, not far beyond the surf. It showed throughout our visit, although could be difficult to find in the rough seas, despite being quite close in. I opted for videos of it today due to the choppy water, so the below photos are nothing more than record videograbs!

Other birds off the sea wall include a drake Surf Scoter which gave a couple of nice flypasts, before settling on the sea, around 30 Velvet Scoters, 3 Slavonian Grebes and our first Sandwich Tern of the year.

We took quite an indirect route home! Calling in at Low Newton, the Grey Phalarope was showing nicely on the scrapes, while a first-winter Glaucous Gull was in the field next to Monks House Pool. Finally, at Druridge Pools, a Water Pipit was showing well along with 36 Black-tailed Godwits, 4 Pintail and 2 Red-breasted Mergansers. 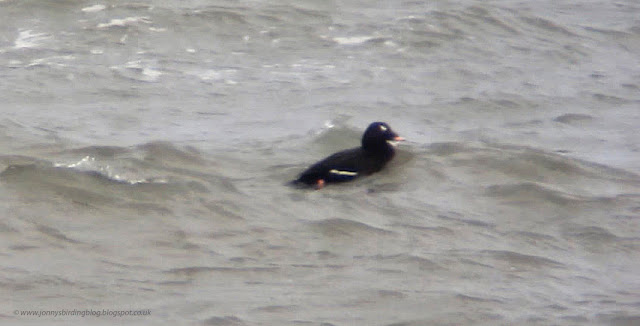 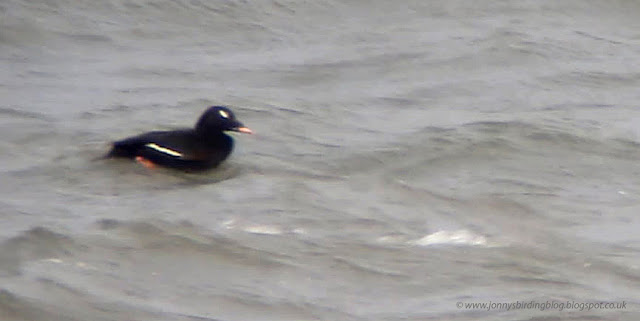 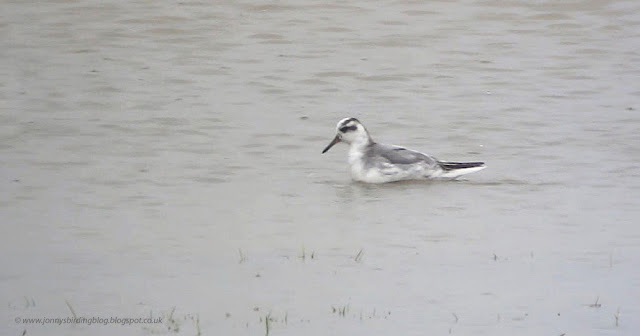 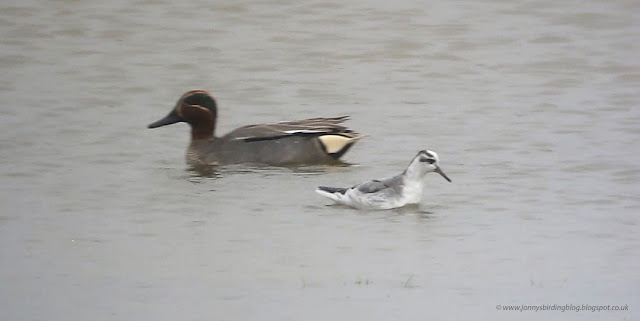 Grey Phalarope - video should be viewed in HD at 1080p

A few others from Norfolk and Rutland...

I've finally gone through the last of my photos from the few days me and my dad had in Norfolk in mid-February as well as Rutland on the way home.

A day in the Brecks produced the briefest of views of a Lesser Spotted Woodpecker, as well as a Golden Pheasant, 17 Parrot Crossbills and a Goshawk among others. Sadly they were all too quick for photos!

The following day on the north Norfolk coast one of the highlights was the flock of 100+ Snow Bunting at Salthouse, along with the geese on my previous post.

And on the way home we called in at Rutland Water, where 5 Smew included a very showy redhead and my first drakes for seven years!