On Saturday we headed to Holy Island hoping that some migrants might have been brought down by the weather conditions, and although there was quite a few common migrants, there was none of the hoped for scarcities. The counts were as follows:

Sunday saw us heading up to Druridge as there had been a Great White Egret and Spoonbill there in the past few days. No luck with either at first, only a female Scaup at Cresswell with 6 Goosanders and 8 Red-breasted Mergansers. On arriving home we heard that the Great White Egret was at Druridge Pools, so we set off again. While driving past Bell's Farm I saw a large white bird on the pond, but assumed it was one of the Swans which had been there earlier, so headed to Druridge Pools. On discovering that it wasn't there we rushed back to Bell's Pond, and sure enough there it was, in exactly the same place as that white bird I saw earlier. It showed really well before the cows flushed it and it flew off west. A Yellow Wagtail was also there and a Common Sandpiper was at Druridge Pools. 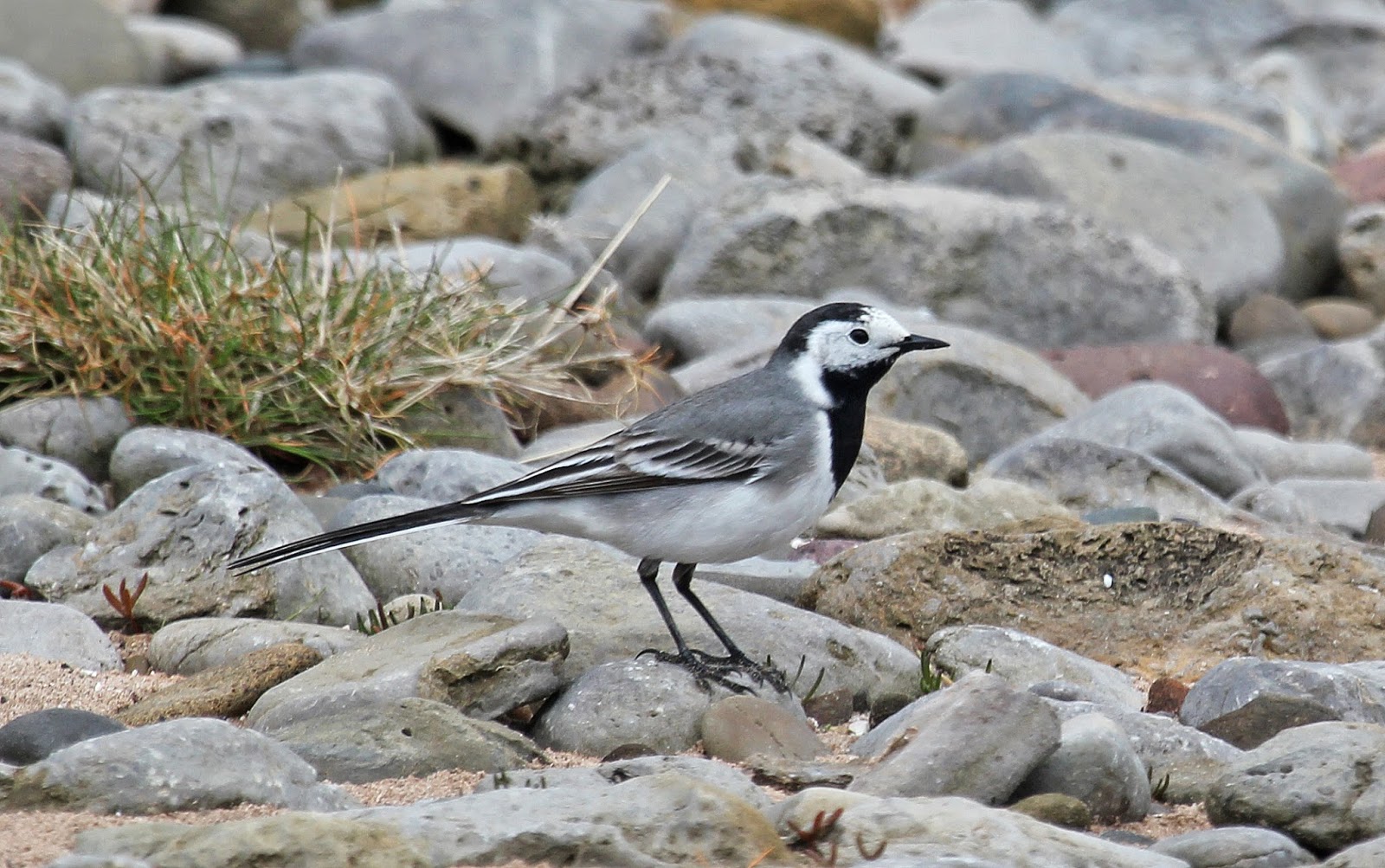 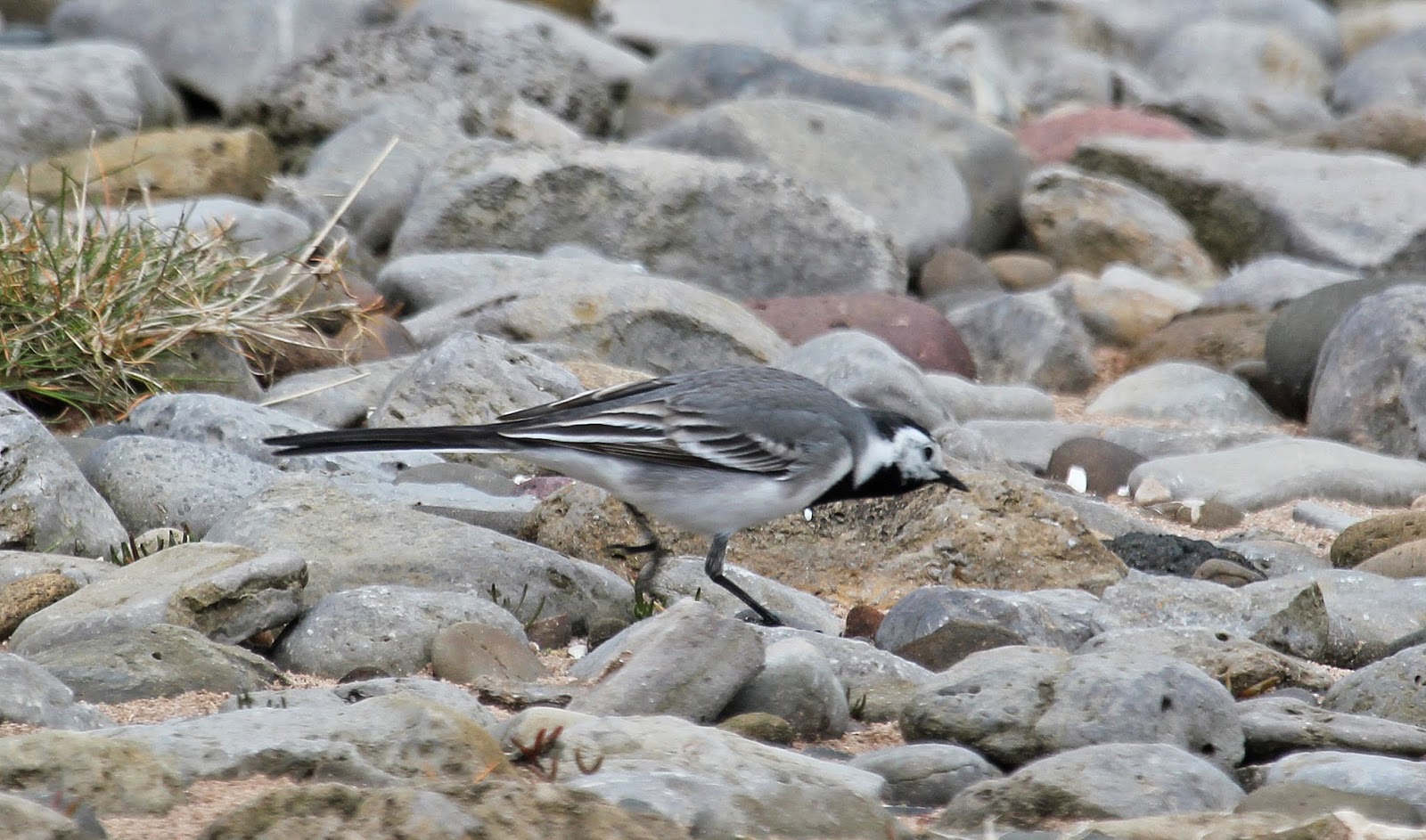 We set off to Druridge Bay this morning hoping that we might see some migrants. Chevington first up, as when the Bearded Tit had been seen, it was earlier in the day. We couldn't find it, but 2 Grasshopper Warblers were nice, especially how I managed to get very close to one. There was a smart summer plumage Black-necked Grebe on the North Pool as well as 5 Red-breasted Mergansers and a couple of Sedge Warblers and a Whitethroat.

While at Chevington we heard a drake Garganey had been at Druridge Pools, so that's where we went next. It was showing brilliantly, along with 2 Yellow Wagtails. A summer-plumage Black-tailed Godwit also dropped in. 5 Avocets were at Cresswell and 4 Red-breasted Mergansers.

Lastly a White Wagtail was at Bothal on the way back. 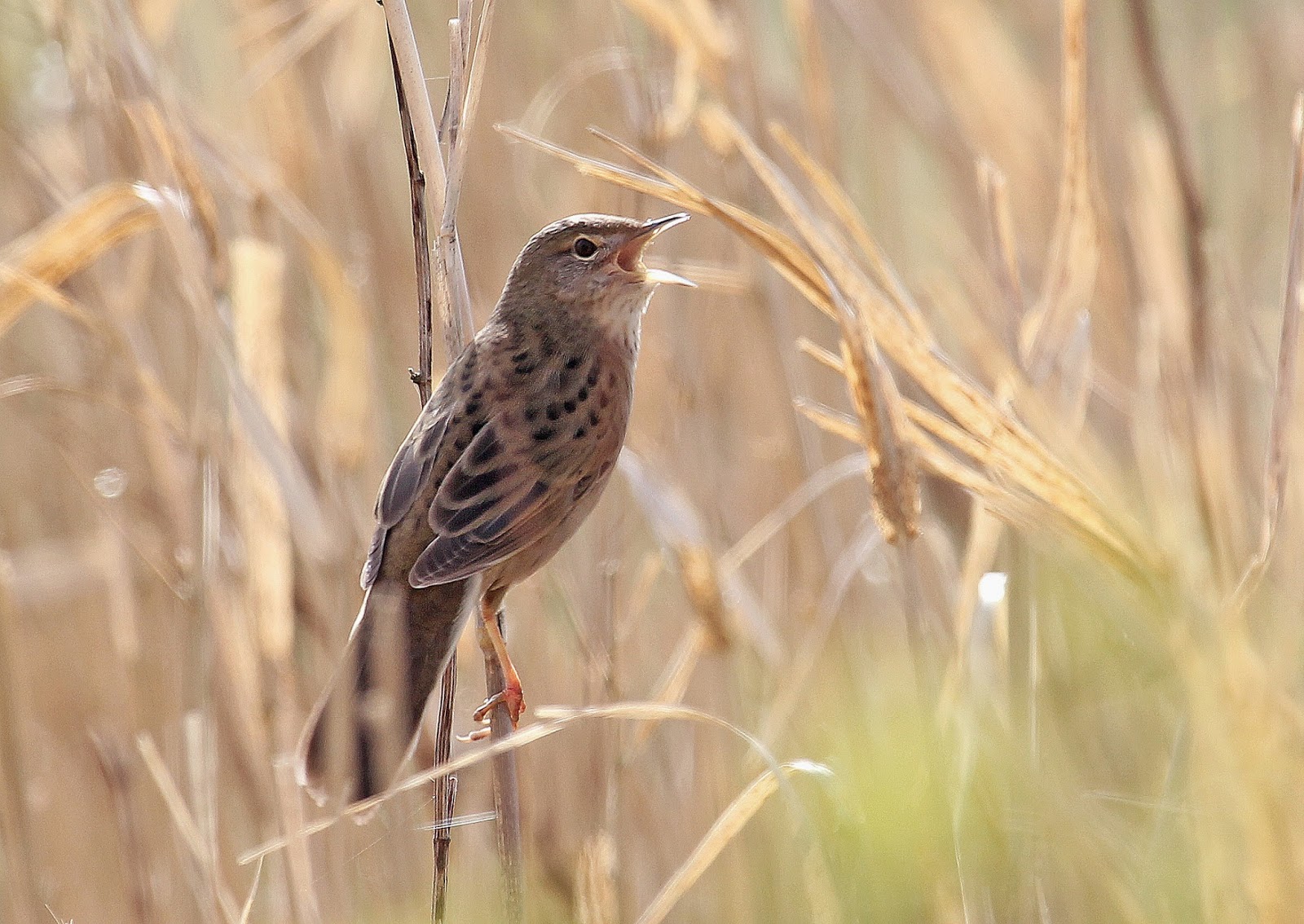 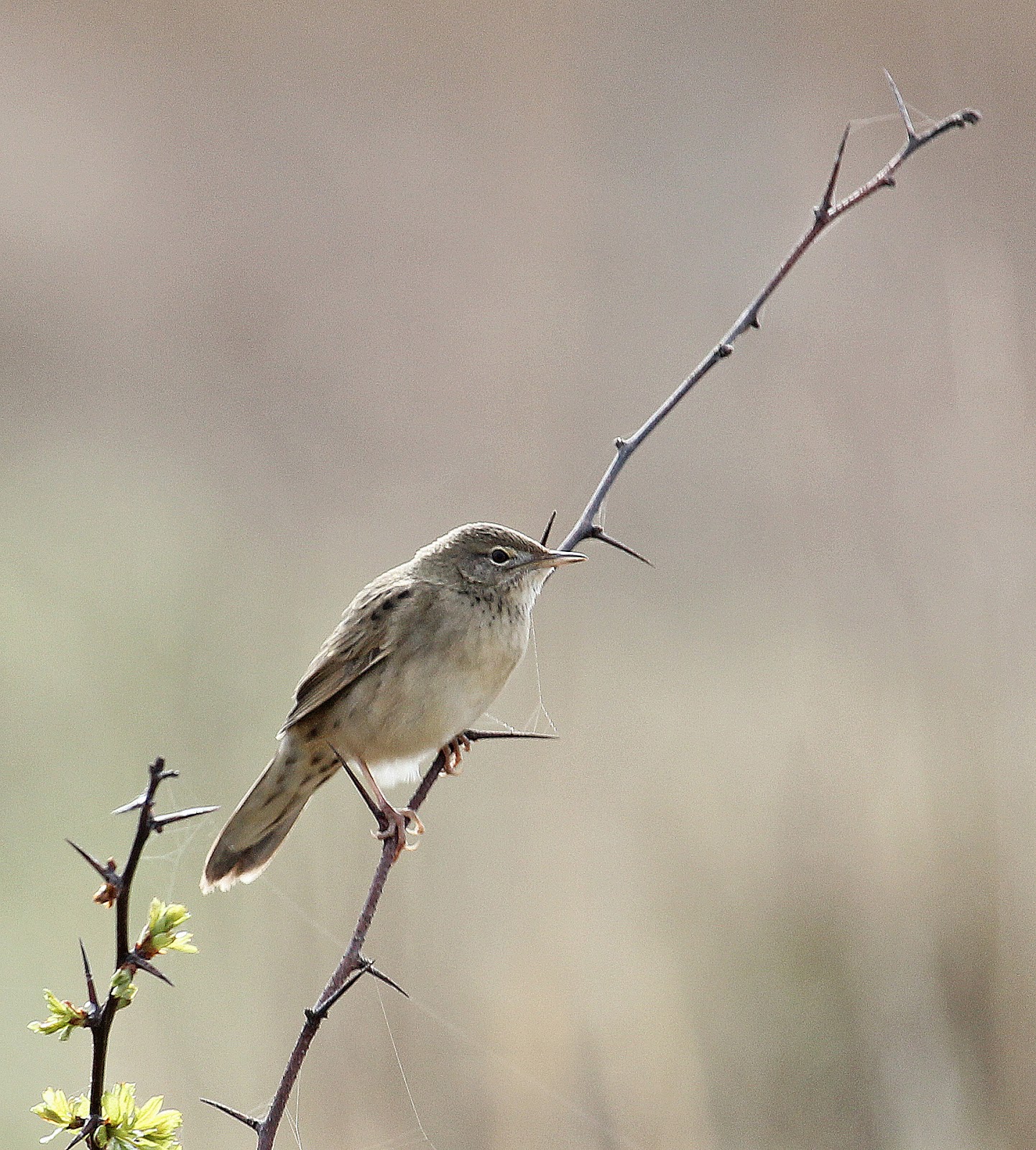 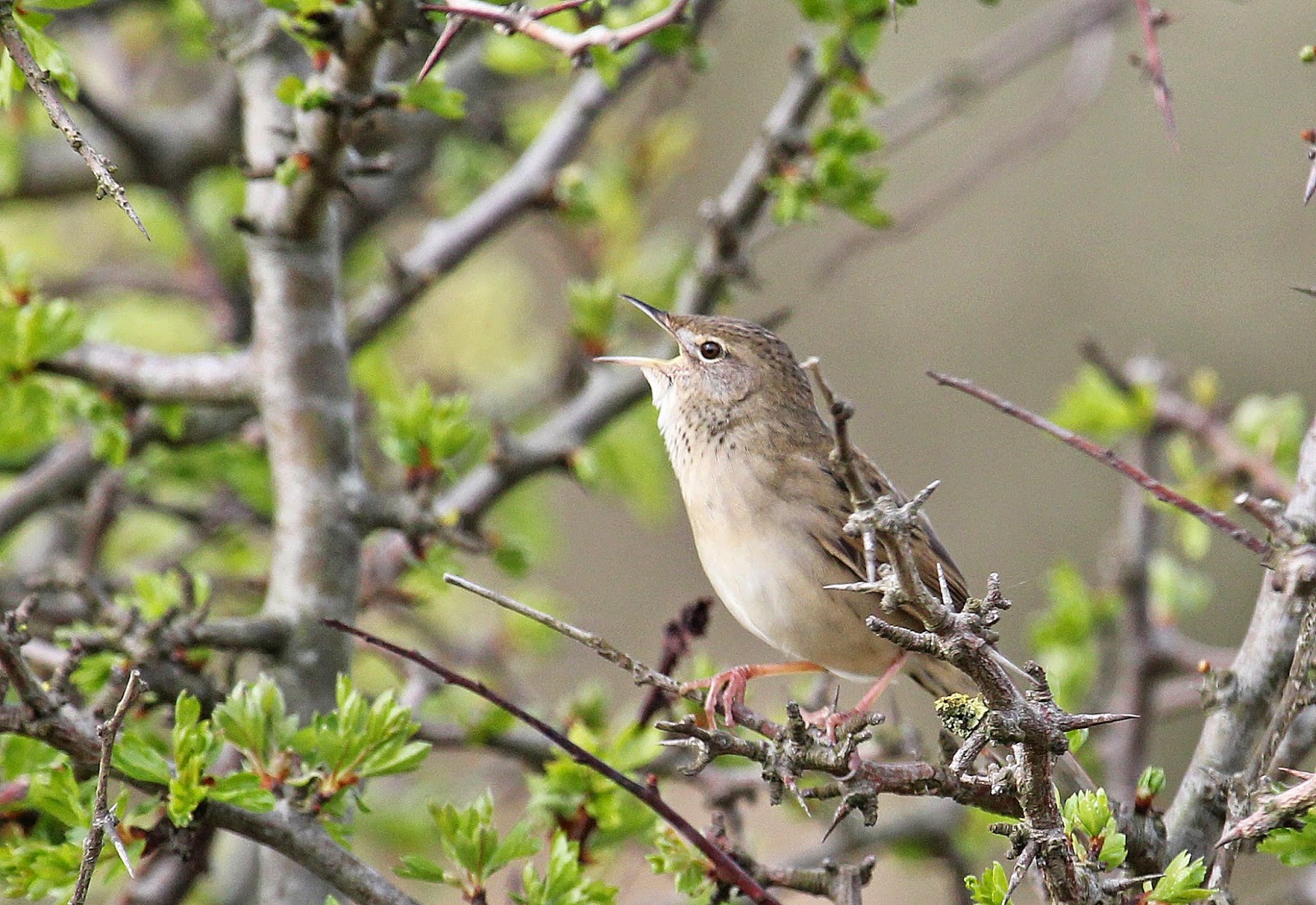 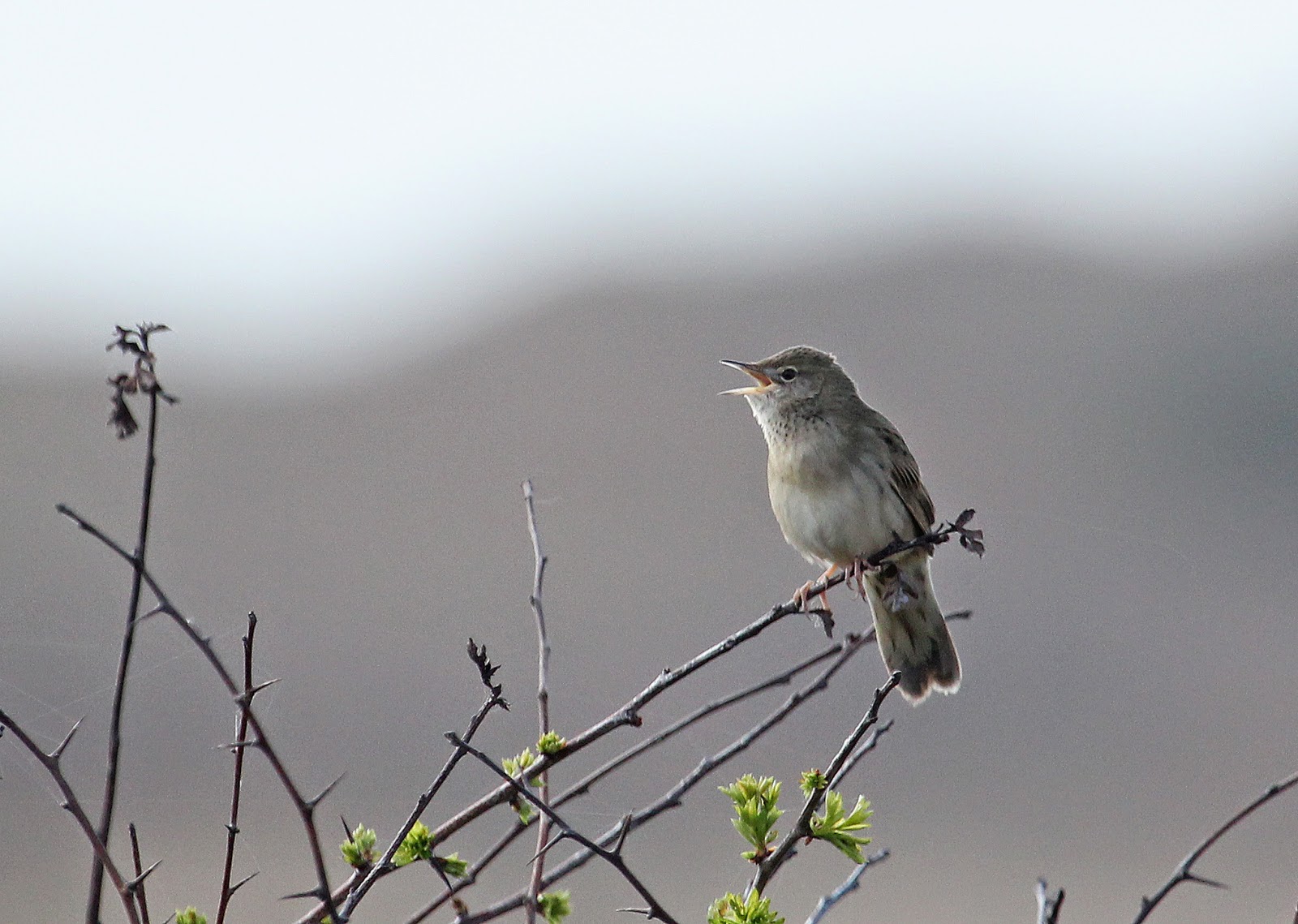 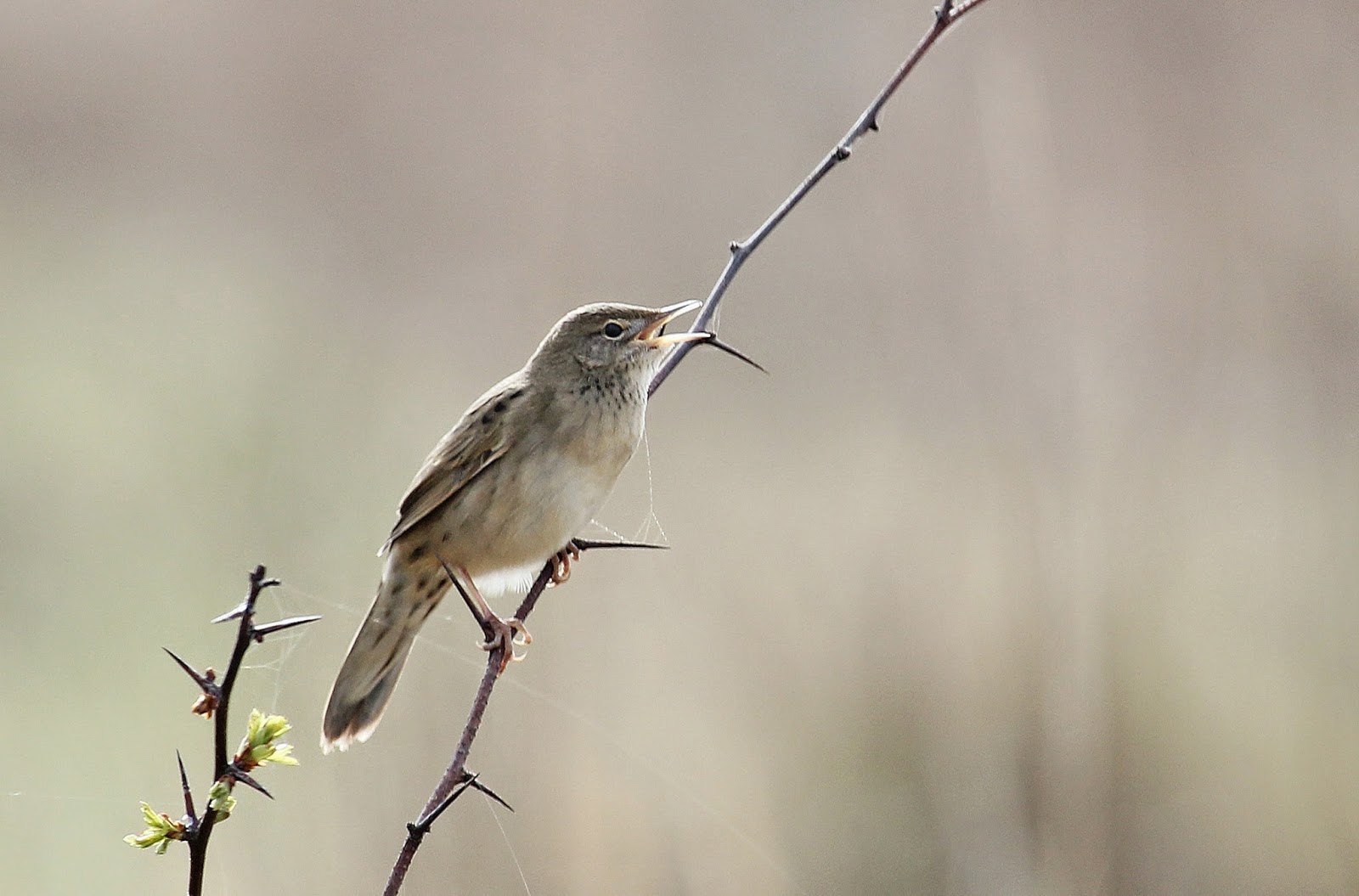 A couple more shots of the ISS as it passed over again yesterday. Too cloudy to see it this evening, but tomorrow looks promising. It'll pass over at 21:50... 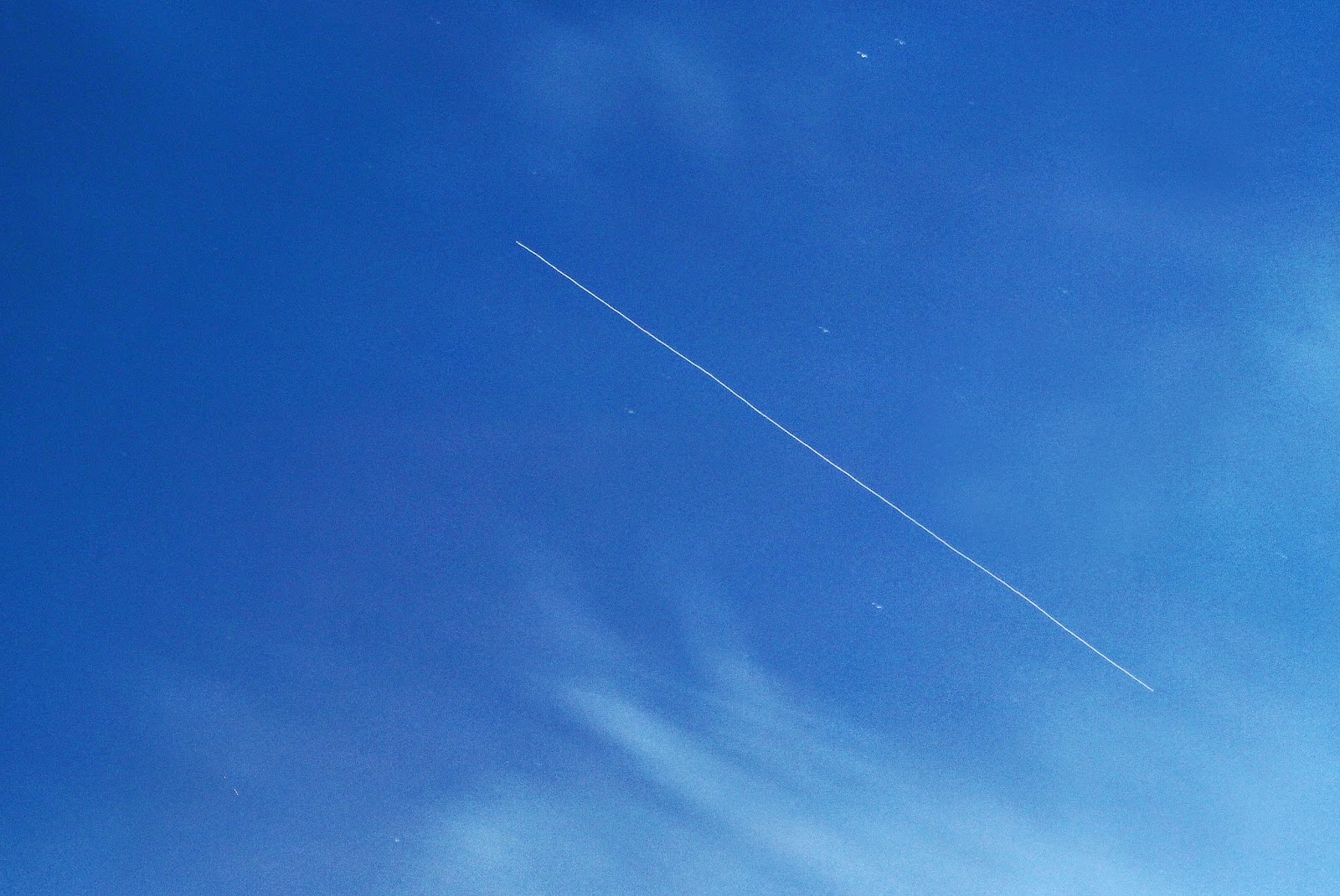 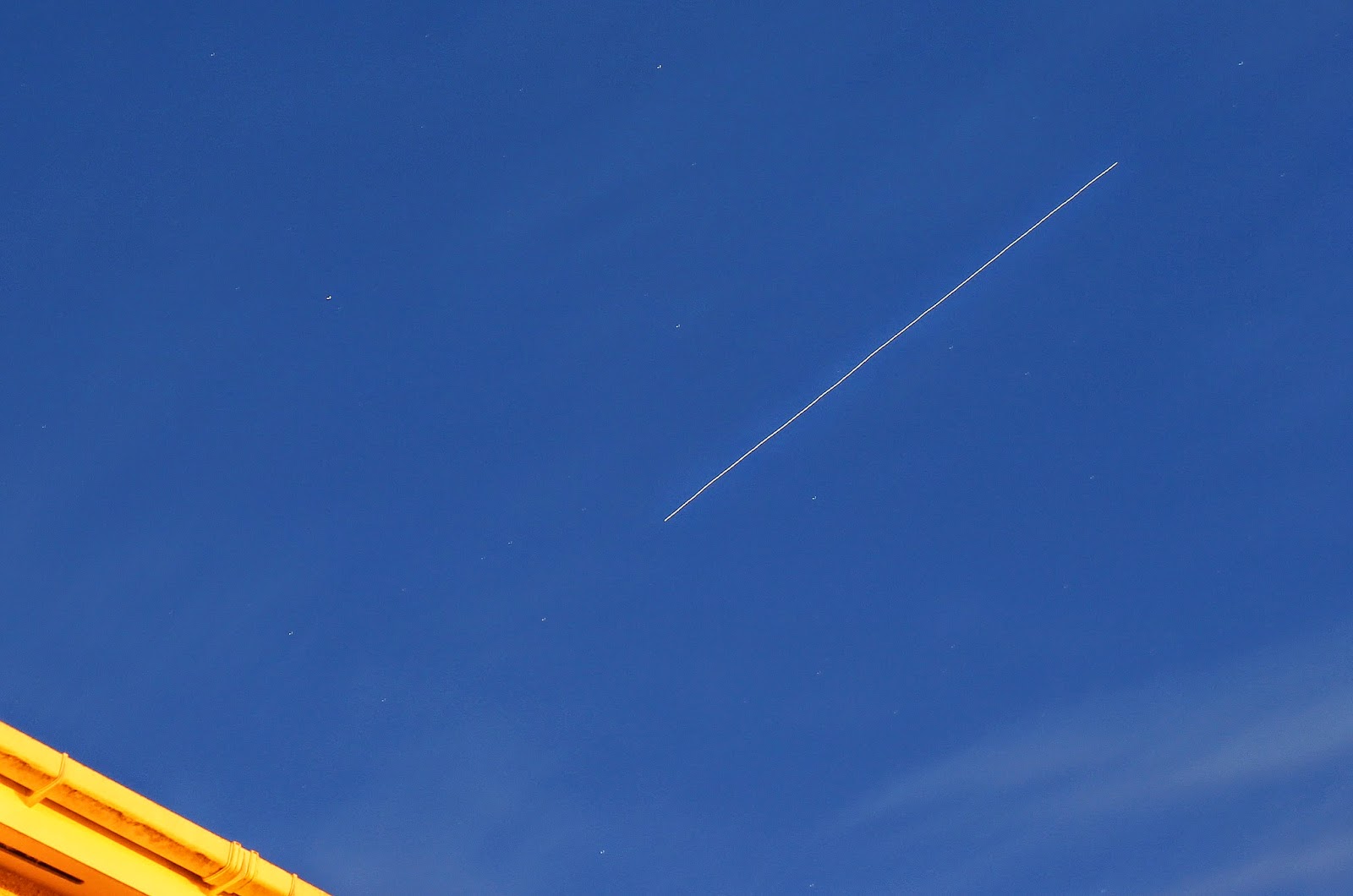 I had an enjoyable day in the north of Northumberland. First off another try for Adder at Branton Gravel Pits, this time with some more info, kindly provided to me through twitter.

After a brief search and a few stops to photograph the many singing Willow Warblers, we found 2 Adders basking. They hardly moved while I was photographing them, and I was able to get very close. A couple of Blackcaps were also singing there.

Ring Ouzels were the next target, and we had hardly pulled up in the car park at Harthope Valley before we heard one. A short trek up the valley produced 4 Ring Ouzels altogether: two males and two females. 3 Wheatears were also there as well as more Willow Warblers and plenty of Red Grouse. 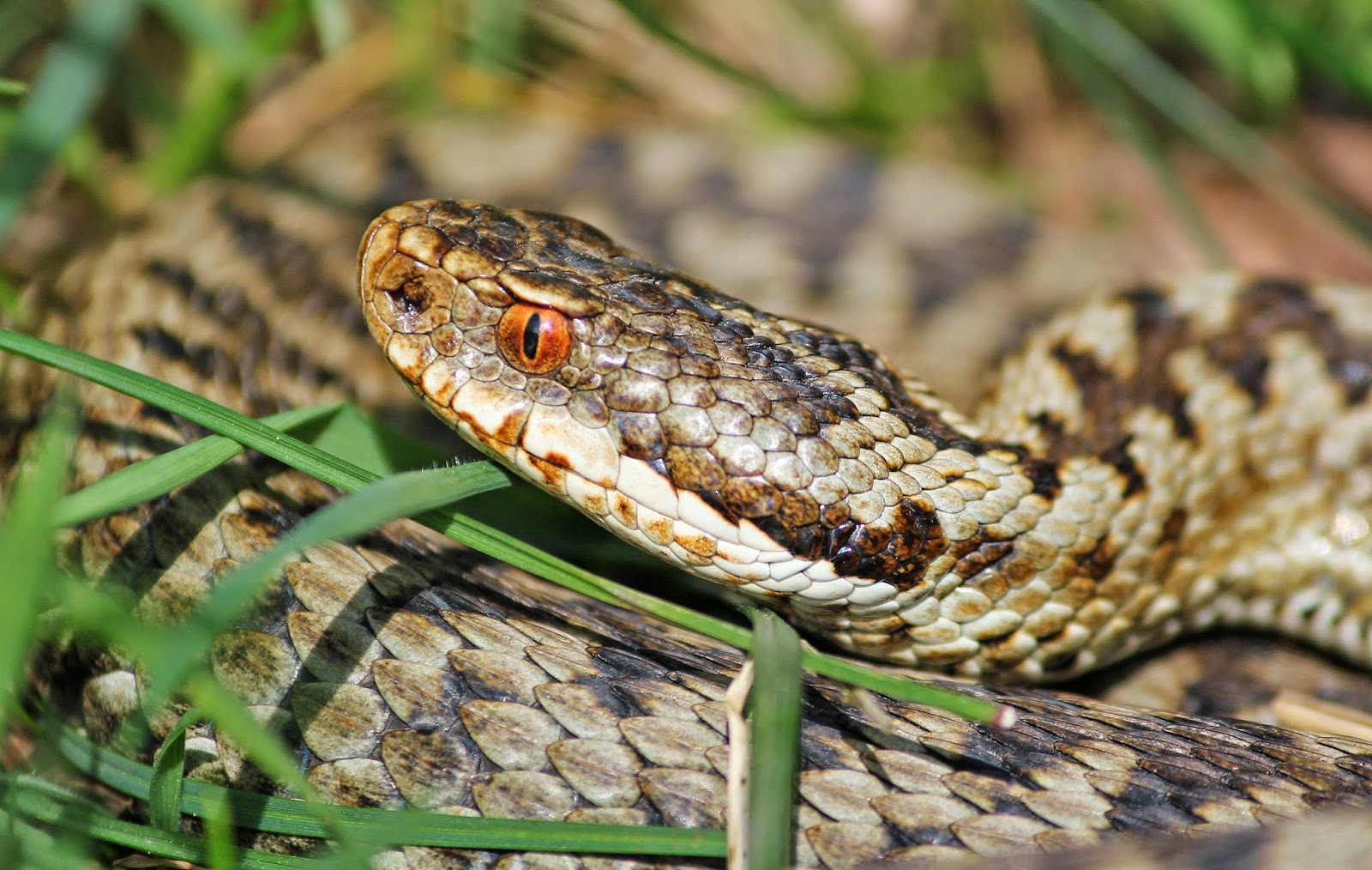 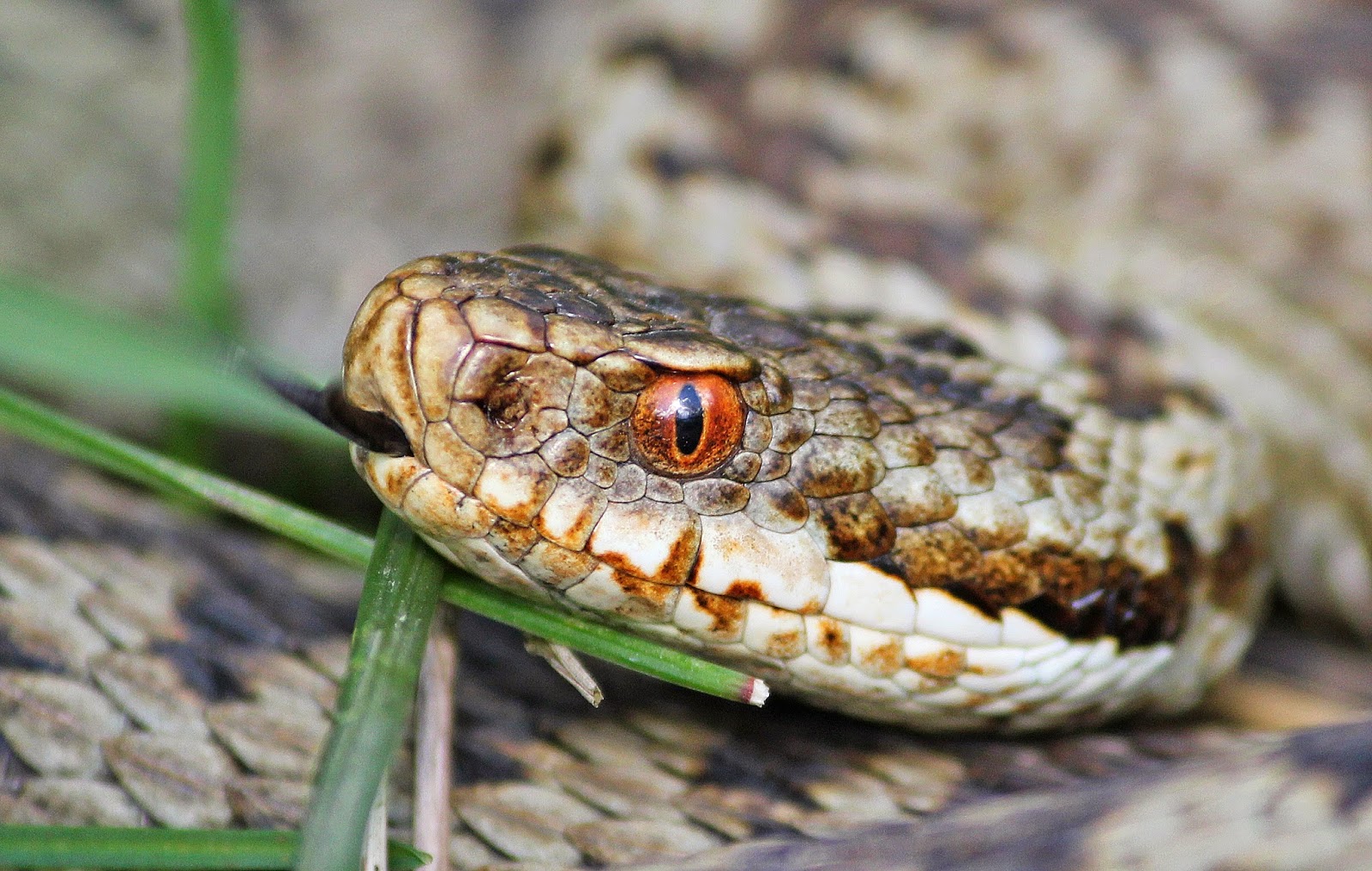 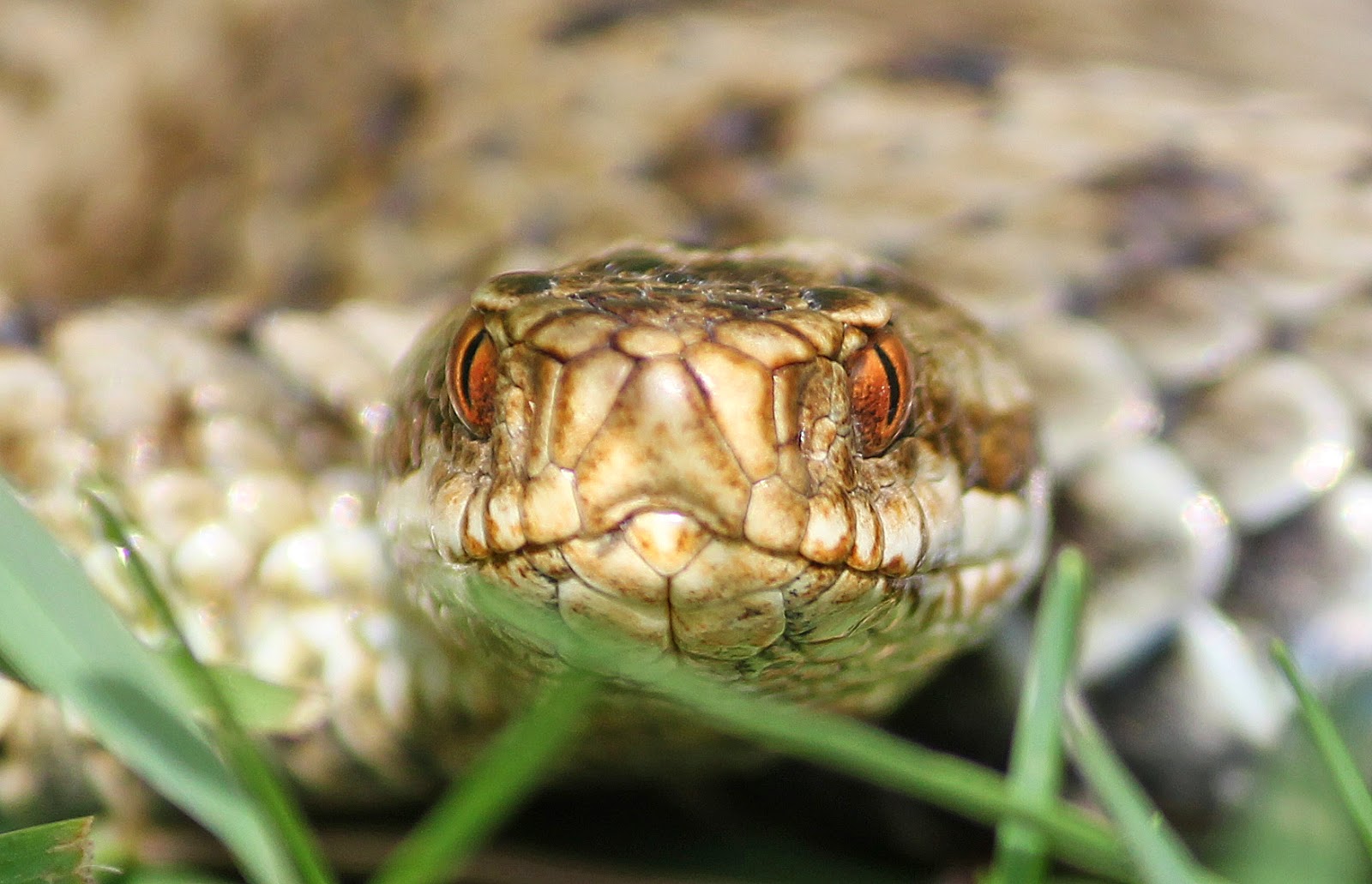 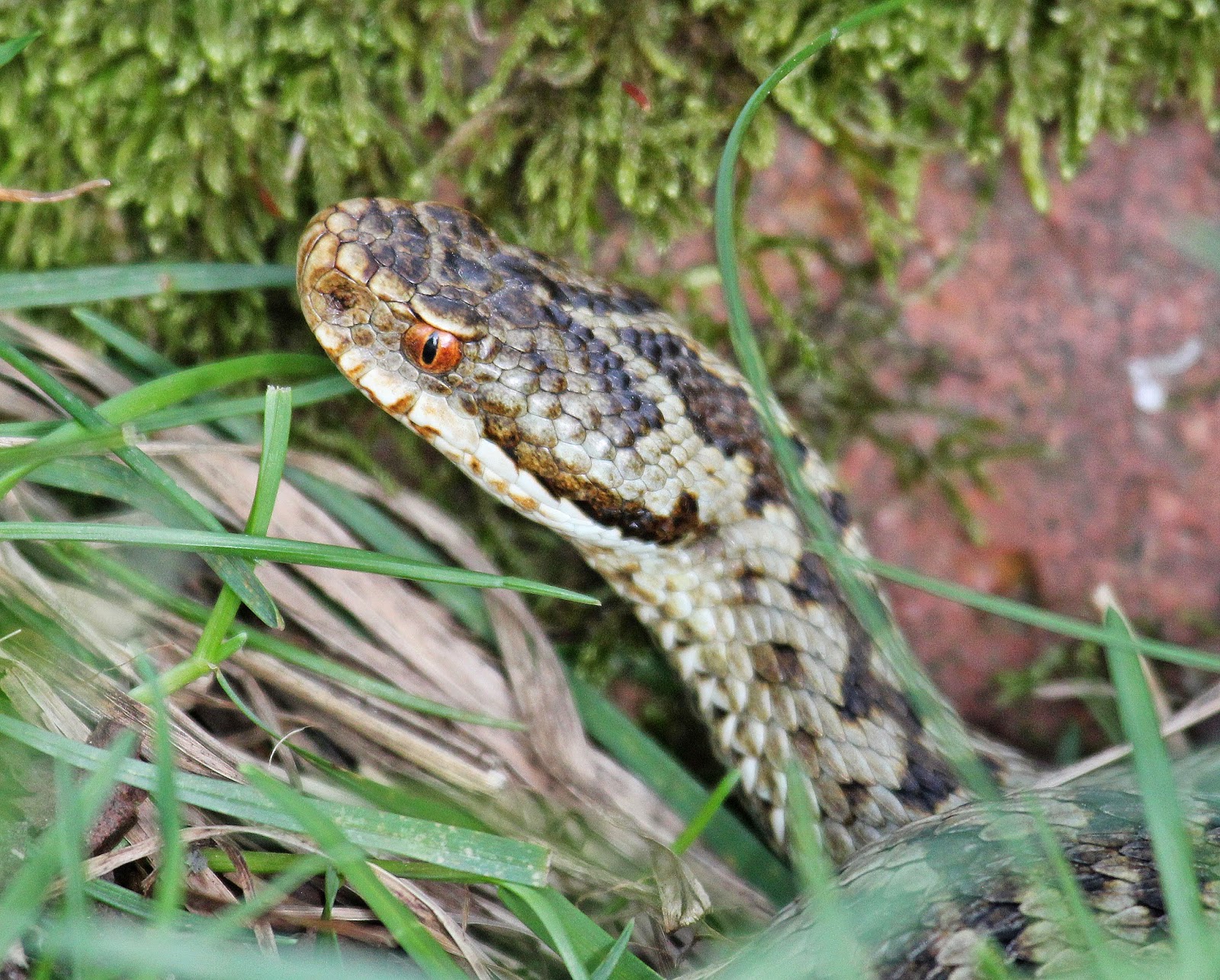 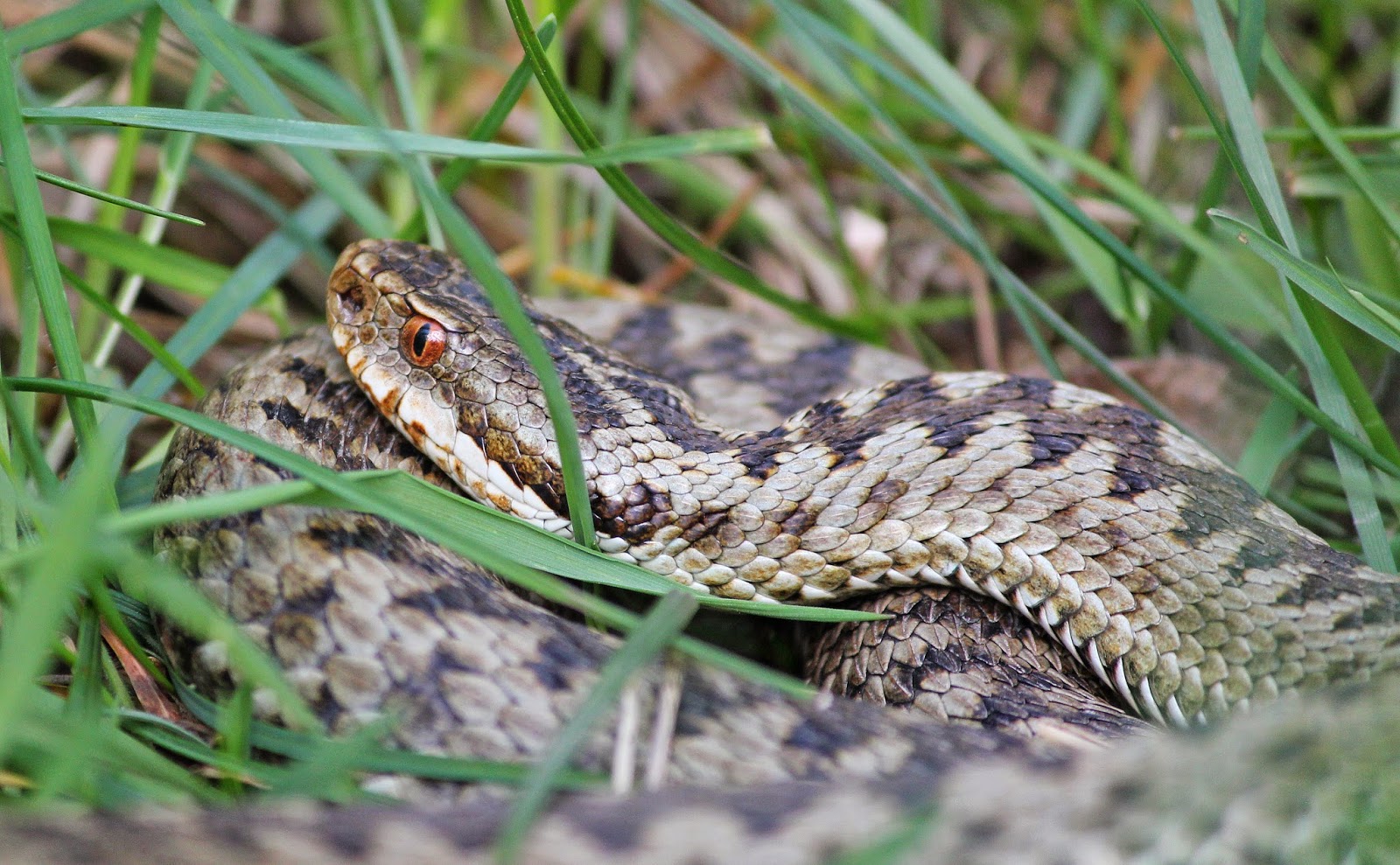 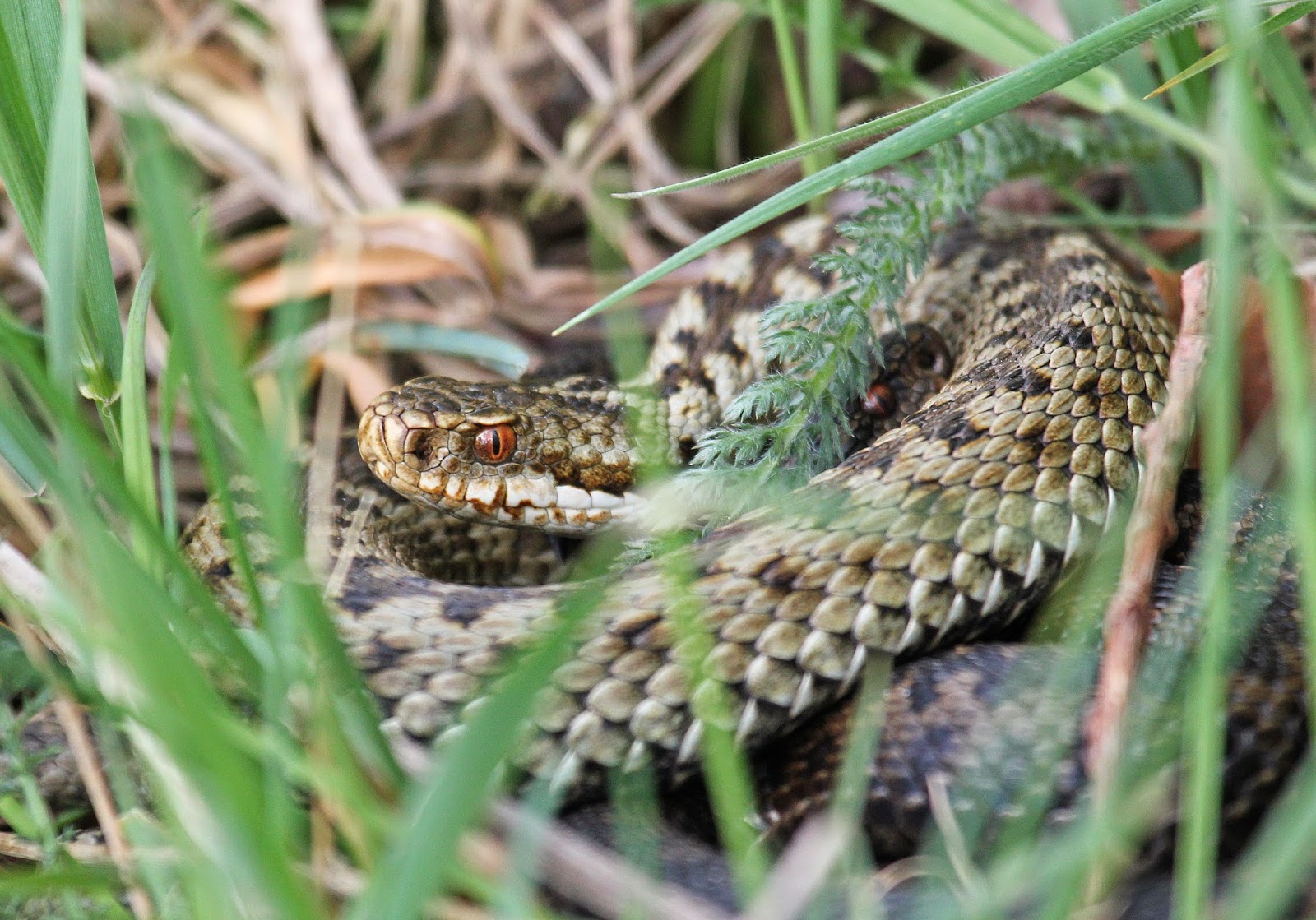 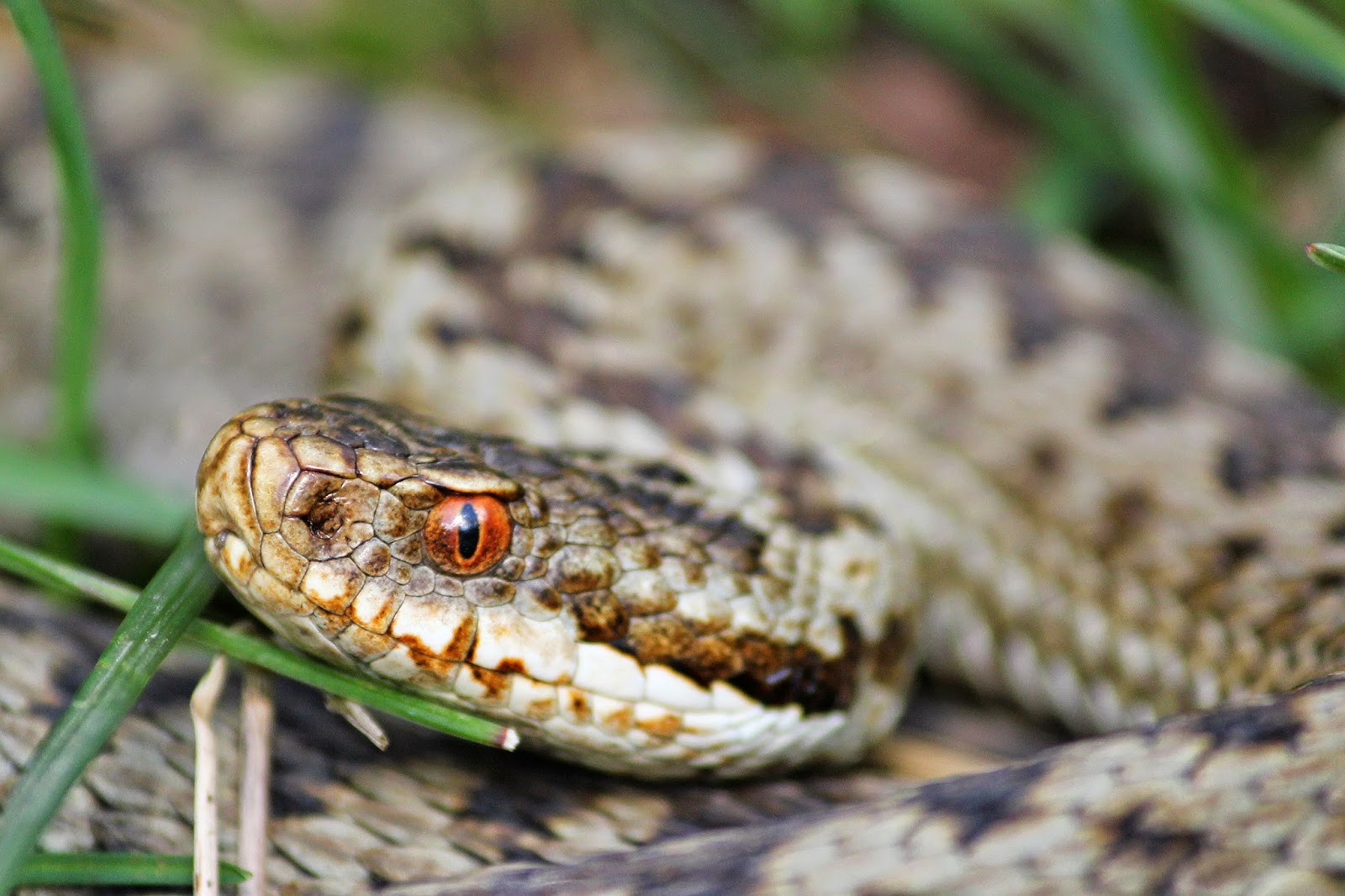 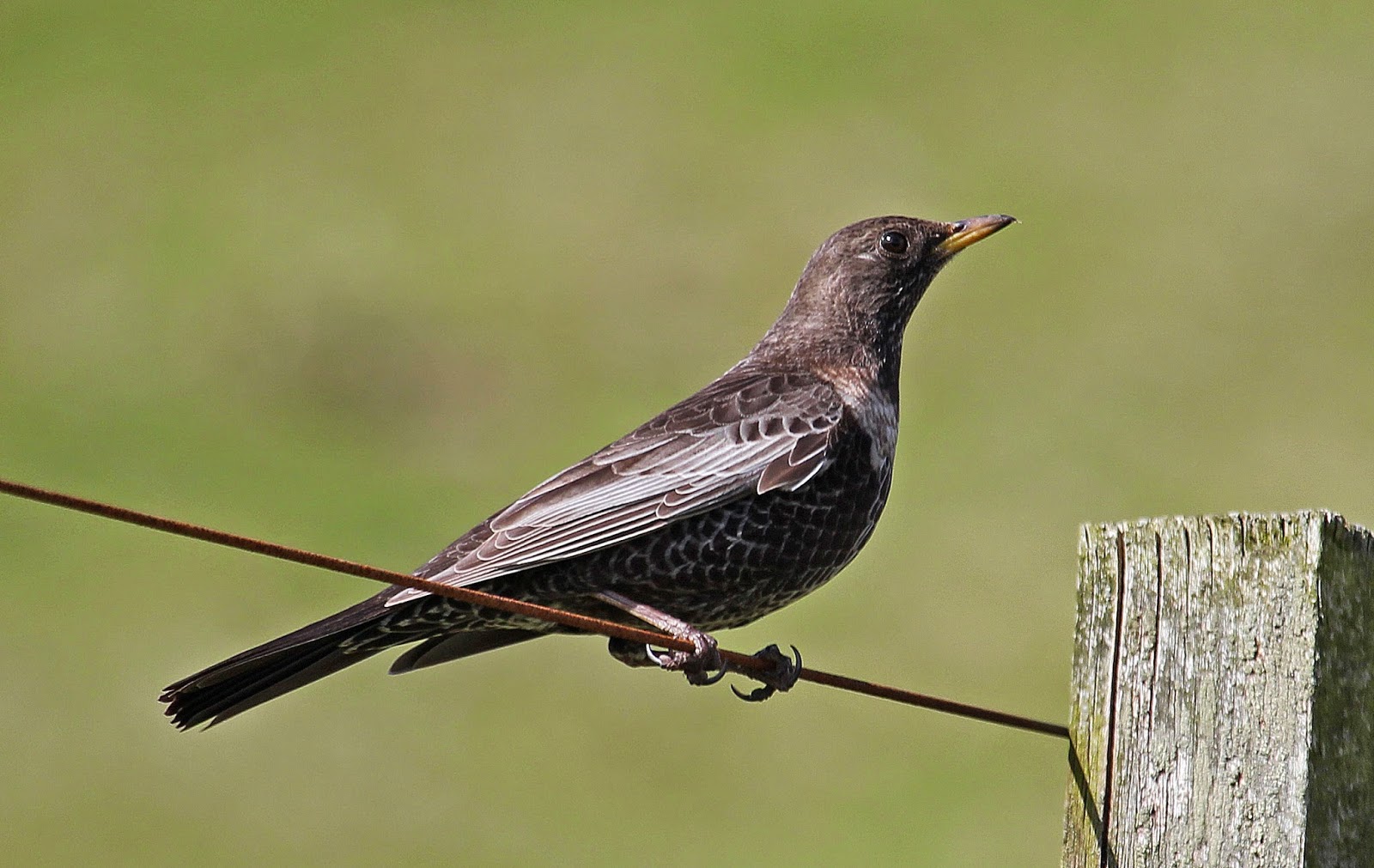 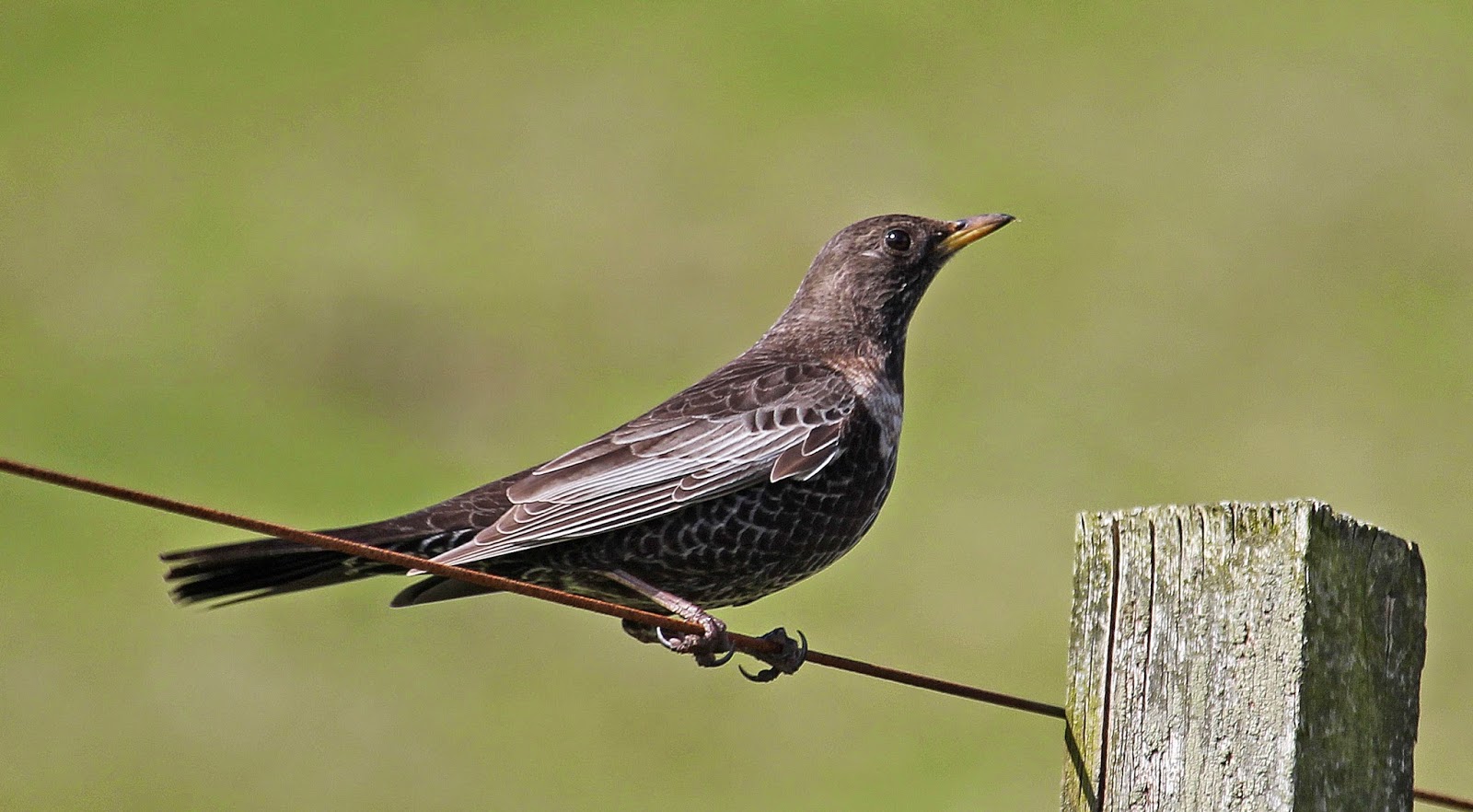 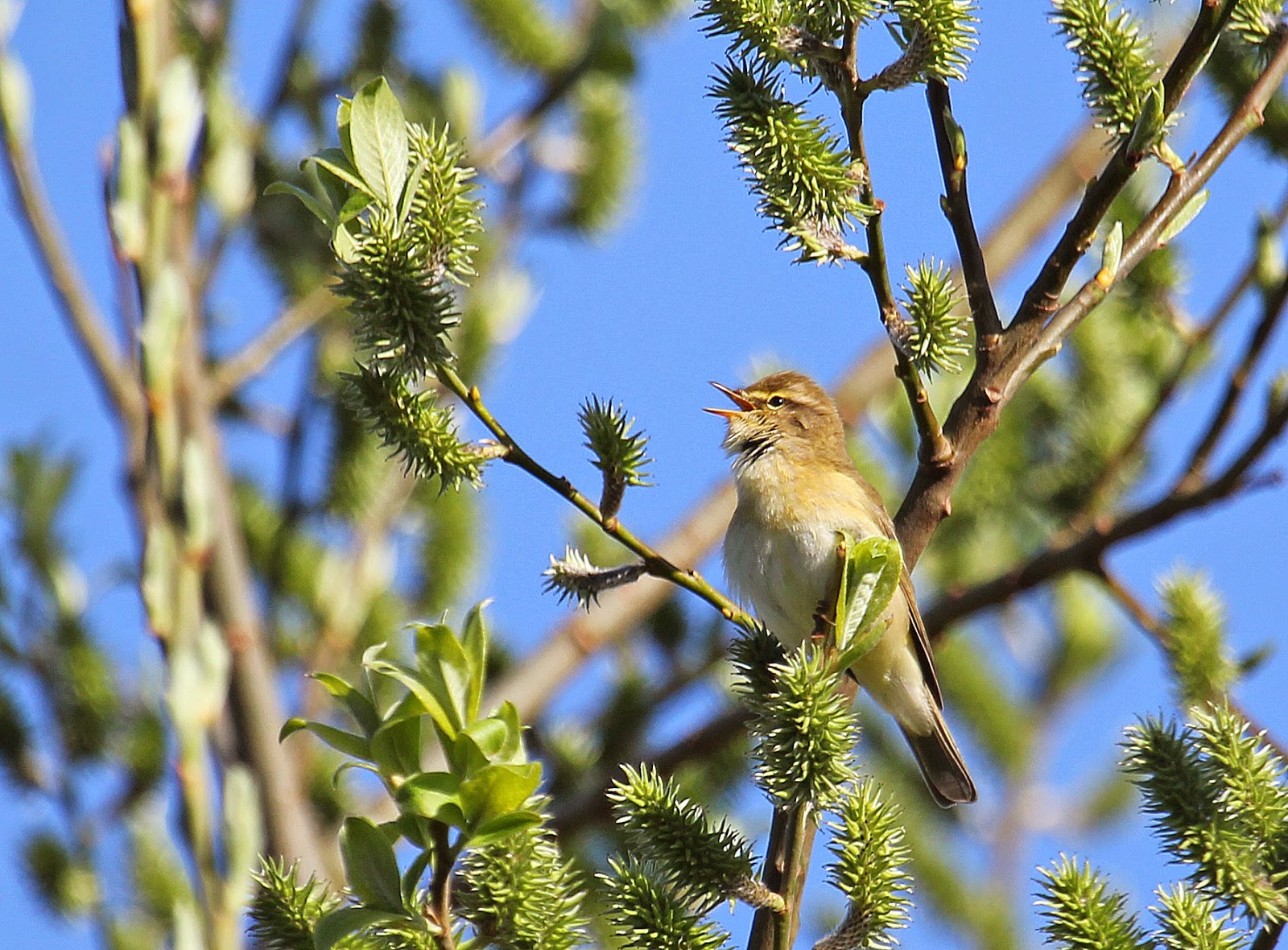 Here's a couple of pics of the ISS (International Space Station) as it passed over my house yesterday night. If you would like to see it yourself see here. When you see it, it looks like an especially bright star, which is moving quite quickly from west to east. 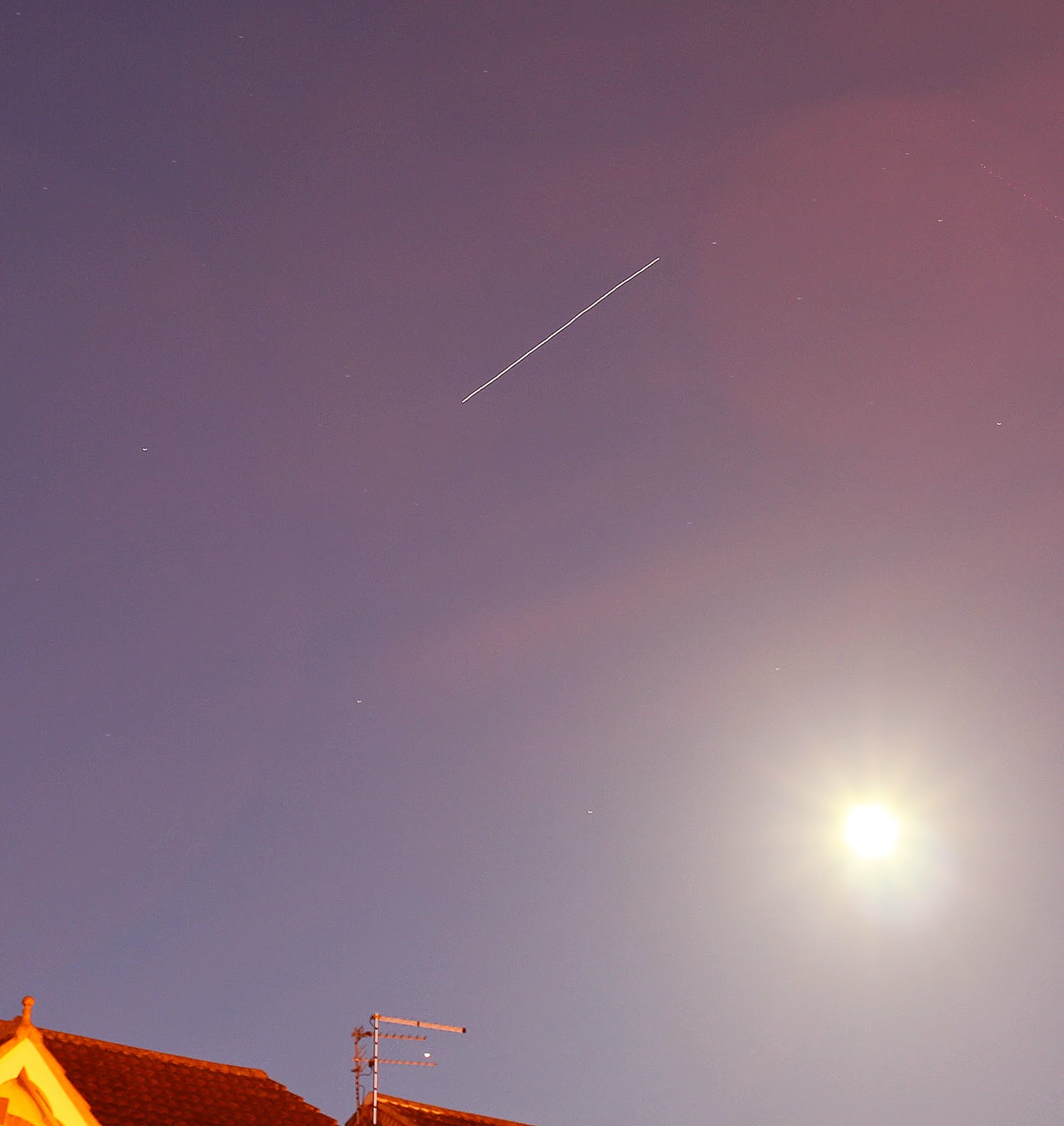 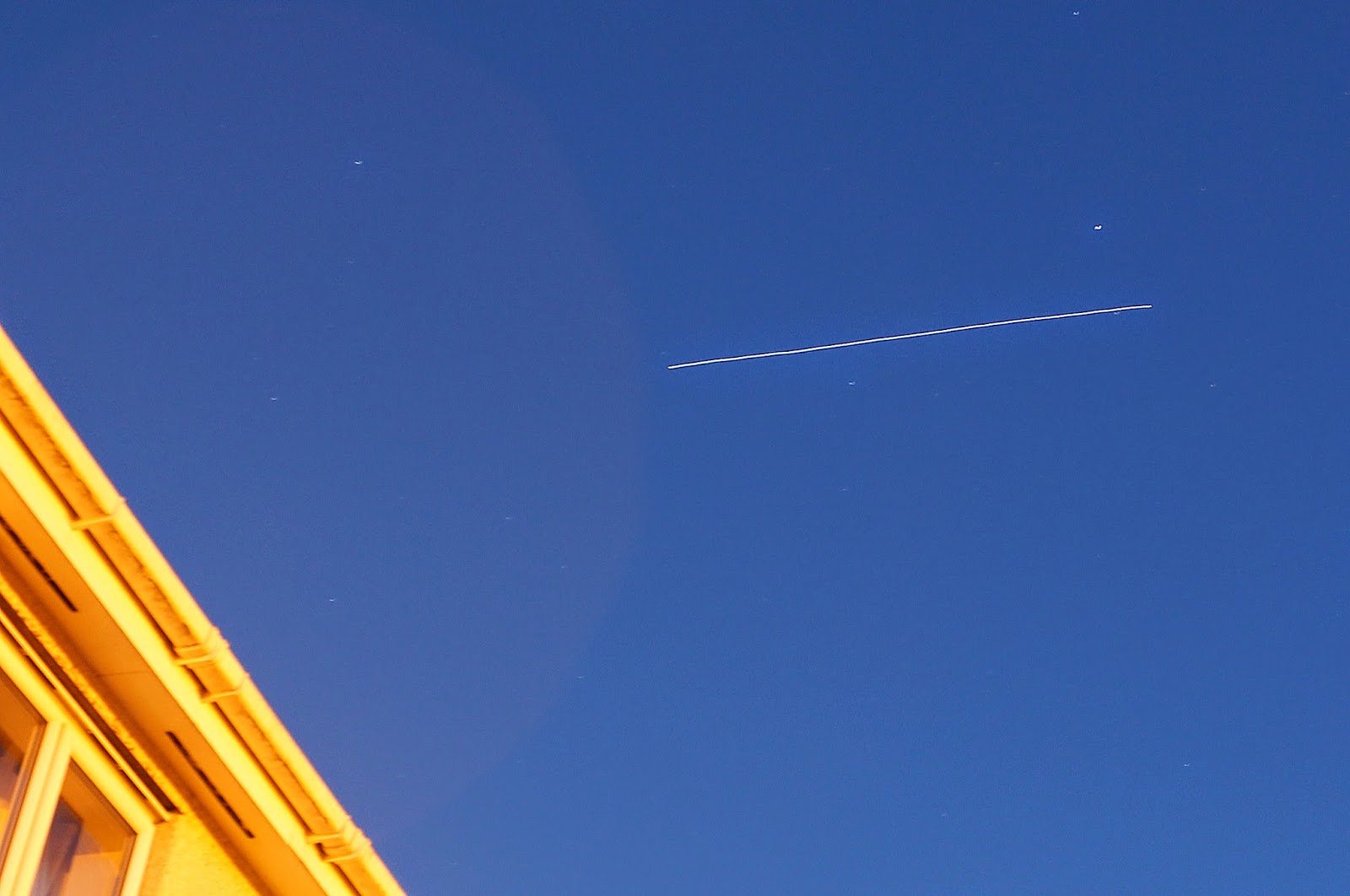 After news was realeased about a probable Ferruginous Duck at Gosforth Park on Saturday, I was looking forward to seeing what would come of the bird. This morning we woke up to the news that it was still present yesterday evening.

We set off to Gosforth Park thinking that we would have to wait hours for the Duck to show. Thankfully that wasn't the case, just 45 minutes after we arrived the smart male Ferruginous Duck showed well on the water for a couple of minutes, before heading back into the reeds.

It was another half an hour before it reappeared, flying off into the reeds. I'm pretty sure everyone is in agreement that the bird is pure, and it's on my list. 2 Swallows were also at Gosforth Park.

After seeing the Duck we headed for Druridge Pools, hoping to get Egyptian Goose on our county lists. At Druridge Pools there was no sign of the Goose but 4 Ruff, 2 Black-tailed Godwit, 3 Pintail, a White Wagtail and a fly through male Marsh Harrier and a Common Scoter.

Just as we were leaving we were told that the Goose was at East Chevington. Sure enough when we arrived the Egyptian Goose was in the field west of the South Pool with Greylags. They all flew off after about 15 minutes. The Black-throated Diver was also still on the North Pool as well as 4 Red-breasted Mergansers and a female Marsh Harrier. A further 2 Pintail were at Cresswell with an Avocet.