Yesterday morning we relocated the adult Caspian Gull 'PKCS' back in Amble Harbour for its fifth summer running. A smart juvenile Wood Sandpiper was also on the reserve at Hauxley...

An evening trip to Boulmer today proved very successful with superb views of the adult summer Long-billed Dowitcher on the beach below the village, as well as 3 Mediterranean Gulls, 3 juvenile Yellow Wagtails, a Whimbrel, 32 Goosanders and a surprise fly-over Wood Sandpiper... 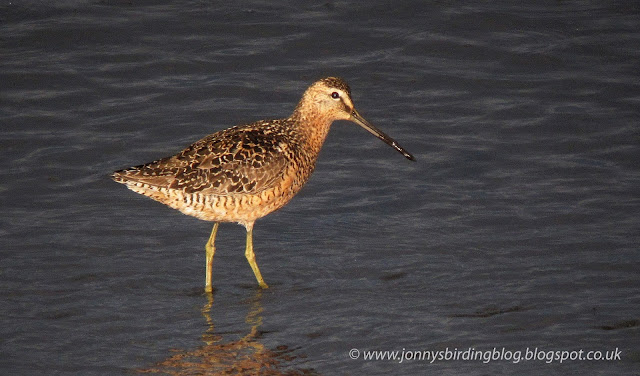 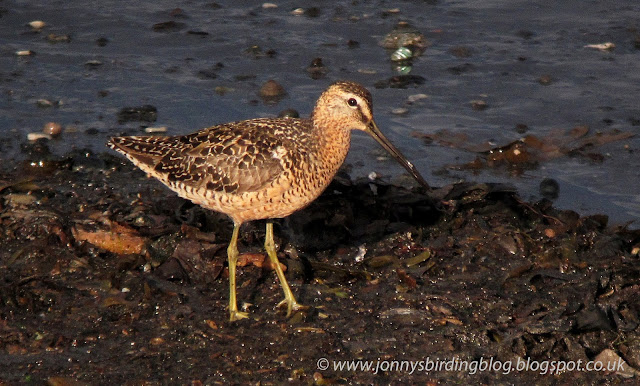 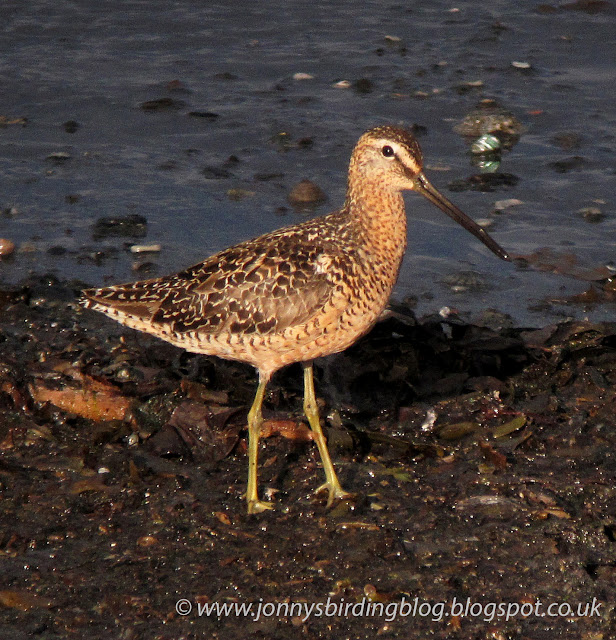 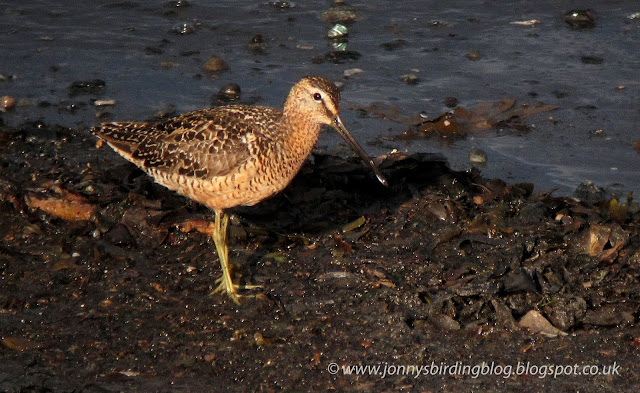 A visit to relatives in Yorkshire yesterday afternoon also gave us the chance to catch up with the first-summer Sabine's Gull at the nearby Nosterfield reserve. For most of the time it was giving very close views on Kiln Lake, although the light was very poor, and it did occasionally fly around...

Other wildlife seen around the reserve included a Scaup, Avocets, Black-tailed Skimmers, an Emperor Dragonfly and both Purple and White-letter Hairstreaks... 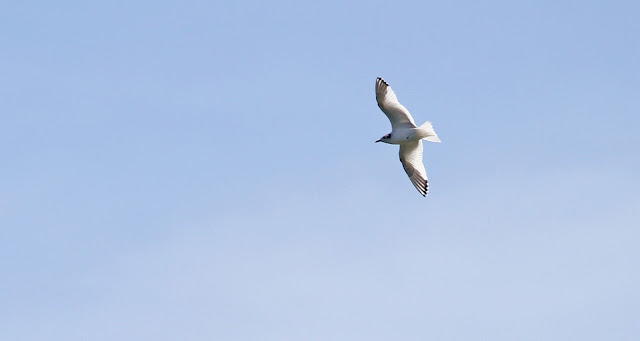 Had another trip to the patch yesterday evening, which again proved to be surprisingly successful. Druridge Pools held another nice selection of waders, the best of which was an adult Pectoral Sandpiper. Four different Wood Sandpipers were visible at the same time, while other waders included a Little Ringed Plover, Ruff and 16 Black-tailed Godwit.

Over the past couple of nights I have also photographed some great displays of noctilucent clouds, and I've attached my best efforts below... 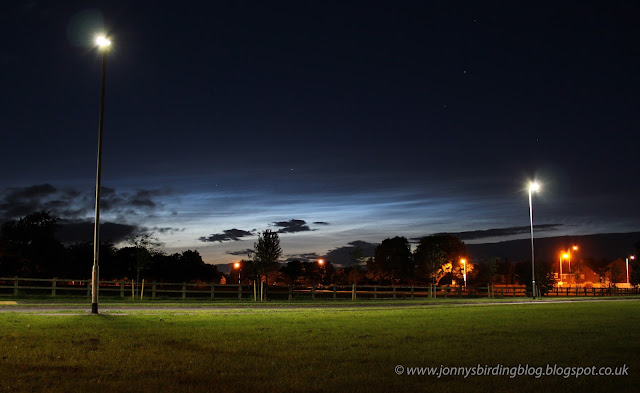 I have to say we didn't really have great expectations for today when we first set off, but it turned out to be a really good day of summer birding...

First up was Druridge Pools (via Bell's Farm where there was a couple of Little Gulls). A Green Sandpiper was showing well in front of the screen and the number of Black-tailed Godwits had increased to 19. The three Spoonbills also flew off heading west. We then heard news of a possible Pacific Golden Plover, so, given it would be a lifer for both of us and presented a bit of an ID challenge, we decided to go for a look. My dad may also be able to catch up with the Corn Bunting...

Unfortunately it was quickly apparent when we arrived that our target was no longer in the Golden Plover flock, but the lingering second-summer Glaucous Gull was snoozing on the rocks and the Corn Bunting was still around.

Just as we were getting ready to leave, news came on of a White-winged Black Tern at Chevington so we headed back that way. By the time we got to the bay, the stunning adult summer White-winged Black Tern had moved to Druridge Pools where it showed nicely on and off for the next hour or so. Such good birds! Two Greenshank and a Ruff also appeared here.

Finally we had a look for orchids in the dunes at Chevington, which resulted in 5 different types being seen, and we also got onto a Red Kite moving inland which had been spotted just to the north by other observers, providing me with a very welcome patch tick!