Good numbers of Eurasian White-fronted Geese were in the bay this morning with 33 south over Druidge Pools and probably another 9 at Cresswell, along with a Barnacle Goose. Today the Budge Fields held 6 Black-tailed Godwits along with the Ruff. 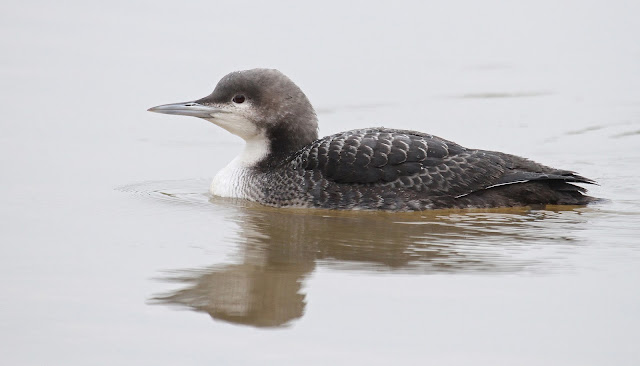 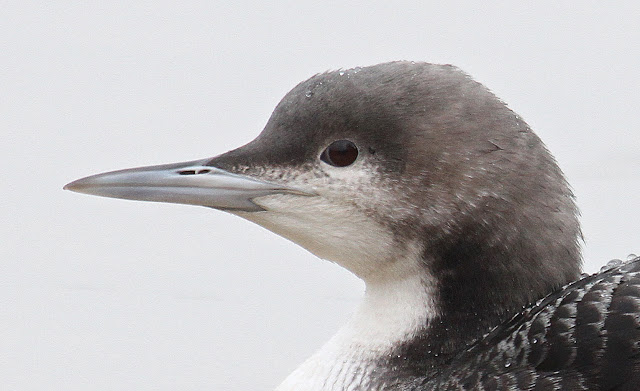 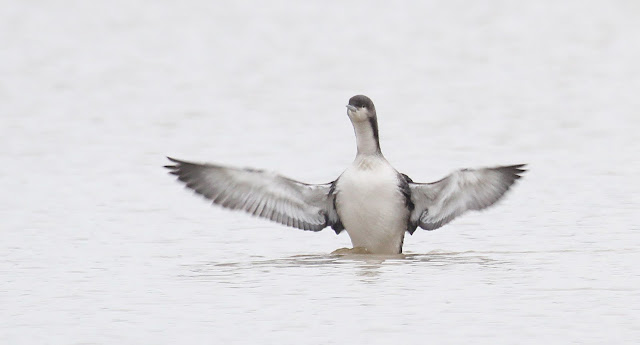 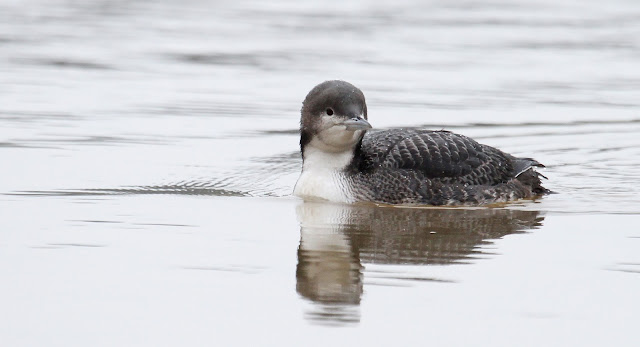 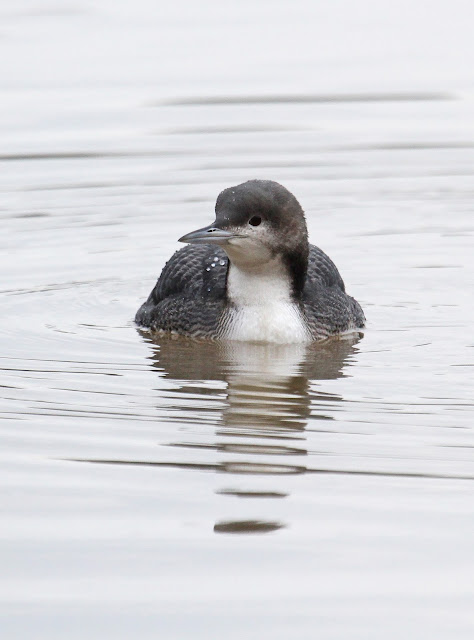 70+ Waxwings in Morpeth were also a nice bonus... 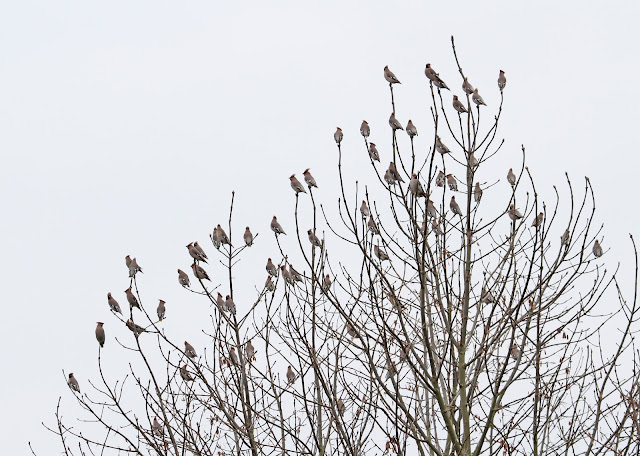 While in the evening a trip to a Gateshead Red Kite roost with the NHSN resulted in 30+ birds seen, along with a couple of Dippers. Very nice.

After a very tense wait yesterday evening we set out before first light to head to Chevington. Once we arrived it was quite misty, but before long we were able to pick out the first-winter PACIFIC DIVER swimming around at the north end. The scope views we really good from the L-shaped hide. It wasn't the most obvious bird so I've decided to discuss a few of the ID points below....

Other birds around the reserve included 10 Scaup, the 7 Shore Lark and around 70 Twite.

Head shape and jizz
I felt that the head shape varied a lot with what the bird was doing, just after surfacing or in a period of more frantic feeding the head shape looked more like a Black-throated, but most of the time when the bird was preening or relaxed it looked much more rounded, exactly like I would expect from a Pacific. Over the hour or so we watched the bird this morning it did feel slightly 'different' to me - smaller than what I would expect from a BTD (being not much larger than some of the ducks), with a slightly thicker neck and, most of the time, a slightly rounder head. The bill also looked smaller and this was perhaps the most obvious difference.

Nape
To us the nape looked a paler grey than on BTD and made it seem almost velvety, which along with the slightly thicker neck and rounder head gave it a more gentle look.

Chin strap
While watching the bird from the hide we did think that the bird showed a faint chinstripe, but later photos taken a the country park seemed to show it was extremely indistinct if present at all.

Vent strap
Very easy to see when in flight or preening.

I'm definitely no expert on Pacific Divers (having never seen one before!), but despite photos from DBCP showing a more BTD head shape, I'm still convinced that it is a Pacific Diver. A big well done to the guys who flagged it up in the first place! Martin Garner's Frontiers in Birding had a great article on the ID of these two divers. 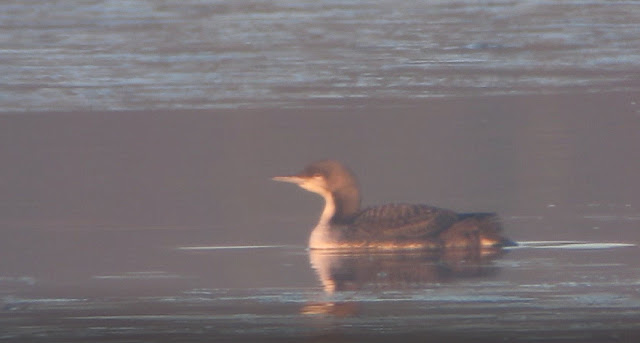 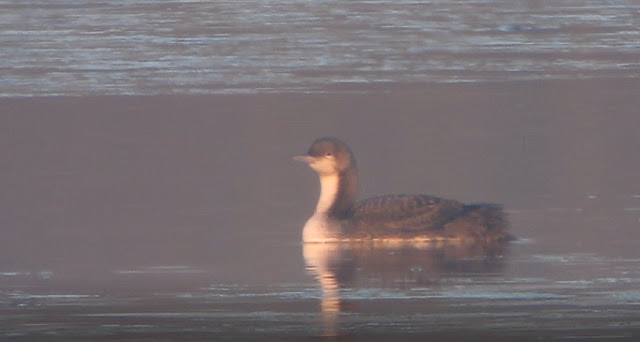 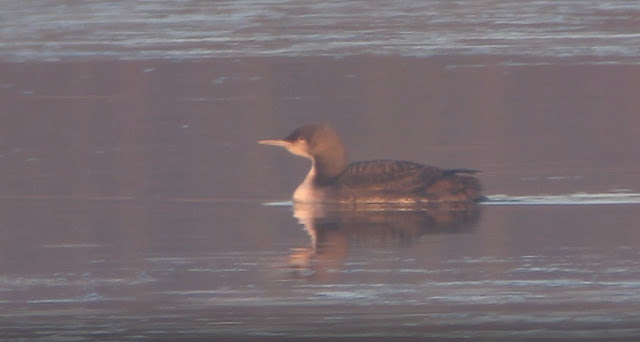 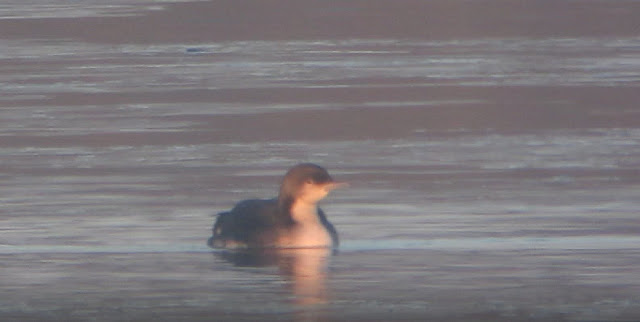 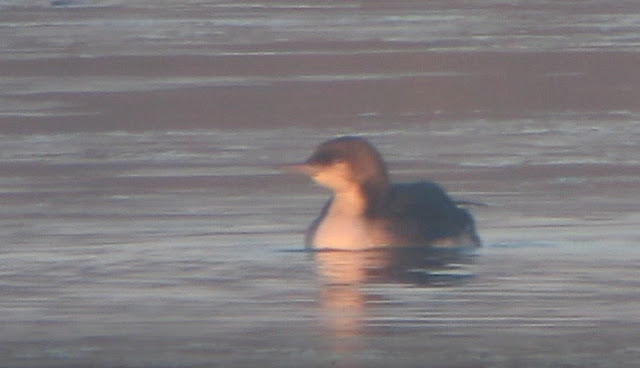 A nice hour or two at the Fish Quay this morning produced good views of the white-wingers as well as an escaped Gyr-type falcon flying over the river... 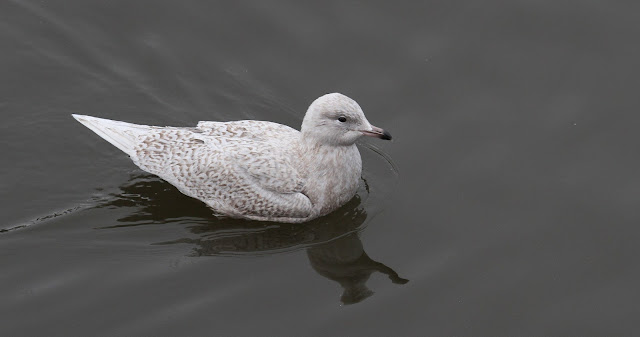 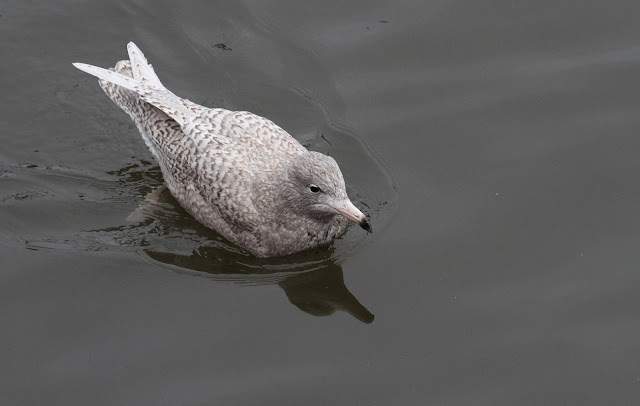 It was quiet on the patch today, with our mission to find our own white-winged gulls being unsuccessful. The seven Shore Lark once again at Chevington burn mouth were probably the highlight with 10 European White-fronted Geese and a female Scaup on the north pool. Two further Euro White-fronts were at Cresswell along with a Barnacle Goose, while Peregrines were at Widdrington Moor Lake and Coquet Island. Finally this argentatus or 'Scandinavian' Herring Gull was at Amble...

Shore Larks
Posted by Jonathan F at 21:02 No comments:

A slightly late post, but we managed to get the patch year list off to a great start on Sunday - seeing a total of 89 species throughout the day. Out first stop was Hadston Carrs where a half hour seawatch resulted in a Long-tailed Duck and Great Northern Diver.

When we pulled up at Chevington the 7 Shore Lark flew over the parking area, while the north pool held a moulty drake Scaup and a scruffy drake Red-breasted Merganser. We were also really pleased to get a flight view of a Bittern - a species which completely eluded us last year.

Druridge Pools produced a single Ruff and Black-tailed Godwit, while the Hen Harrier was once again patrolling the area.

Another nice surprise was a juvenile Glaucous Gull which I picked up flying in off the sea over Hemscott Hill. It cirlced a couple of times before flying back out to sea again. 7 European White-fronted Goose were with the Pink-feet just north of Cresswell. A return visit to Chevington produced 5 more White-fronts flying over north.