When we set off this morning we just hoped to catch up with the adult Bonaparte's Gull at Stag Rocks. We didn't think much else would happen but of course you never know with birding...

On arrival at Stag Rocks, the adult Bonaparte's Gull was the closest bird in the surf and provided some really nice views before it took of with a small flock of Black-heads, circled a couple of times and landed on the sea much further out.

We decided to start scanning the rest of the sea hoping for a grebe or Long-tailed Duck. From the parking area we could only pick up a single Great Northern Diver so we walked north to scan from the lighthouse. There were a couple of Puffins offshore as well as a Long-tailed Duck, but it certainly wasn't our most memorable visit at that point.

However, that changed when I picked up a large diver about half way out to our north-east. The view wasn't great with it slightly in silhouette but something about it demanded attention - I think it was the way it held its bill - exactly like how a White-billed Diver would. After a few seconds it turned to face a different angle and I saw what I thought was an unmarked yellowish bill.

My dad had a look through my scope and was also interested immediately. I rang SS and JWR who were looking from the top of the bank, and it turned out they also had briefly seen a large diver but left it as a Great Northern. However, on having closer views when they joined us by the lighthouse they also agreed that we had a found a White-billed Diver!

After a while, the bird made its way a bit closer and I managed to digiscope a few record shots before it drifted south and further out again. When at its closest the scope views were excellent and we were even able to easily pick out the white spotting on the back of the adult Diver. By the time we left, it was out towards the Farnes but did briefly spend some time alongside a Great Northern, providing a great comparison.

Other stuff offshore included 7 Long-tailed Ducks, at least 2 Great Northern Divers and 3 Red-breasted Mergansers while 145+ Purple Sandpipers were on the rocks. Just as we were leaving a group of 7 Snow Bunting flew south quite high.

Before heading home we made a detour to Newbiggin where a first-winter Red-backed Shrike had been found earlier in the day. We arrived to find it showing nicely around the tank blocks at Church Point, though it did look a bit bedraggled in the rain! This December record is unheard of in the county previously, and looking at birdguides it seems to be just the fourth December Red-backed Shrike since 2001. 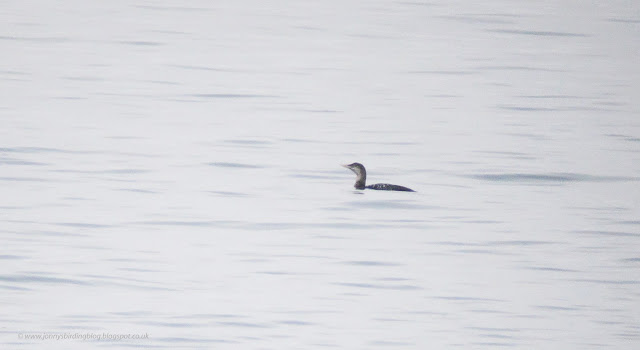 Some videograbs along with the videos below... 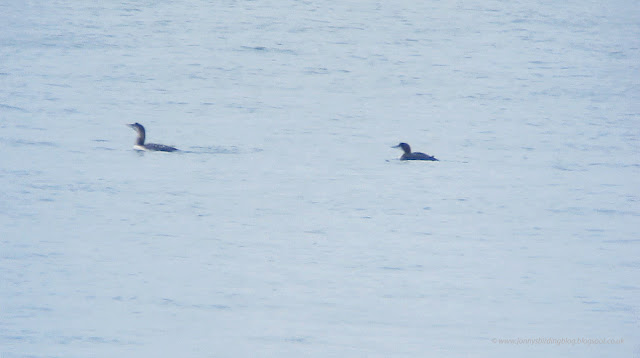 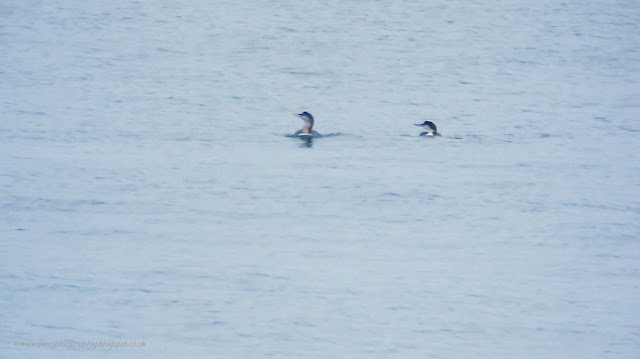 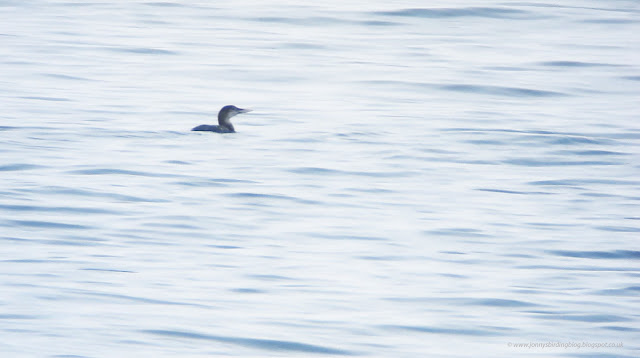 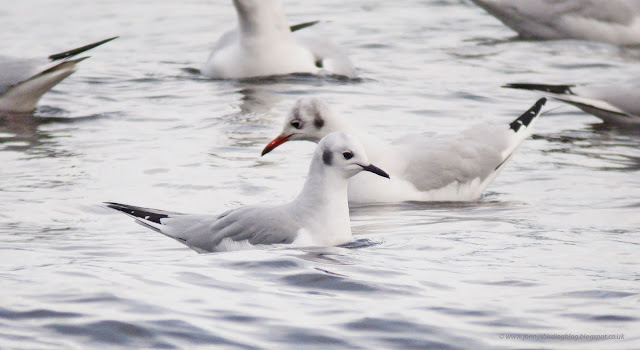 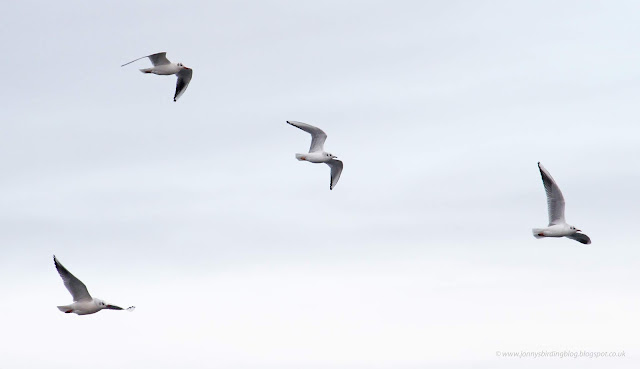 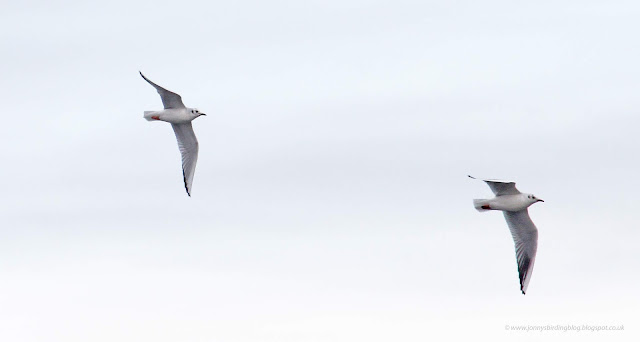